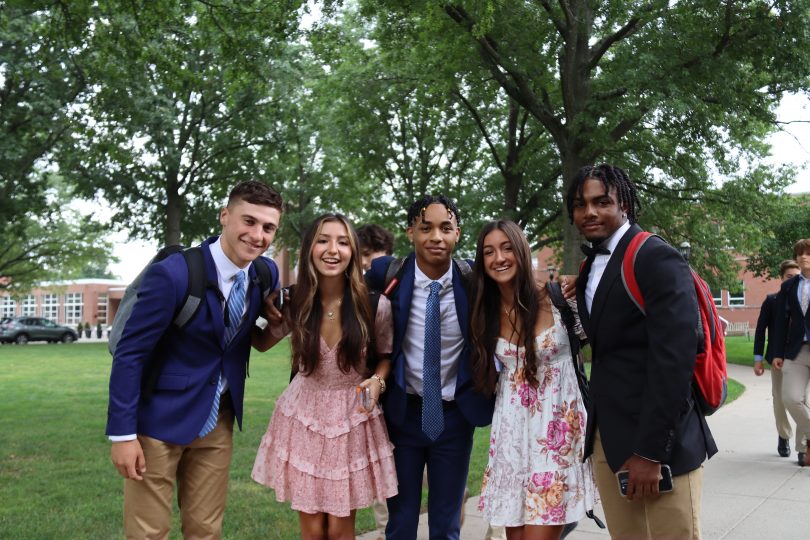 With great anticipation, Kingswood Oxford opened its doors to 501 students for the 2022-2023 school year with its celebrated Convocation on Monday, Aug. 29.

This year started on an upbeat, virtually mask-less note, a positive change from the COVID disruptions in the years prior. The sea of beaming faces of the full student body of Middle Schoolers and Upper Schoolers assembled in the Roberts Theater was a harbinger for an exuberant year ahead.

Head Prefect Faith Potter launched the ceremony by musing on her journey over the past three years and sharing what she wished she knew as a freshman. She told the students to give themselves grace and not to self-criticize. The hard work that the students have done, she said, has led them to this point to achieve positive things. She urged the students to live a life of love and surround themselves with people that they value and in turn value them for who they are.

Speaker Frank Pu, an international student, shared that in his freshman year he was so “green” and unskilled at his English that he thought he would have to rely on Google translator throughout his years at KO. However, judging from how Pu captivated the audience with his humourous and warm talk to the audience, he has mastered his public speaking skills.

He said that because KO is an inclusive community he was able to harness his potential. Everyone in Pu’s orbit helped him navigate the challenges, and his advisee group gave him the confidence to start a  Dance Club and run for student leadership positions.

“Don’t the present define your future,” he said. “Try new things, make new friends, and new interests. We can do more than we think is possible. Nothing can stop you from achieving your goals.”

Head of School Tom Dillow discussed the school’s core value of “care beyond self.” He believes that the core value involves doing – not just feeling concerned about impoverished communities around the world and in this country, the plight of others, racial inequities, and anti-Semitism. The core value asks us to do something and provide help.

Dillow used the life of Dr. Paul Farmer who revolutionized world health as an exemplar of KO’s core value. Farmer believed that the poorest of the world deserved the same health care as the richest nations. His life’s mission was to do something about the issue by addressing systematic problems like poverty, education, and access to clean water. Farmer’s organization, Partners in Health, transformed health care in Haiti, Peru, and Rwanda by not just raising money but by providing health access and truly understanding the communities in which he served. 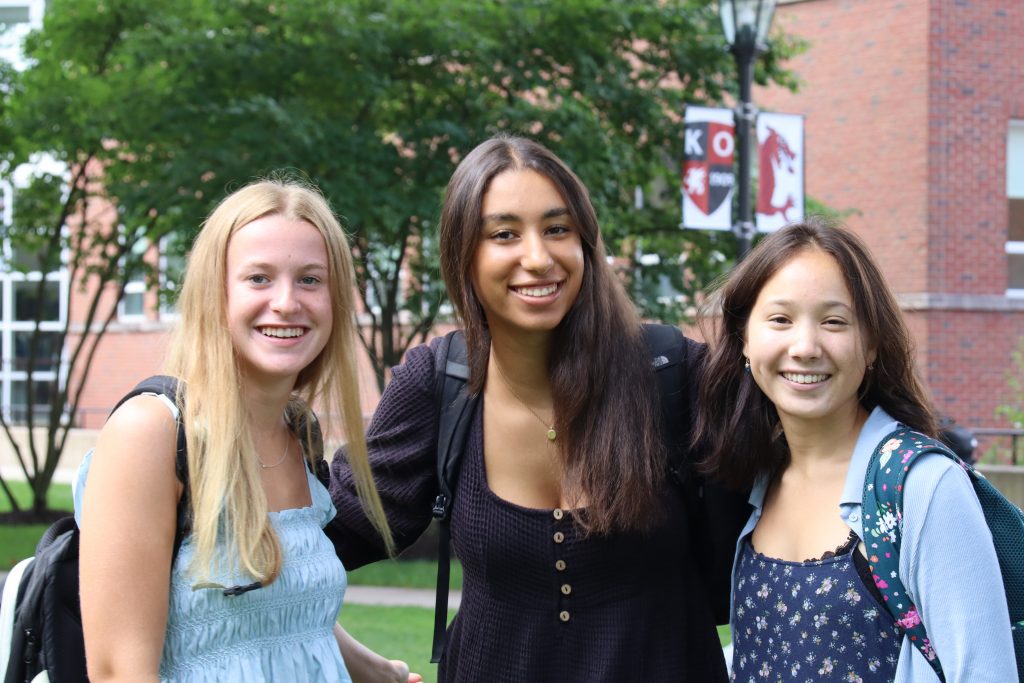 The class flags which are displayed at the Commencement ceremony were presented to Upper Prep, Class of 2029 Gabe Chapman and Lina Shaffer and to Form 6, Class of 2023 (for significant and unique contributions to community service) Shoshana Levy and Annabelle Jacobs.

The presentation of the Senior Class Shields which the senior class carves their initials in during Senior Week in May was presented by Dan Gleason and Form 6 Dean Ron Garcia to Form 6 President Jacob Joseph and Form 6 Vice-President Mac Louis.