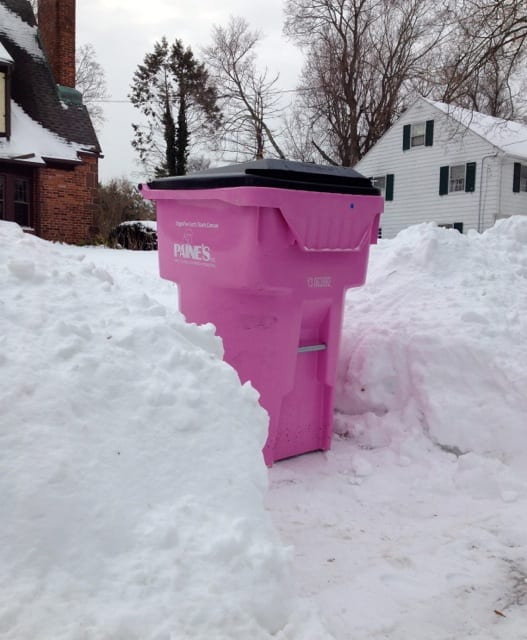 A cut-out is a good way to keep the barrels out of the street. Photo credit: Ronni Newton

There is no delay in pick-up in West Hartford due to Monday’s snowstorm. 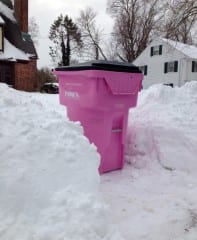 A cut-out is a good way to keep the barrels out of the street. Photo credit: Ronni Newton

There may have been more than a foot of snow that fell on Monday, but that has not caused a delay in pick-up of trash and recycling in West Hartford this week.

The Department of Public Works has reported that they have received many calls from residents who believe that Mayor Scott Slifka’s most recent Everbridge call mentioned a delay, which it did, but that was due to LAST week’s blizzard.

Paine’s, West Hartford’s refuse and recycling contractor, reports that all routes are running on schedule this week. When there is a delay, that information will be posted on the Paine’s website.

The Department of Public Works and Paine’s ask that residents place barrels 2 to 3 feet back from the road, not in the street. That’s particularly important when plows are trying to clear the snow from the street. It’s a challenge, but isn’t everything in the winter in New England?

[Editor’s note: Yes, that’s my own pink trash barrel in a cut-out we shoveled in the strip between our sidewalk and the road. The pink barrel is part of the “Let’s Trash Cancer” campaign. Visit the Paine’s website for details.]