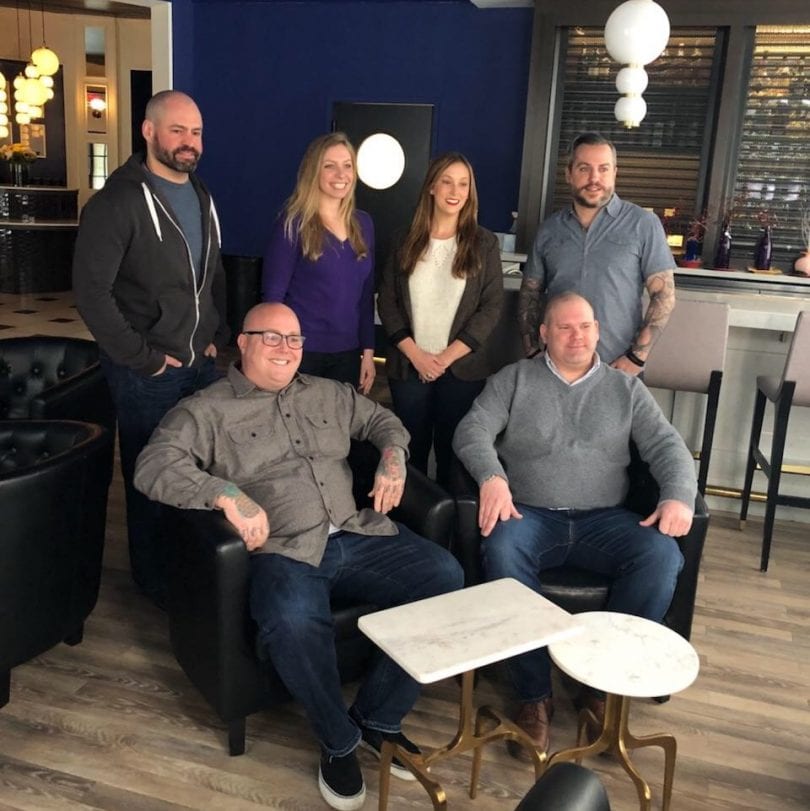 Tyler Anderson and A.J. Aurrichio, two of the partners in West Hartford’s Cook and The Bear, will pair up to open Porrón & Piña at the Goodwin Hotel.

The historic Goodwin Hotel in Hartford reopened in the spring of 2017 after undergoing a complete renovation, and a new team with a proven track record of success is now poised to reinvent the acclaimed hotel’s food and beverage operation.

Chef Tyler Anderson and A.J. Aurrichio, who are also partners and co-workers at the award-winning Cook and The Bear (West Hartford) and Millwright’s (Simsbury), will partner with hotel owners Charles Mallory and Randy Salvatore to operate a restaurant, cafe, and bar at the Goodwin Hotel. Mallory, the CEO of Greenwich Hospitality Group, is also an owner of West Hartford’s Delamar Hotel.

“This is a real opportunity for us to further put the Connecticut dining scene on the map,” said Anderson in a news release formally announcing the plans. Anderson just recently finished a run on the current season of Bravo’s “Top Chef,” and has earned multiple honors for his craft, including being nominated for “Best Chef Northeast” by the James Beard Foundation for the past four years and “Chef of the Year” in Connecticut by the CT Restaurant Association.

The Goodwin reopened last May with a French restaurant, Harlan Brasserie, but it closed within six months. 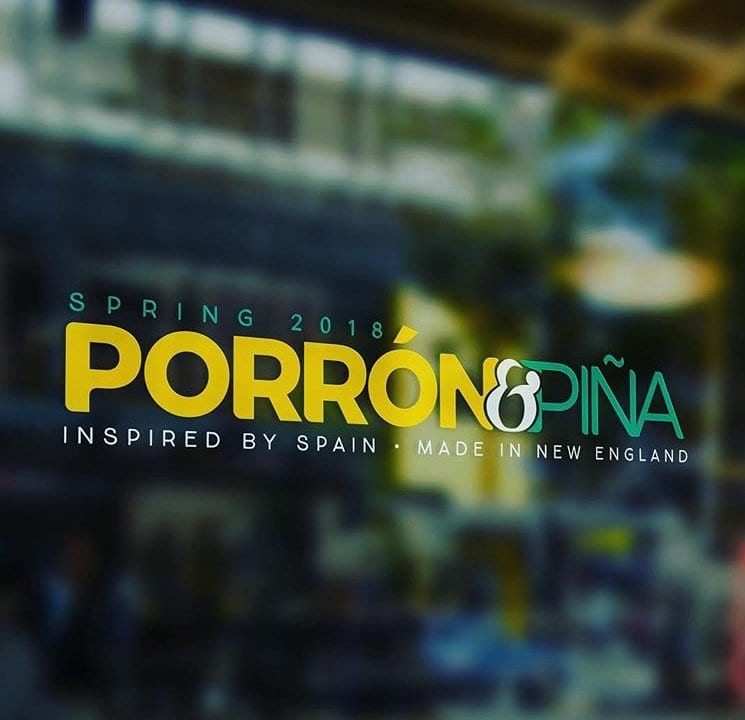 Porrón & Piña will open this spring at the Goodwin Hotel in Hartford. Courtesy image

Under the direction of Anderson and Aurrichio, the hotel’s restaurant and corner bar will be re-branded as the Spanish-themed Porrón & Piña offering a selection of à la carte Spanish steakhouse-style dishes. Plans are to open in April.

Native New England ingredients will also be incorporated into the tapas-driven menu, and Restaurant Porrón will feature an open concept “ham bar” where guests will be able to watch the chefs assemble platters of hams, charcuteries, and cheeses.

An expansive selection of 60 wines by the glass will be offered, along with local draft beers and signature gin and tonics.

In addition to Porrón & Piña, the team will manage the Goodwin’s events and will operate a breakfast cafe that will transform into Bar Piña in the evenings.

“There are so many moving parts to this operation that we wanted to assemble our version of a dream team, who will work with us to make this project a success,” Anderson said.

Chef Chris Bateman, whose diverse experience includes the Four Seasons and Jumeriah Dubai, has been tapped as executive chef of Porrón & Piña. “We now have four food and beverage operations to manage, it was crucial to me that we find a perfect candidate to take the spot of executive chef,” said Anderson. It’s not easy to find someone with the skills needed to deliver the level of quality we intend on having for the restaurant and events. Chris is a very talented guy who brings a great blend of hotel and restaurant experience, and I am very excited to be working with him.”

The Cook and The Bear’s Vanessa Tosi will serve as general manager for the new operation, while still remaining involved with the team in West Hartford. Anderson praised her “style of genuine hospitality.”

Piña, which is Spanish for “pineapple,” the symbol of hospitality, will welcome guests just off the lobby as a coffee and doughnut bar by day and cocktail bar by night. The decor will pay homage to Hartford’s history.

Artisanal coffee from Canton-based Giv will be featured, along with fresh-squeezed juices, house-made granolas, and an array of breakfast sandwiches including Spanish-style tortillas. Sweet tooths will be delighted by hand-crafted doughnuts and pastries created by Kristin Eddy, the award-winning pastry chef of Cook and The Bear and Millwright’s.

“When we were looking at this project it only made sense to bring Kristin along. She’s amazing and everybody loves the pastry and donuts that Kristin and her team make. This project gives us the opportunity to build Kristin a true full service bake shop,” said Anderson.

The cocktail menu at Bar Piña as well as at Restaurant Porrón and for private events will be under the direction of Tim Cabral of Ordinary in New Haven, a long-time friend of Anderson’s. The beverage menu will include classics and Spanish-inspired cocktails, many crafted from house-made Vermouth.

The team also includes Catering Sales Director Heather Schold, formerly head of Custom Events at the Hartford Courant and owner/president of Greystone Event Management, who will coordinate events for groups ranging from 10-700 guests.

“We felt Heather would be a great fit to work with us here, not only does she have an intimate knowledge of what the Hartford business market is looking for with events, but she also has the creative ability to bring an outside the box way of thinking which will help us create very unique events,” Anderson said.

The “moving parts” to which Anderson referred include even more exciting plans: an 11-acre farm that the team will manage and a future Hospitality and Culinary Management School that will be housed at the Goodwin Hotel.

“Finding, training, and retaining good staff continues to be a struggle for restaurants across the country,” said Anderson. “Our thinking is if you can’t find them, make them.”