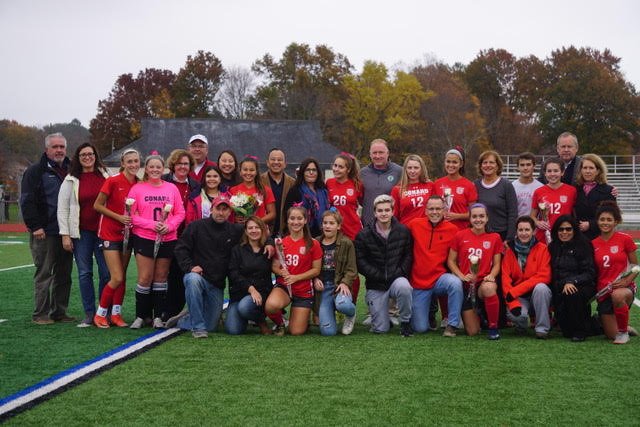 Conard girls soccer slowed down – but couldn’t get past – a strong Southington team on Senior Day.

Facing the top team in Class LL, Conard girls soccer head coach Meg Cersoimo said the Chieftains were “almost there” in a 2-0 loss to Southington Tuesday afternoon at McKee Stadium in West Hartford.

“It’s nice to play teams twice because the first time, we sort of were on our heels, and this time we battled back,” said Cersosimo. “I thought we played a great game. It certainly wasn’t perfect, but we battled. I thought we played a great defensive game. We stopped them in doing what they were comfortable in doing, and that was sort of our goal.

“I would like to have had a better outcome, but a 2-0 game against a very good team and a very disciplined team is almost there.”

While Southington (13-0-1) maintained possession for most of Tuesday’s contest, Conard (6-7-1) limited the visitors’ chances. Conard defenders made plays to deflect or force shots wide on multiple occasions.

Allison Carr scored first for the Blue Knights on a header with 16:35 remaining in the first half. Abigail Sowa added another goal to make it 2-0 at the 13:59 mark.

Madison Lopol and Saige Rovero gave the Chieftains two of their best scoring opportunities late in the second half. Lopol sent a cross into the box near the 12:30 mark, while Rovero tallied a shot on goal from close range with 8:50 to play.

“I only had them for one year, but as I’ve gotten to know them, they are a very disciplined and hard-working class, and they bring a lot of pride and commitment,” said Cersosimo. “We’re super lucky to have had them, and we certainly are better for having had them, and we’re gonna miss them next year.”

Conard finishes its regular season against West Hartford rivals Northwest Catholic (7-5-2) on Friday and Hall (7-5-2) on Monday before moving on to the state tournament. Cersosimo said she looks to see the team continue to improve heading into the postseason.

“We love those rivalry games,” she said. “Both are well-coached and disciplined teams. We’re just looking to continue to work on our game. Like I say all the time, ‘It’s not where you start. It’s where you finish.’ We’re looking to finish really strong in these last two games.” 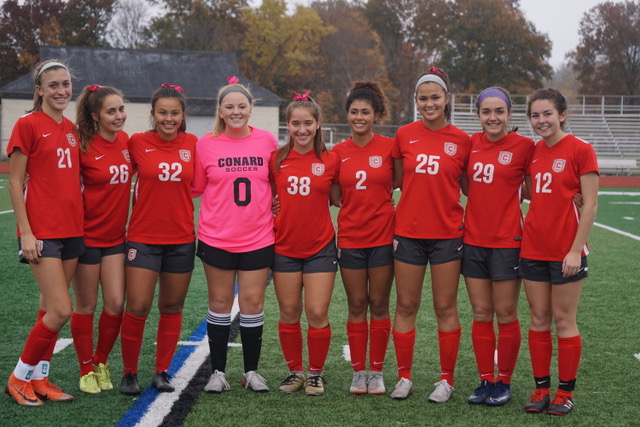 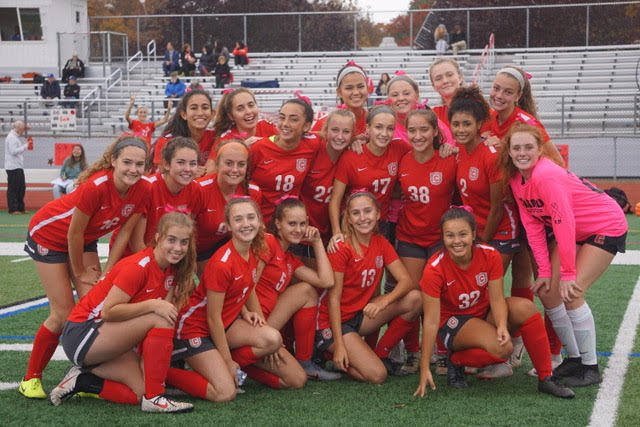