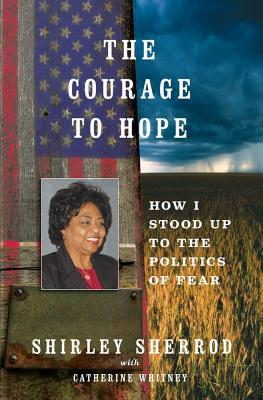 Author and civil rights pioneer Shirley Sherrod will be the featured speaker in a community conversation series in Hartford.

Shirley Sherrod, longtime civil rights activist and author of “The Courage to Hope,” will be in Hartford as the featured speaker of the annual Butch Lewis Community Conversation series.

Sherrod will speak Tuesday night, April 10, at 6 p.m. in the Hartford Public Library’s Center for Contemporary Culture on the topic “Standing up to the Politics of Fear.”

Sherrod, who lives in Albany, GA, formerly served as the head of Georgia’s United States Department of Agriculture (USDA) office, and garnered national attention in 2010 when a rightwing website posted a videoclip portraying her as a racist who denied assistance to white farmers. Forced to resign by the Obama administration, Sherrod was later vindicated when it was revealed the clip was intentionally edited from its original context.

The UConn Barnes and Noble Bookstore will sell copies of Sherrod’s book before and after the event. Refreshments will be available at 5:30 p.m.

Sherrod, whose father was shot and killed by a white neighbor, was a leader in the Student Non-Violent Coordinating Committee (SNCC) in the Jim Crow South. In the ‘60s, Sherrod and her husband started New Communities, a collective farm considered the model for the current community land trust movement.

On Wednesday, April 11, Sherrod will participate on a panel to discuss community land trusts (CLTs) and the potential application of the CLT model in Hartford. The panel will be moderated by Laura Settlemyer, Executive Director of the Hartford Land Bank, and will feature other nationally known leaders of the CLT movement. The panel discussion will be held in the community room at the Wilson-Gray YMCA, 444 Albany Avenue, from 3-4:30 p.m.

Both events are free and the public is encouraged to attend.

About the Butch Lewis Community Conversation: The Butch Lewis Community Conversation is organized each spring in honor of former Hartford civil rights activist Charles “Butch” Lewis (1944 – 2015). Lewis was co-founder of the Hartford chapter of the Black Panthers and a longtime north end resident and civic leader. The annual event features conversations with civil rights leaders from across the country.

The presenting sponsor for both events is Hartford Community Loan Fund (www.hartfordloans.org). For more information, contact Rex Fowler at 860-969-3001, or [email protected].