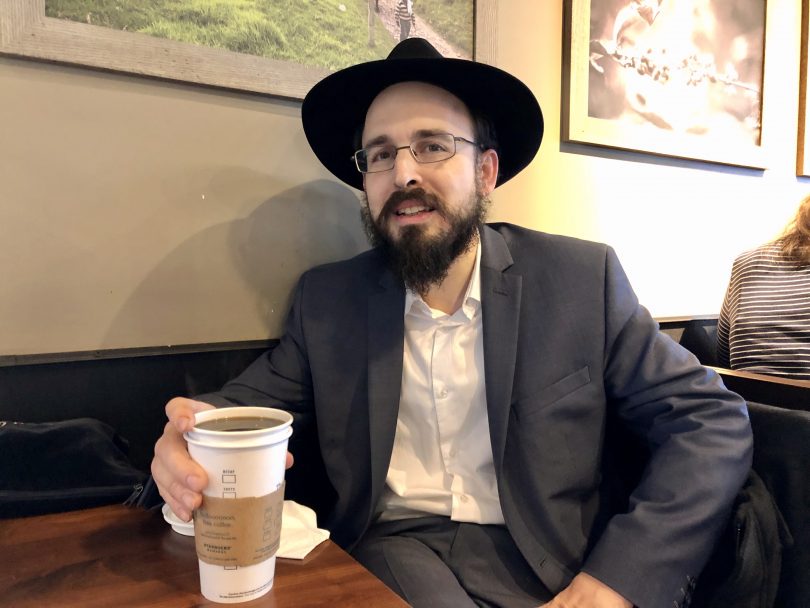 Rabbi Shaya Gopin recently sat down with Ronni Newton for a light-hearted conversation about the man behind the job. ‘Coffee with …’ is a monthly feature that appears in West Hartford LIFE. This piece appeared in the February 2020 issue. 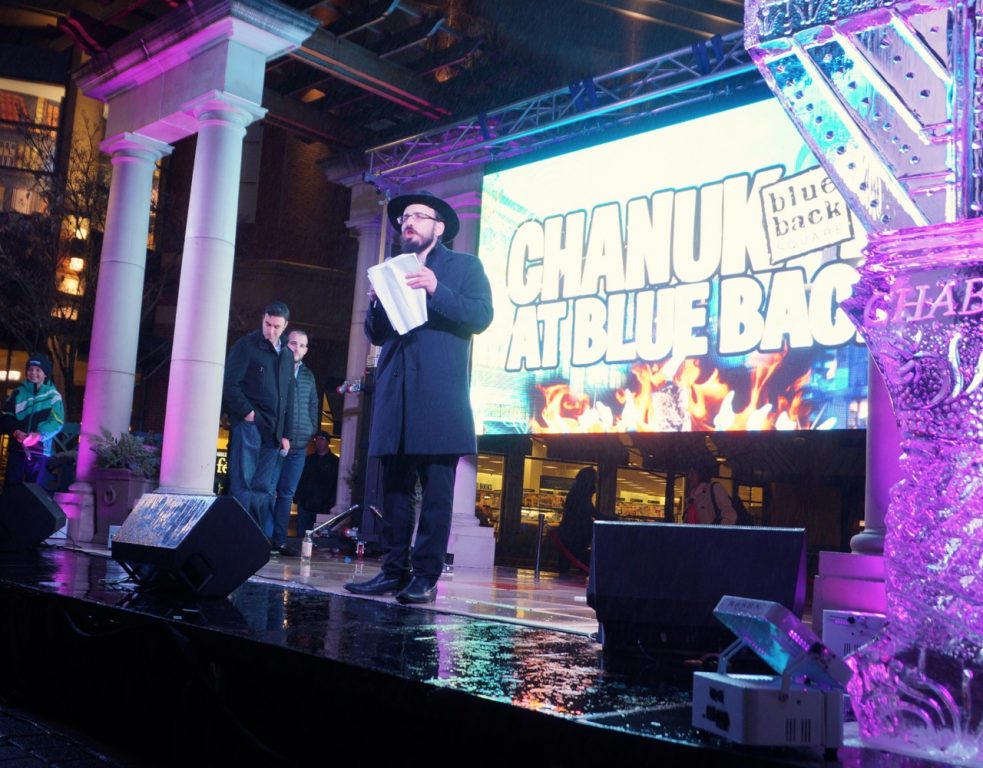 Rabbi Shaya Gopin is pretty sure he is the only rabbi currently serving the West Hartford community who was born and bred in town.

His parents, Rabbi Joseph and Miriam Gopin, came to the area in the late 1970s to open a branch of Chabad, and as he grew up, so did Chabad of Greater Hartford. It moved from a living room, to a transformed house at 798 Farmington Ave., to the current building at 2352 Albany Ave. and locations in New London, the Farmington Valley, and Glastonbury.

A major goal, the mission of Chabad is “to make Judaism more accessible to people who might not be familiar with it,” Gopin said, to connect people to their Jewish roots and heritage through education and other programming.

And although Chabad – which is international in its reach – is an Orthodox Hasidic movement, its members are open and welcoming to all and stress outreach and activities that involve the entire community such as the annual “Fire on Ice” Chanukah celebration in Blue Back Square. Even though the Jewish community in West Hartford has a long and strong history, Gopin said Chabad’s objective is to educate those who might not otherwise be inspired.

Gopin went to the local Hebrew Academy of Greater Hartford (preschool through middle school) and for high school attended Yeshiva in several locations before returning to West Hartford.

He grew up more religiously observant than his many of his West Hartford neighbors, Gopin said, but never felt alienated and thinks it may have encouraged him to be more outgoing. It is custom, however, for those who are observant, that men only shake hands with other men and women only with women. (I knew that before we met, so I wasn’t surprised.)

Gopin, 38, is married to Shayna, a native of New Orleans who also grew up with a family that was active in establishing a Chabad branch. The couple has six children, ranging in age from 12½ to 7 months. The children are all involved in Chabad, and have very important roles, he said.

We met for coffee at Starbuck’s in Bishops Corner.

Coffee order: “I take it black, without any sugar. When I was younger in school I used to have it with milk and sugar but living here there’s a certain type of Kosher milk I used that’s not always accessible. And at age 28 I found out I was diabetic, so I dropped the sugar also and I really don’t miss it. … Hot coffee, but if I need a push I can take coffee in the pot that’s already old.”

Occupation: Rabbi with Chabad of Greater Hartford. He (with his wife) is director of Chabad’s Friendship Circle and he is also director of education and director of a lot of the programming in the community.

Best advice received: During Yeshiva, a lighter study session, my study partner wasn’t there and I was sort of wasting my time, fooling around, I was a teenager. And I remember one of the rabbis I really respected came over to me, and he had a very serious face and he told me in Yiddish: “This time you’re wasting, you’re never going to get it back again,” and then he broke out in a smile. He was chastising me, but friendly telling me.

Title of your autobiography: Ask Not What I Need, Rather What Am I Needed For

Biggest fear: Not maximizing my potential, in personal things and in the ability to impact my community in my role.

Words of wisdom for your younger self: Live in the moment, try to stay happy and above things, don’t let things take you down

Favorite tradition: Walking with my boys on Shabbat through West Hartford and we’ll talk, they’re young and they have that openness … the Shabbat table … the pleasure of the children around the table. Each one going around and sharing, the feeling of warmth and family that’s enjoyable.

Favorite sport/team: I enjoy playing more than I enjoy watching … but I’m not so athletic. I enjoy hockey the most.

Defining moments: There was a moment when I was 14, and I was at a point where I was a good boy but wasn’t taking life so seriously. Someone, an older student in the rabbinical school, gave me a lot of attention. We had these discussions and he sort of just made me shift my thinking, take some responsibility for my life … it really opened my eyes. That’s when I had a shift in attitude toward my studies, it gave me a whole different perspective.

Remember me for: That’s almost as hard as the autobiography question … it depends who. My children I want them to have special memories of our relationship, that I gave them the guidance and the warmth that fortifies them. … I think when you live properly and you live inspired it inspires other people, and I hope that people that I’ve touched are able to feel I’ve related to that, that the way I lived my life inspired them to their own personal growth.

Hobbies: The honest truth is with six children I have a very busy schedule. Raking leaves with the kids can be the most enjoyable thing. People find it uncommon to have large families but it’s very exciting spending time with the family. I love skiing but I never go skiing. … I guess I’d say favorite hobby is personal study with a good study partner.

Dinner with someone from any age and time: Maimondes – a great Jewish scholar and philosopher who wrote on basically every topic from medicine to philosophy to Jewish law. He’s from the 1100s. I’d probably be in too much awe to eat dinner. The other one: My great grandchild. They’re going to be in a different era, a different perspective.