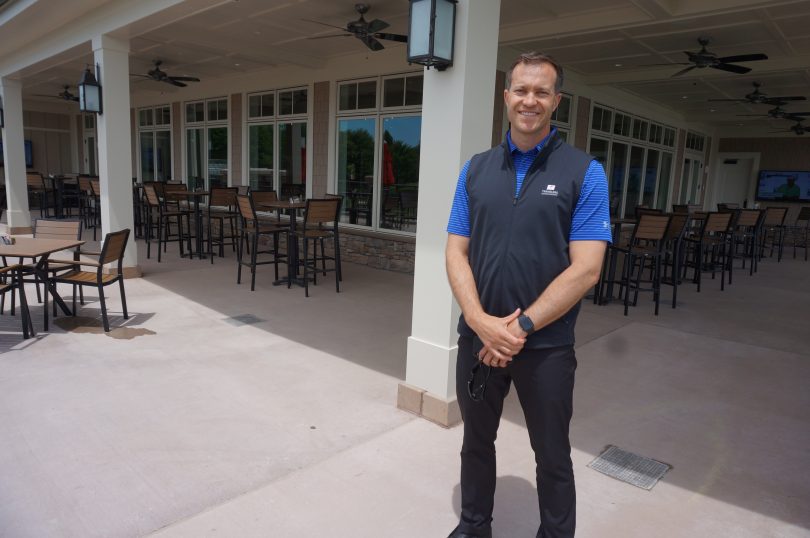 Travelers Championship Tournament Director Nathan Grube, a West Hartford resident, recently sat down with Ronni Newton for a light-hearted conversation about the man behind the job. ‘Coffee with …’ is a monthly feature that appears in West Hartford LIFE. This piece appeared in the July 2019 issue. 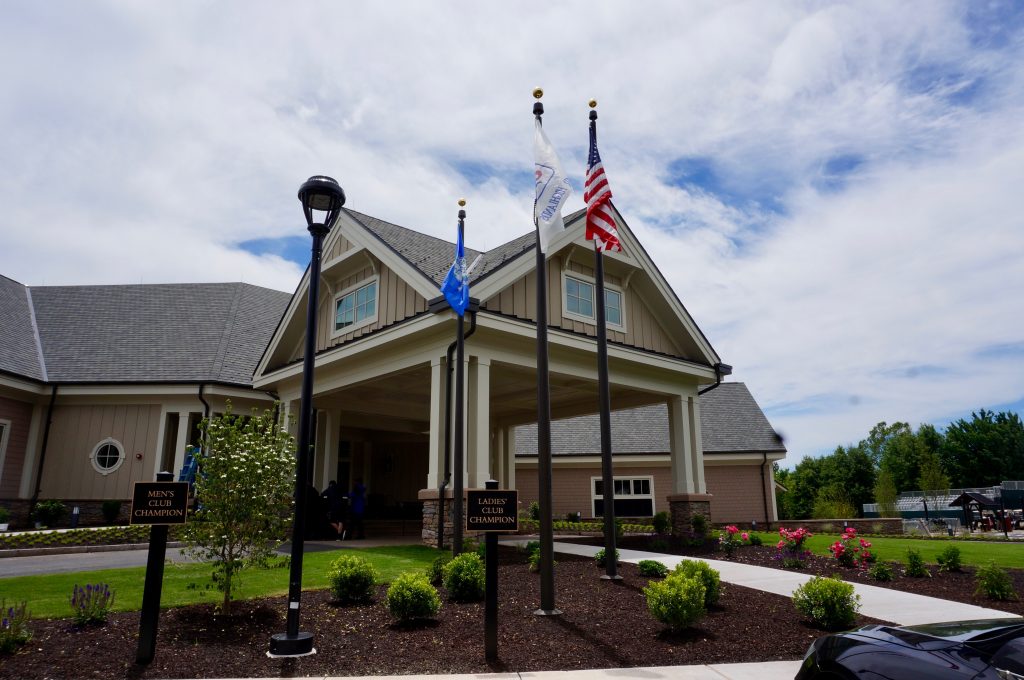 Nathan Grube headed north in 2005, moving from Jackson, Miss., where he was managing a PGA tour event, to take the position as tournament director of the Travelers Championship, which is held annually at the TPC at River Highlands in Cromwell.

A California native who graduated from Auburn, Grube had never been north of Washington, D.C.

At the time, he and his wife – an Alabama native he met in college – had one child, who was 2 months old.

“We had no idea where to live … We literally stumbled upon West Hartford Center, this was before Blue Back and everything. It was May, it was a beautiful day, kids, families everywhere, people walking their dogs. Literally my wife said, “If you put me within walking distance of this I’ll be okay.”

The couple, who started off living on Bretton Road, now have two children, ages 14 (son) and 11 (daughter), and are soon moving into their fourth West Hartford home. Their daughter finished up at Morley Elementary School in June, and will attend King Philip Middle School in the fall. Their son, who also went to Morley and King Philip, will be a freshman at Northwest Catholic in the fall.

Grube said he wanted to play professional golf when he graduated from Auburn, but after earning about $200 over the course of a few years, “realized very quickly that was not going to be what it takes to raise a family.”

He returned to school to become a PGA professional, and was an instructor for three or four years. He wanted to do something else in golf, and in the late 1990s was working at a golf course in Birmingham when a management company came in to host a tournament. “I saw all this coming to town … and I just became fascinated with the event side of the business.”

He went to work for the management company, and fell in love with that aspect of the golf business.

He and his wife were game to experience another part of the country, when he learned about the opening for the Travelers.

“It’s just, New England is like no place else in the country … There’s something very different about this part of the country.”

Just a week before the 2019 Travelers Championship was to begin, Grube took time out of his hectic schedule to sit down in the brand new clubhouse at TPC River Highlands to answer LIFE’s questions.

Coffee order: It depends on the time of day. I am addicted to coffee, to the point where I roast a lot of my own beans at my house and have become an actual self-proclaimed coffee dork.

How do you take your coffee? My favorite drink would be a very, very dark roast, brewed with a mocha pot, with a very fine espresso-ground dark roast bean, and a light combination of heavy cream, a little skim milk, and a little simple syrup …  All those different elements, when you combine them it’s 100 percent enjoyment. Also a fan of cold brew with just milk.

Perception vs. Reality: Running the Travelers is a 1 ½-year cycle, with 13 people working year round. There are other things that happen during the year, including a charity event, two other small golf tournaments, and a 5K road race. Beginning each January or February, there are 10 interns who join the team. There are also close to 4,000 volunteers. It takes a small army to put this on. It’s an interesting business model because the biggest product is the golfers, and there is no guarantee who is going to show up – no team – basically you need to build your field every year.

Best advice received: I’d say a good piece of advice is “If you’re willing to work hard enough you can outwork a lot of problems.” Another one is “Never take yourself too seriously.” You have to be able to laugh at yourself.

Title of your autobiography: “Dad Jokes Rule.” The look on my kids’ faces when I’m telling stupid dad jokes (which is often), the look of “really, dad,” it’s the most grounding look that a kid can give you. And no matter what you may think of yourself when you get a look like that from your kids it grounds you pretty quickly. And I think staying grounded in life is pretty important.

Top of your bucket list: Amalfi Coast. Some of the greatest memories are the trips we have taken as a family, but I’m not sure that’s a bucket list trip for the whole family, it’s a bucket list for me and my wife. Barcelona is also on our list.

No one would suspect: I think sometimes in my role with the tournament, I tend to be more serious with the public side of my job. My kids, when they see me on TV, they say, “Dad that’s your interview voice.” I’m a little bit more of a “dad jokes rule” type of person, a little bit more casual.

Biggest fear: The stuff that I can’t control, weather during tournament week. I start reading the Farmer’s Almanac in January. One year it said there was a tornado warning and there was one in Wethersfield that year. (Also, when he hears a family member say his name in a certain tone, he knows there is a creature in the house, something unpleasant, that he needs to deal with.)

Biggest adrenaline rush: I love to pretend that I’m not 44, and I love training for races, whether it’s a marathon, a half marathon. My buddies and I used to do those Tough Mudder things. Let’s just say my last Tough Mudder race my wife raised my life insurance before I did it. But I still love to do competition.

Words of wisdom for your younger self: Never take yourself too seriously. There’s a certain element of freedom kids feel coming out of college, but it doesn’t last. The golf term for it, or in any sport, it’s “playing afraid.” Don’t lose that innocence or freedom you felt when you started your career. Be who you are.

Favorite tradition: Fourth of July fireworks on the beach with the family. We try always to make sure that happens.

Favorite sport/team: This is going to be an easy out by I think golf is my favorite sport because it has that generational appeal. But also deep down I’m a Padres baseball fan.

Favorite food: Mexican food is by far my favorite, any form of it. Growing up in San Diego … the jalopenos, the spices.

Swore you’d never do, but did: Get a small dog. We now have a 95-pound lab and we have an 8-pound mutt, literally you can carry her around. I always swore I would never have a small dog, but sure enough life happens and we now have 8 pounds of fun that runs around with our giant Lab.

What do people not appreciate enough: The moment. I just feel like you can be in the moment, and embrace that – whether it’s a meal, conversation, roasted coffee beans.

Where everybody knows your name: We’re sitting there. Anything to do with the golf tournament.

Defining moments: I tried to walk onto the Auburn golf team my freshman year … I really wanted to go to a D1 school, I wanted to play college golf, big time college golf. It was an 18-hole tryout, and I was on the back nine, and I was one over … I had a 7-iron in my hand and I basically had a chance to get a birdie, maybe even an eagle, and that would have put me at par and the coach said you needed to be under par to even talk to him. I proceeded to hit three balls out of bounds with that 7-iron and watched my chances of walking on a D1 school evaporate, and I just stood there. … And I remember thinking that it was over. (But then he met his future wife, and had a great time, and loved the rest of his college experience.)

Favorite season: Growing up in California I didn’t have seasons. Fall is probably still the one, the trees, the chill is in the air, fall is special … coming out of winter, that first 45-degree day and things are coming back to life … I also love the first snow. I am such a fan of the seasons, and that’s what I think life should be. I don’t think life is one emotion. Life has seasons and I think the seasons speak to that, there’s a time for everything.

Money or longevity: Longevity. The more memories that you can pack in, the more you can see with your kids, your grandkids, your great grandkids. Life is full of a lot and being able to take in as much as you can is a blessing.

Second chance, yes or no: No, probably because I think you learn so much from mistakes, why would you want to go back? Who you are is because of what has happened.

Hobbies: Hiking, being outdoors with my family, biking, having something to train for.

Dinner with someone from any age and time: C.S. Lewis. He’s somebody who on the cover is such an intellectual but if you read more about him he’s such a prankster, a jokester, he was a very funny individual yet people remember him for his broader theological works. He loved to play practical jokes … I think he’d be fun.

Tiger ever coming to the Travelers? We talk to his group every year. He certainly knows about us. 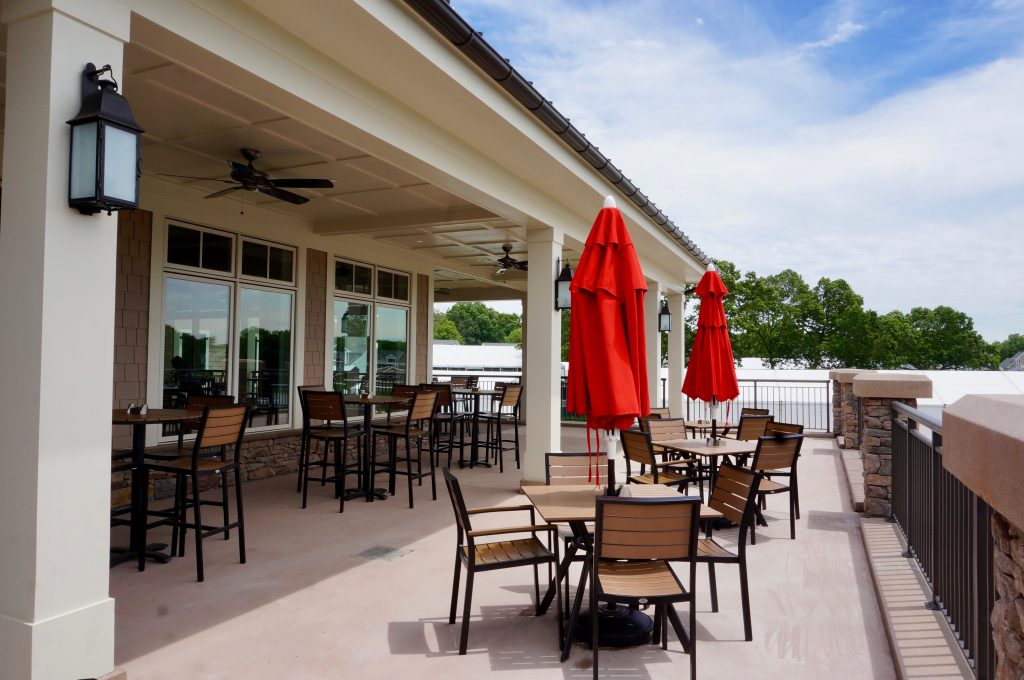 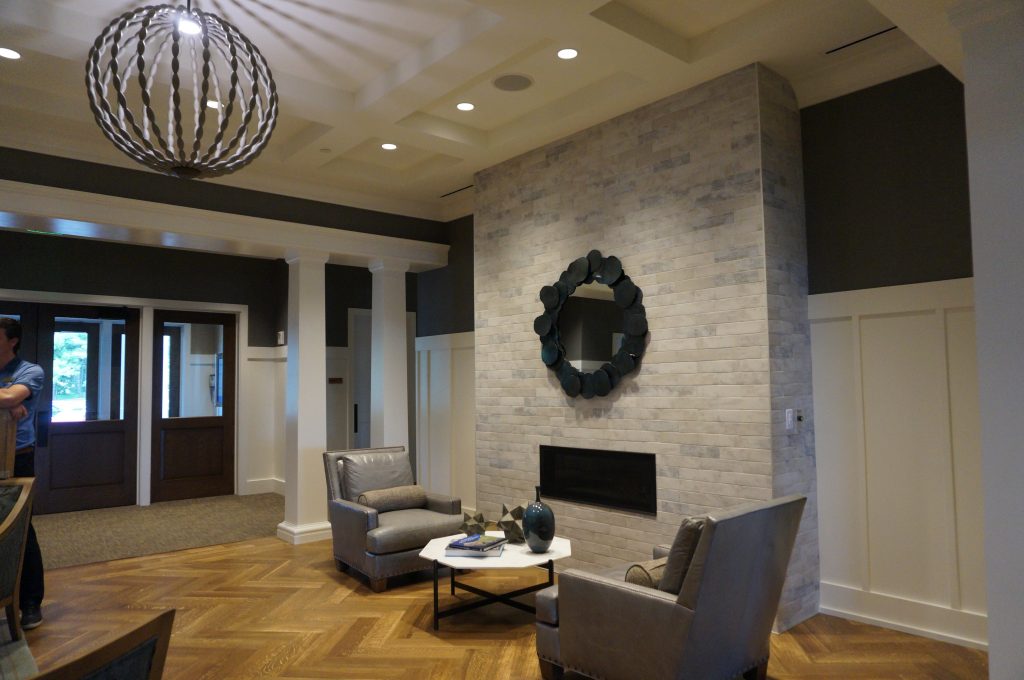 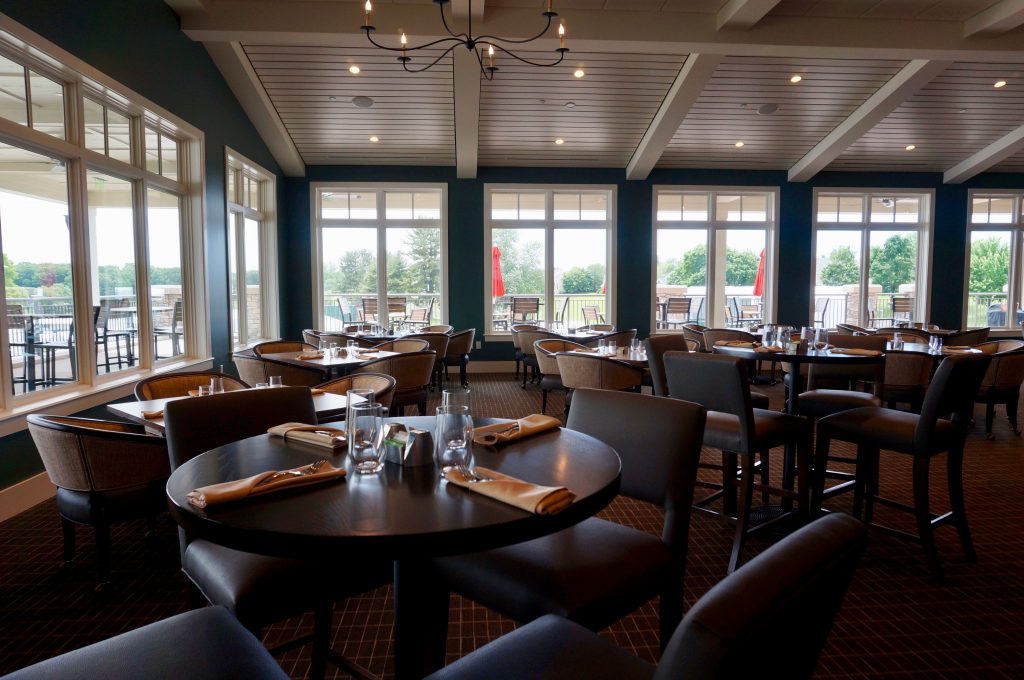 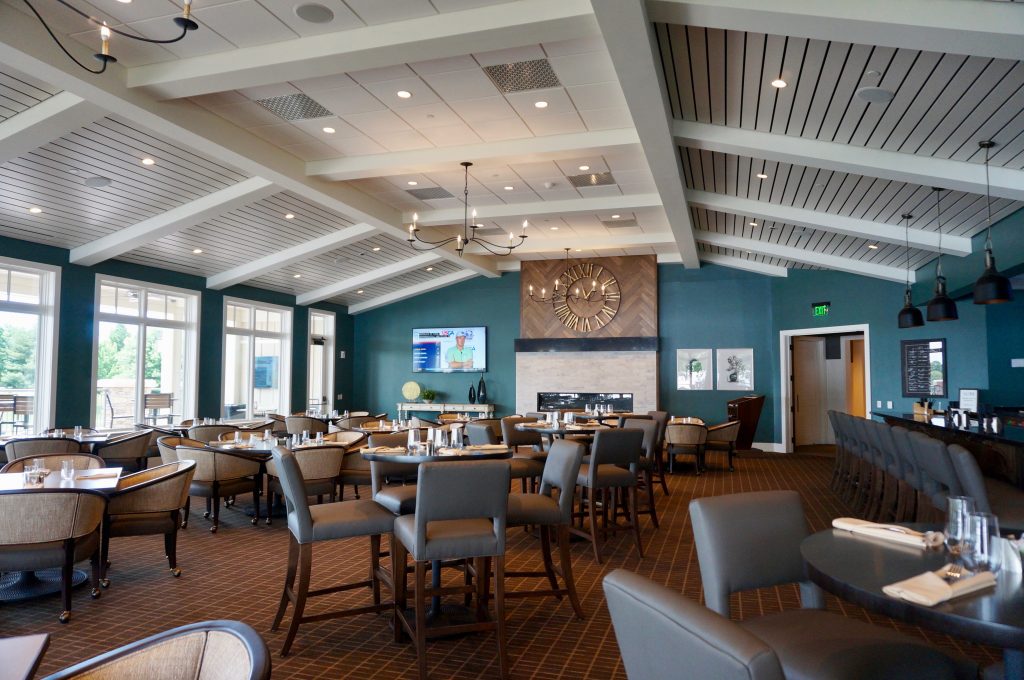