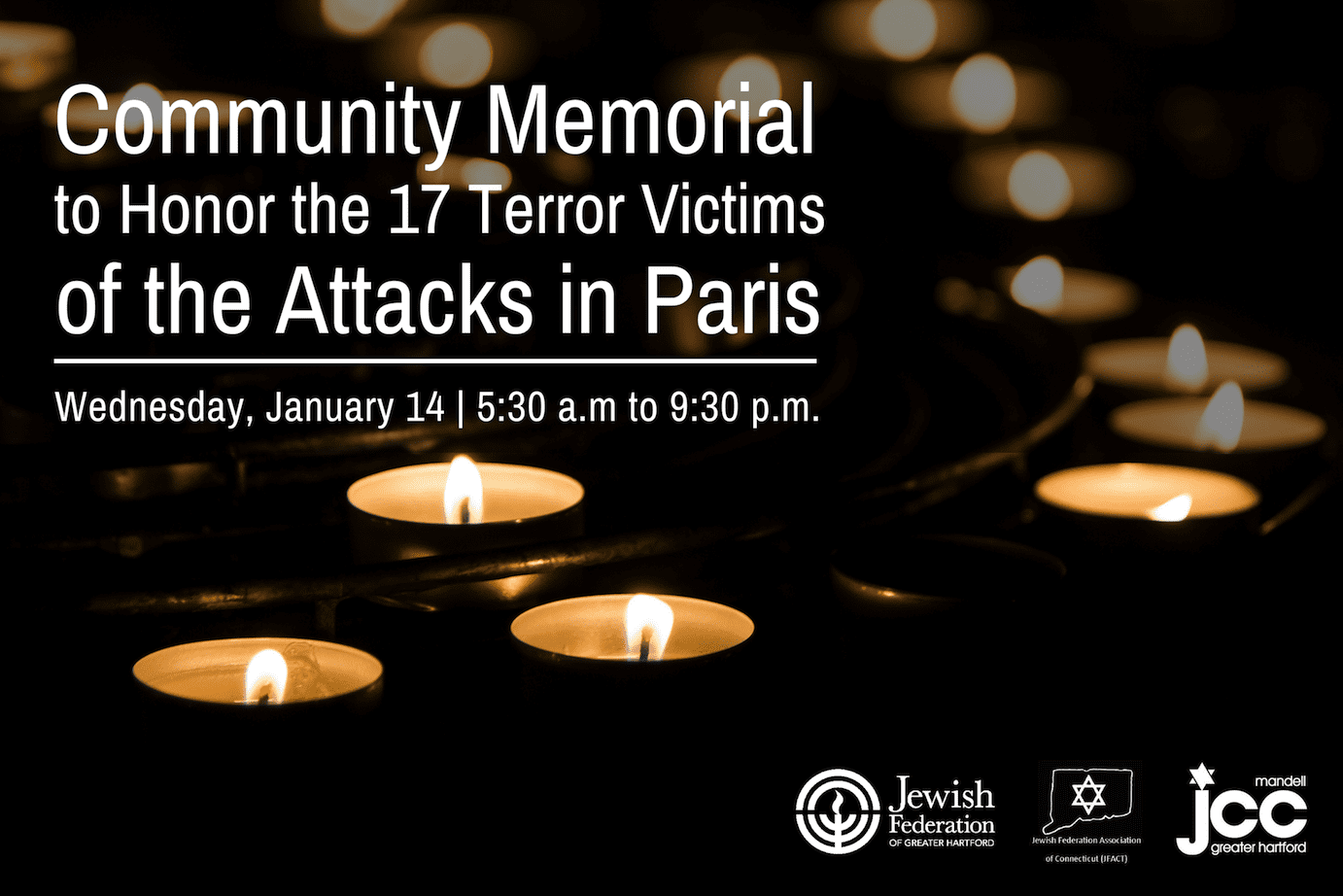 A community-wide memorial for the 17 victims of terror attacks in Paris will take place throughout Wednesday at the Mandell JCC in West Hartford.

Three community leaders are inviting the public to light a memorial candle and say a prayer at the Mandell JCC on Wednesday, to honor those who were killed in terror attacks in France last week.

“We are devastated by the loss of life resulting from two terror attacks last week in Paris, including the brutal murder of four members of the French Jewish community in a deadly siege at the Hyper Cacher kosher market, who were laid to rest today in Jerusalem. We join together with the global Jewish community, and the people of France, to honor all those who died in these attacks.”

The public is invited to observe the first day of “shiva,” the week-long mourning period observed for Jews, on Wednesday by lighting a candle and offering a prayer in memory of the victims and as  show of “support against all acts of terror, hatred, and bigotry.”

The community memorial will be held in the Mandell JCC Chase Gallery, 335 Bloomfield Ave., West Hartford, on Wednesday, Jan. 14, from 5:30 a.m. until 9:30 p.m. Candles and a selection of prayers will be available.