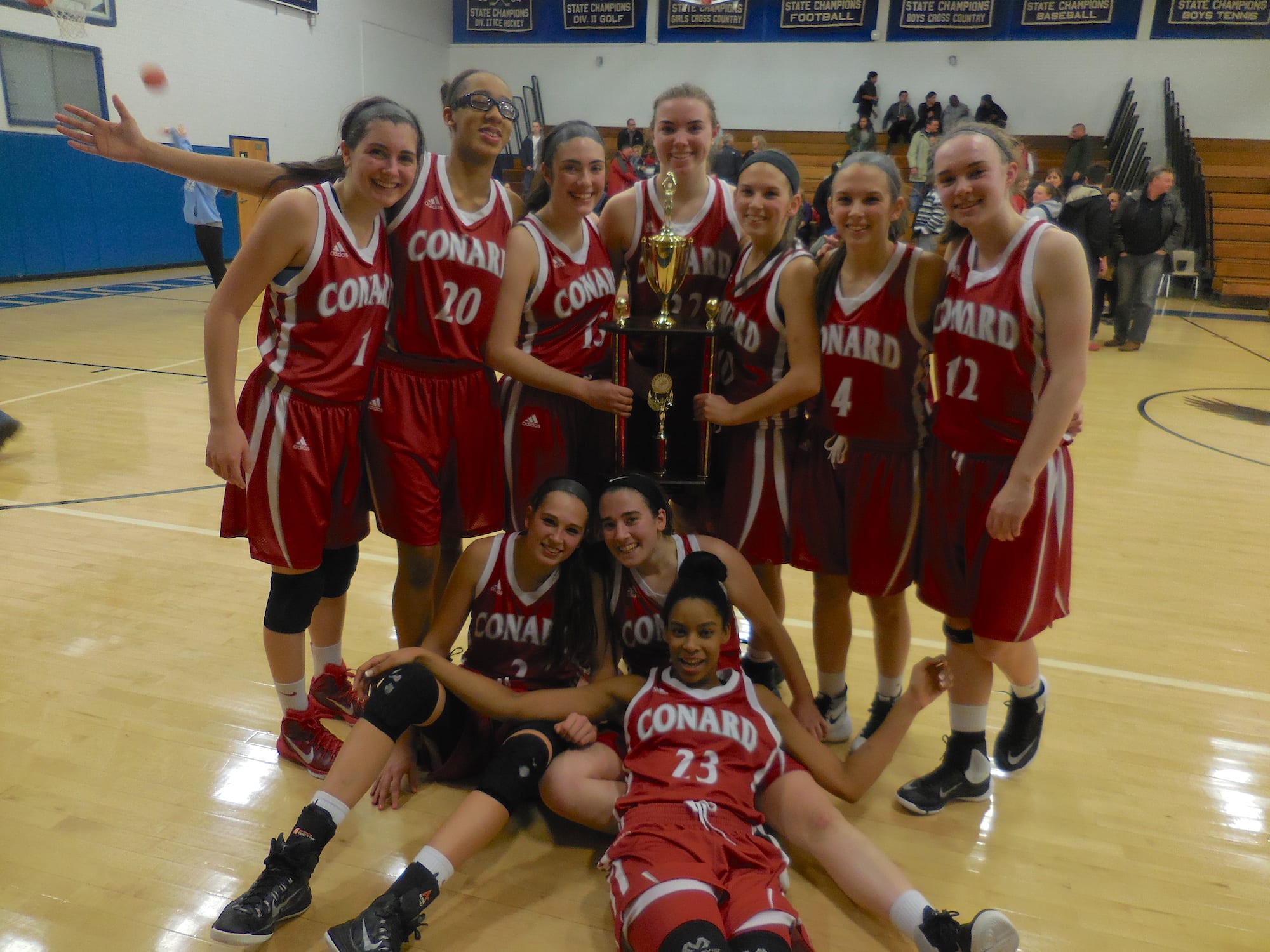 To reach the finals, Conard had to first get past Glastonbury in the first round on Monday. Dec. 28. The Chieftains built up an 11-point lead in the third quarter, but fell behind twice in the final stanza, battling the Tomahawk comeback attempt in the final quarter for a 45-39 victory.

The win was Conard’s first over Glastonbury since 1997, and is Glastonbury’s only loss so far this season.

Conard senior captain Nicole Kradas was the high scorer, and converted 15 of 18 foul shots – including eight of 10 in the fourth quarter. Dezyree Morales had 8 points.

The Chieftains led the Lions by three points until NWC’s Lizzy Jacobs converted a three-point play and knotted the score, sending the game into overtime.

The loss was Northwest Catholic’s first of the season.

This is the first tournament victory for the Conard girls since the Chieftains won the West Hartford Classic during the 1982-83 season.

Conard followed up the tournament victory with a 50-33 win over Windsor on Saturday. The 6-0 Chieftains travel to East Hartford on Monday. 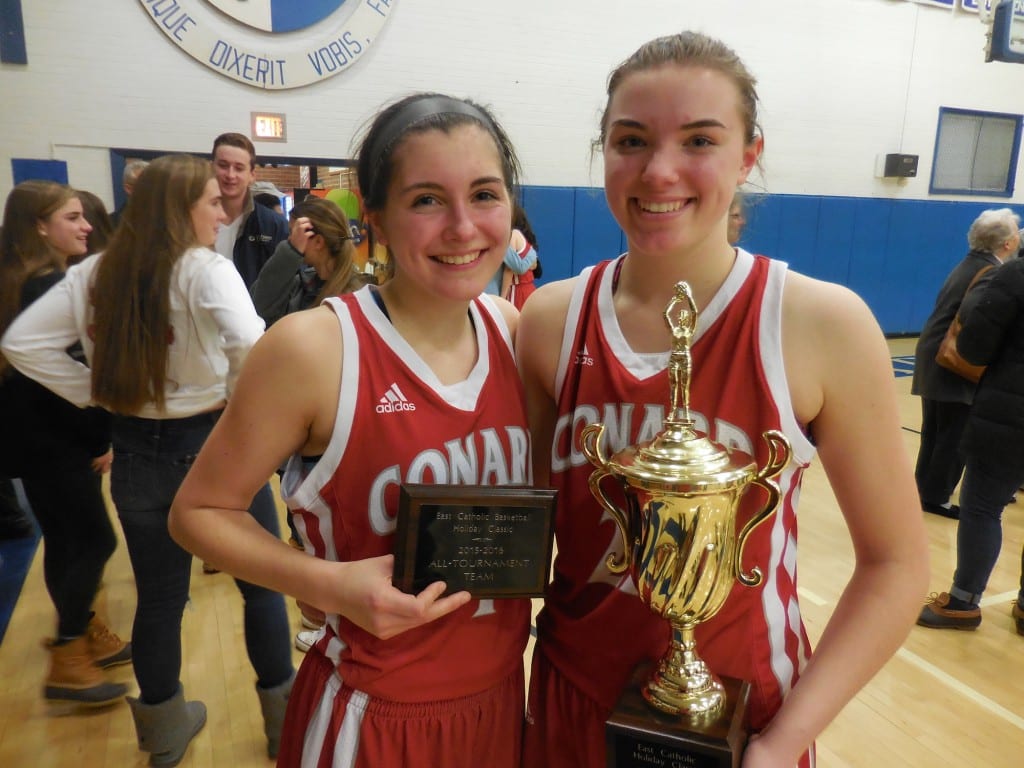