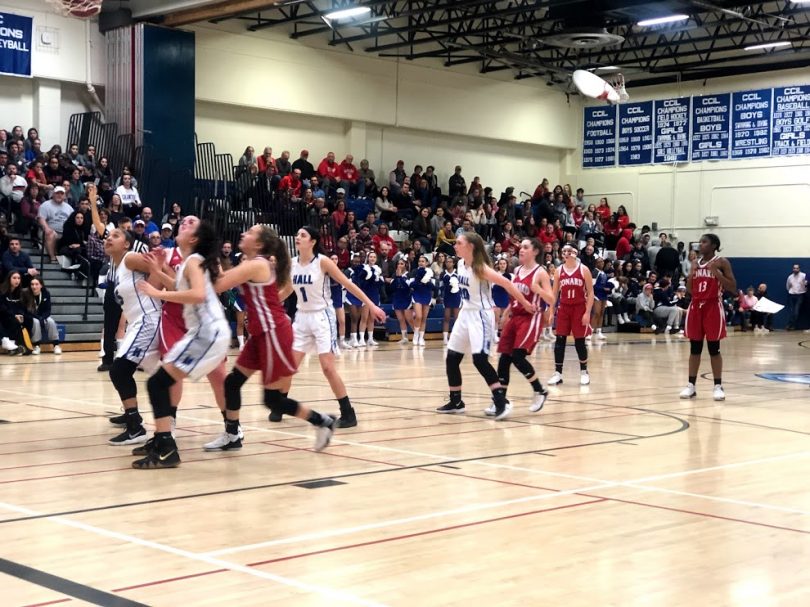 Conard climbed back from a 23-point deficit to defeat Hall and clinch a state tournament berth. 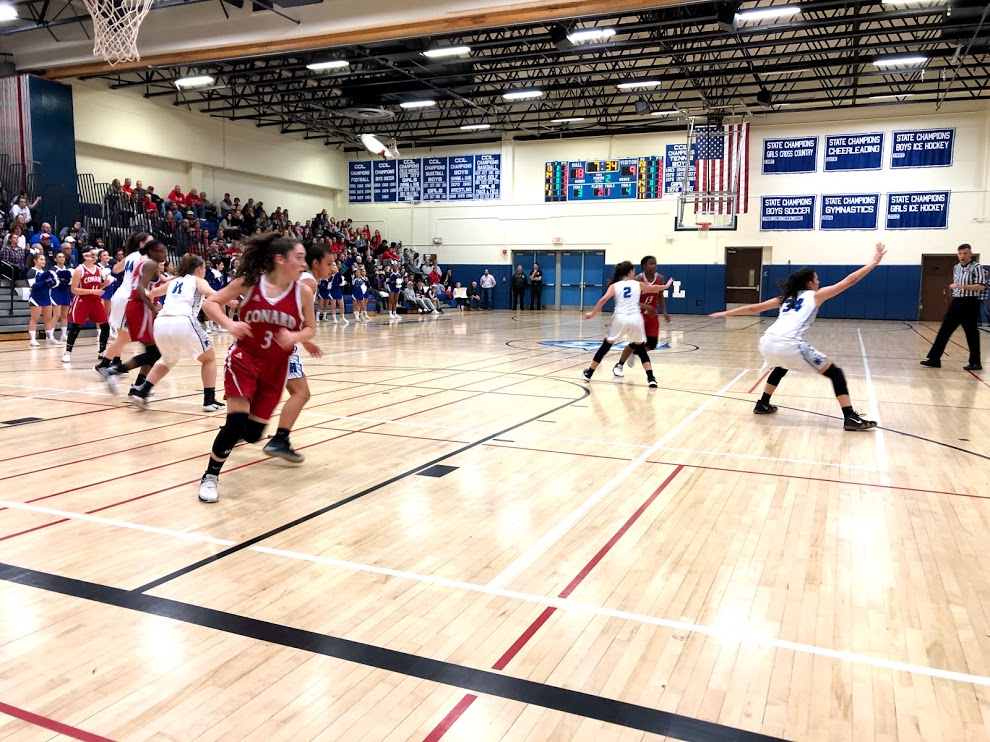 Lacking the experience and firepower the Warriors have at their disposal, it would have been easy for a young, undersized Conard team to let a double-digit margin spell disaster on the road against its archrival.

Instead, behind a combined 43 points from Meghann Morhardt and Azaiyah Felder, the Chieftains (8-4) erased a 23-point second-half deficit to grab a 56-53 win at Hall (7-6) Friday night in West Hartford.

“That was the best 16 minutes of basketball I’ve ever seen in college and high school,” said Conard head coach Mike D’Angelo. “The way they stuck together, the way they chipped away, the way they fought second after second for each other, for everyone, it was phenomenal.”

Felder chipped in 18 points – 16 in the second half – by not shying away from contact and getting to the basket, a method that was not as effective in the first two quarters.

Down 31-12 at halftime, there was not much working well for Conard as a team. Hall dominated on both sides of the floor with fluid ball movement and rock-solid defense, especially as the Chieftains tried to attack the paint.

The Warriors led 17-9 after one quarter. Hall outscored Conard 14-3 in the second to extend its lead.

The Warriors scored twice in the first 90 seconds of the third quarter to swell the lead to 35-12 before the Chieftains came storming back.

Morhardt made her first 3-pointer of the half with just over six minutes left in the third quarter. After an Ella DiPippo layup, Morhardt followed with another long ball, cutting the margin to 15.

Conard turned that stretch into a 24-6 run, capped by Morhardt’s fourth 3-pointer of the quarter with two seconds on the clock.

After 3: @HallWHAthletics 41, @CHSWHAthletics 36. Morhardt with her fourth 3 of the quarter and a game-high 17 pts so far. #WeHa #ctgb pic.twitter.com/Z1UaBfLuxU

A seemingly insurmountable lead nearly evaporated over the span of six minutes, as the Chieftains trailed 41-36 entering the fourth. But Hall went on a 6-0 run to go up by 11 in the first minute of the quarter to keep Conard at bay.

Jordan Farrell made a layup and completed the 3-point play after being fouled with 7:28 to play. Colleen Kennedy made her second 3-point shot of the night at the 7-minute mark to give the Warriors a 47-36 advantage.

Morhardt responded 10 seconds later with another long ball to keep Conard in the game. Felder later added a pair of free throws and a fast break layup to cut the deficit to 47-43 halfway through the fourth quarter.

Jenna Zydanowicz tied the game at 51 with 1:42 remaining, but Morhardt drilled a deep ball to put the Chieftains ahead 54-51.

Siobhan Boyle scored with 45 seconds left to bring Hall within one but failed to convert the ensuing free throw to tie the game.

Morhardt scored her last two points from the free throw line with 16.8 seconds remaining to seal the victory for the Chieftains.

D’Angelo lauded Morhardt’s efforts to lead the Chieftains in a pivotal matchup of teams likely to make the state tournament.

“It’s been a long time coming for her,” he said. “She works hard every day. She’s a senior. She’s a great captain. I am so happy for her. She has earned this moment.”

Despite both teams entering with seven wins, D’Angelo knew his bunch would not have it easy on the Warriors’ home court.

Riding a four-game winning streak, the victory against Hall has extra significance for Conard – aside from the crosstown rivalry – as it earned the team a postseason berth.

“We just qualified for the state tournament on Hall’s gym floor. If that’s not sweeter, I don’t know what is,” D’Angelo said. “If they continue to play like this together, work like this together, I’ll take on anybody, anywhere, anytime because these kids never give up.” 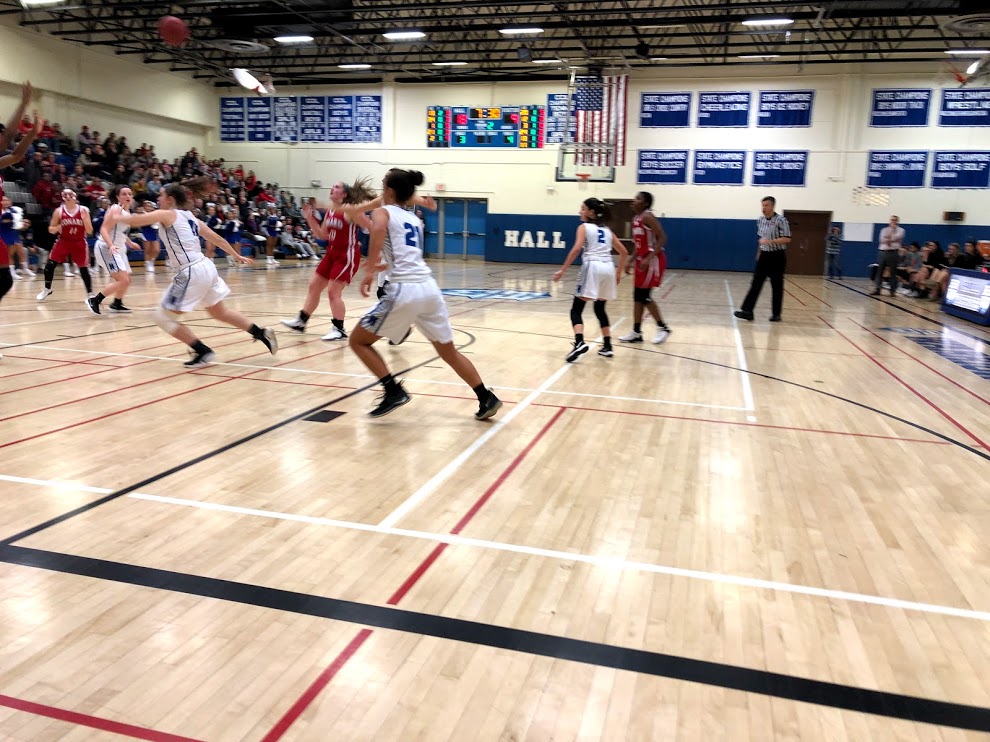 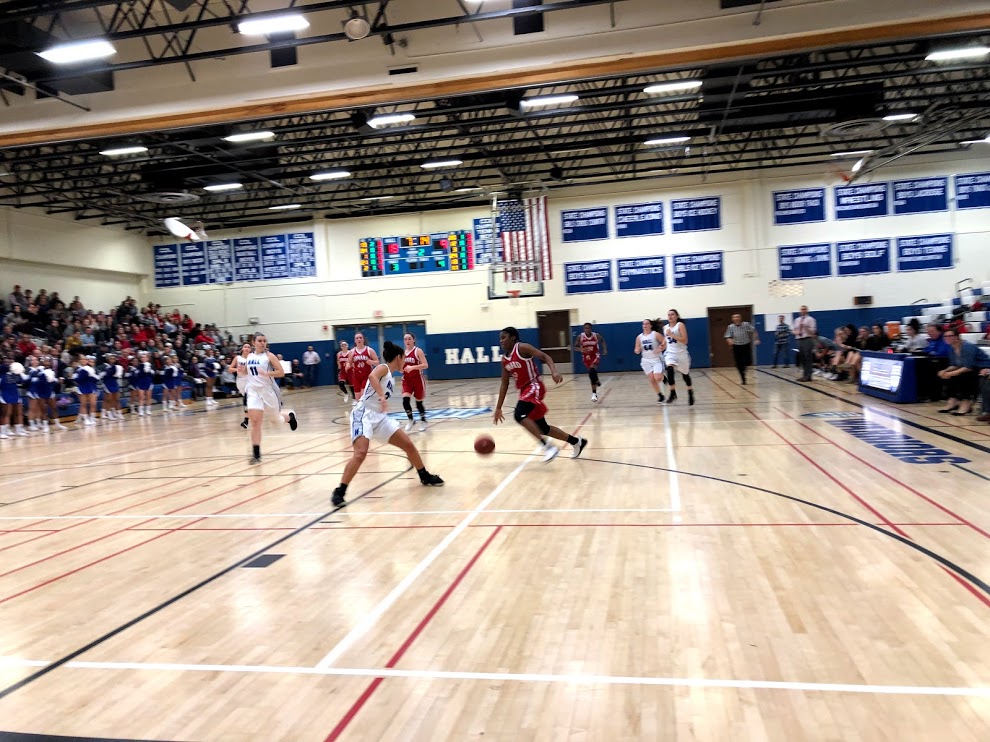 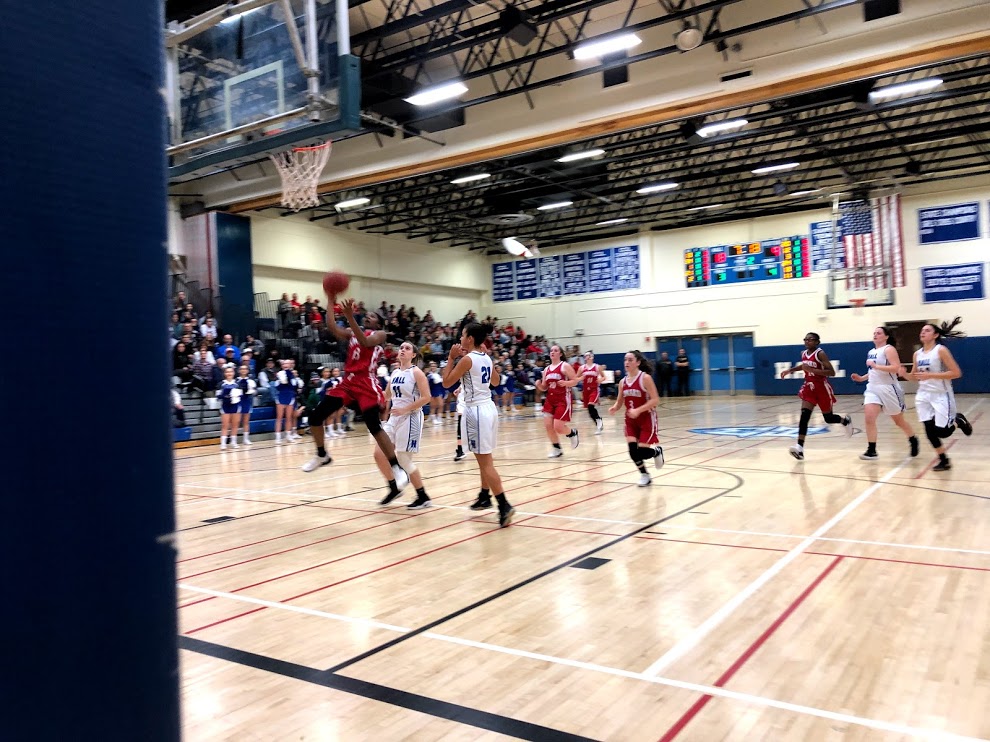 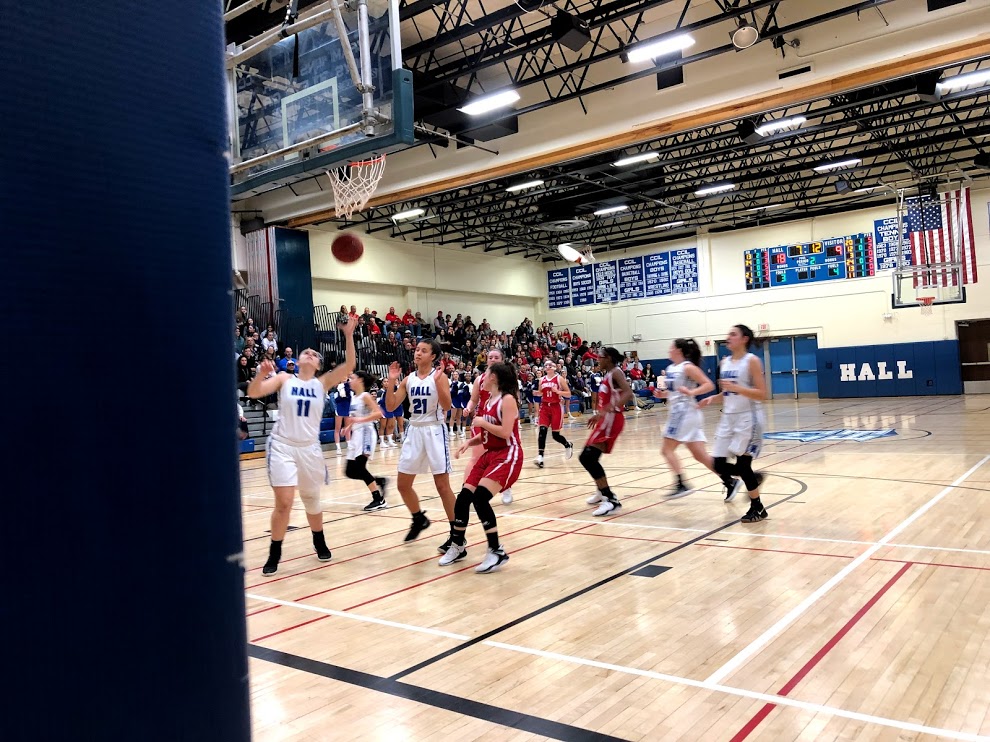 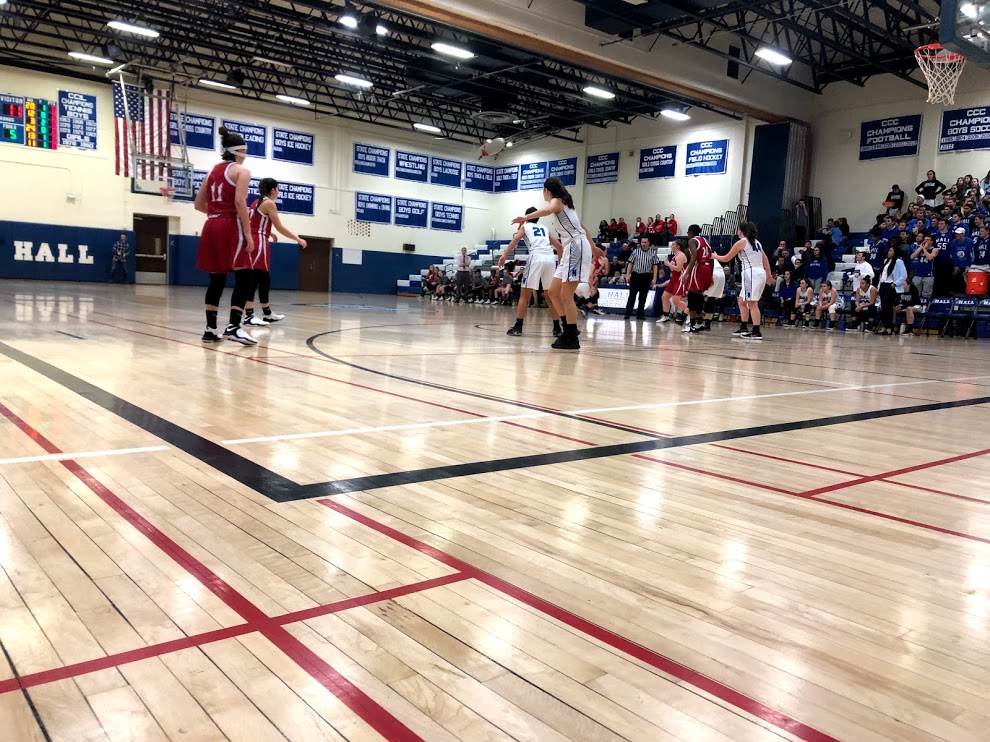 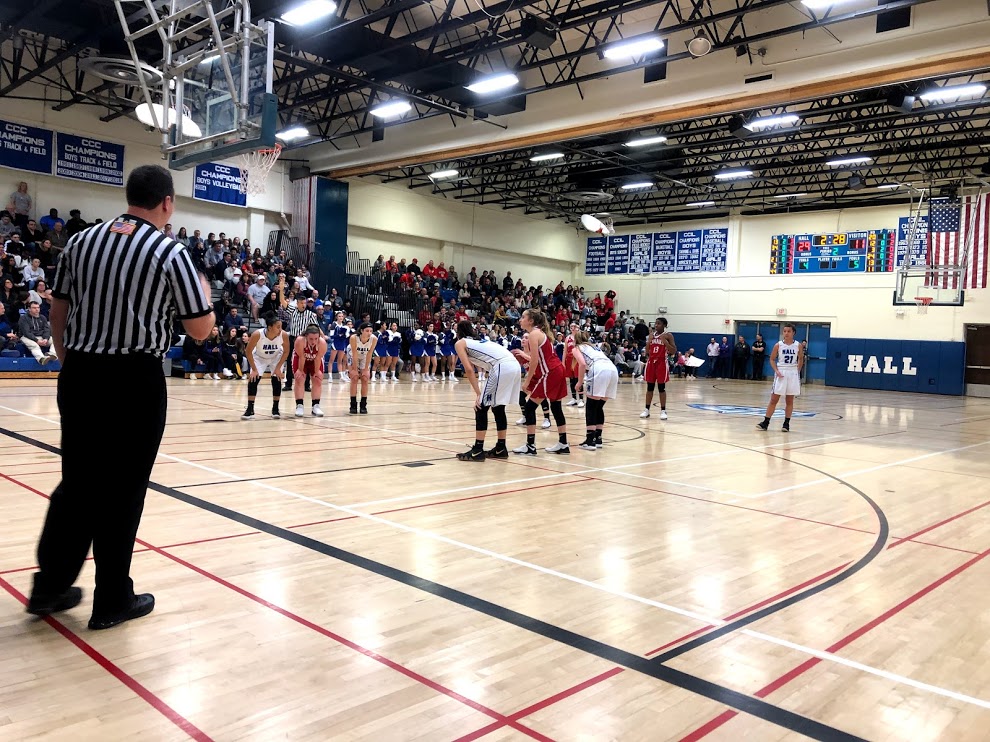 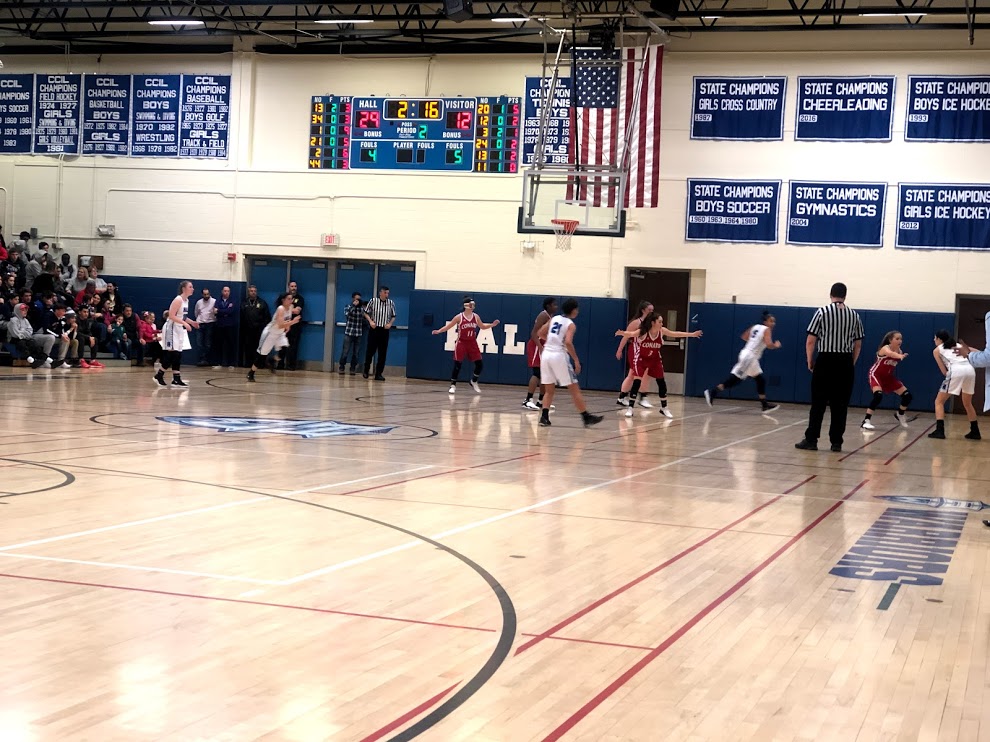 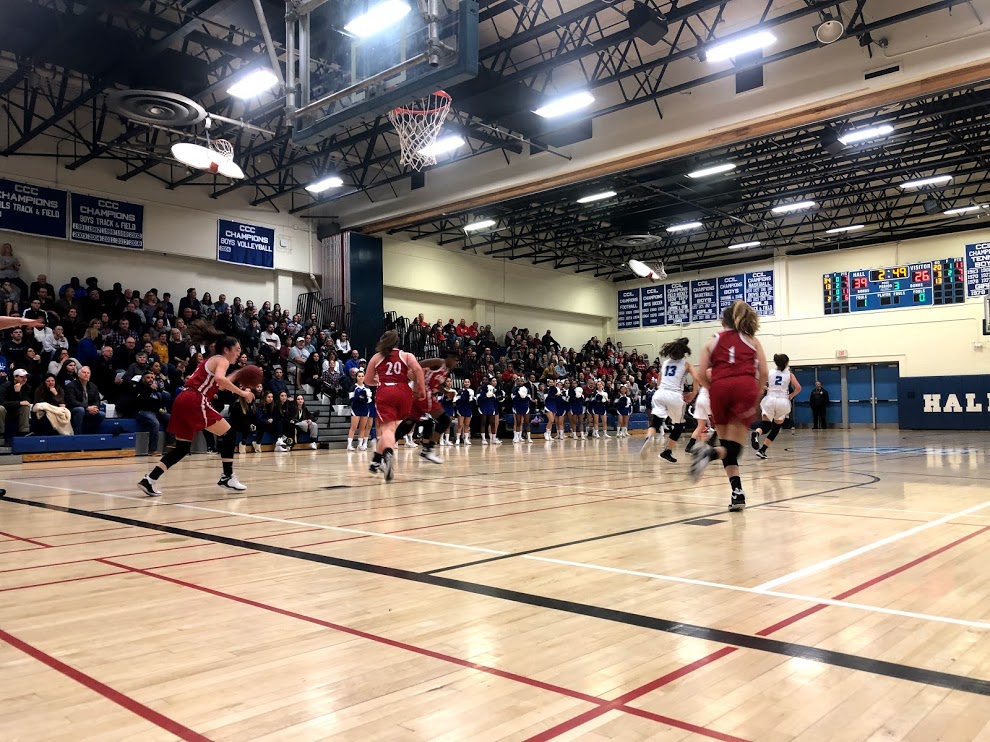