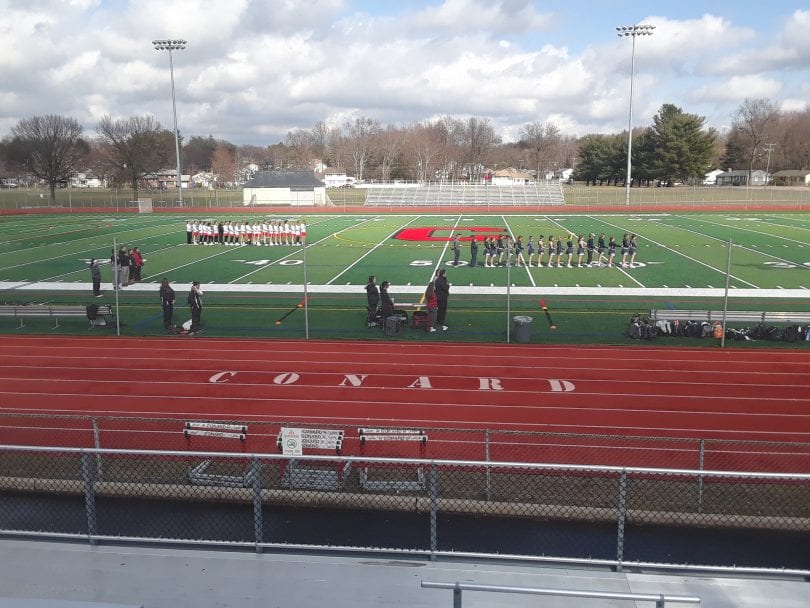 The Chieftains improve to 2-1 after a decisive win over Avon at home on Tuesday.

“We definitely played like a team, whether we were trying to get the ball back or … push it down the field,” said Conard head coach Meg Cersosimo. “We were really working together nicely.”

Avon netted two goals at the 6:07 and 3:19 marks, trimming the margin to 10-2. Gillian Haverty added a goal with under two minutes left to give Conard an 11-2 advantage at the half.

The Chieftains kept on the attack with a 6-1 run in the first 15 minutes of the second half, upping their lead to 17-3 with less than 10 minutes to play. Shaffer scored three goals in that span, while Coco Haverty, Gillian Haverty, and Ally Tousignant each tallied one.

The Falcons scored the last four goals of the game in an eight-minute span, but the deficit was insurmountable for Avon with the running clock in Conard’s favor.

Looking to bounce back from a loss to Cheshire on Saturday, Gillian Haverty said the team wanted to make a statement with an impressive victory at home.

Win the win, the Chieftains improve to 2-1 on the season, while Avon falls to 1-1. Conard will travel to face Fairfield Warde (3-1) on Thursday at noon.