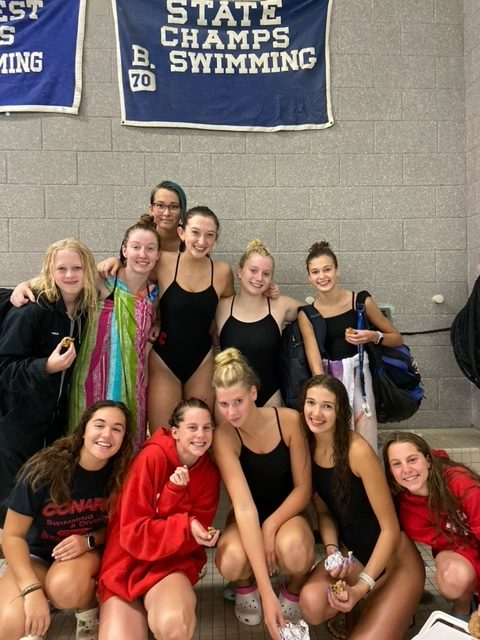 Conard Girls Swimming and Diving opened their season 2-0 with wins over South Windsor and Bristol Central. 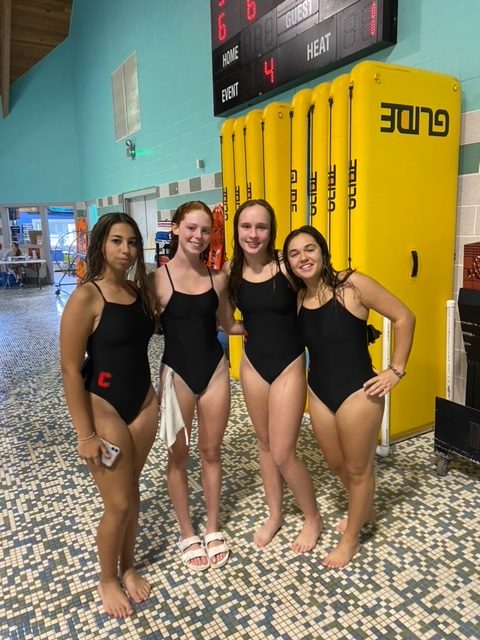 In their home opener at Cornerstone Aquatics Center in West Hartford, the Red Wolves defeated South Windsor 103-72, taking first in every event and sweeping four: the 200 Freestyle, 50 Freestyle, 100 freestyle, and 500 Freestyle.

On Sept. 21, the Red Wolves defeated Bristol Central 99-66. Red Wolves fans got to witness an incredible diving display as Ali Colburn shattered her own 6-dive record with a score of 307-85, eclipsing the previous mark by 40 points. Rachel Giroux and Mia Rosario also dove well and helped Conard to a sweep in the event.

As anticipated, many of Conard’s swimmers and divers used the first two meets to punch their tickets to the State Tournament; Jane Harhay, Lyla Harhay, Tess Sherry, Aspen Rosner, Ali Colnurn, Rachel Giroux, Mia Rosario, Liv Sherry, Claire Dombrofski, Meghan Jo, Sophia Pincince, Ella Hall, Ella Switzer, and Gabby Alekshun have all qualified in at least one event for the November tournament. Coach John Smachetti expects additional members of the team to qualify in the coming weeks, with some qualifying in multiple events.

Conard looks to improve to 3-0 on Wednesday afternoon when they take on Rocky Hill at home at 3:45 p.m.