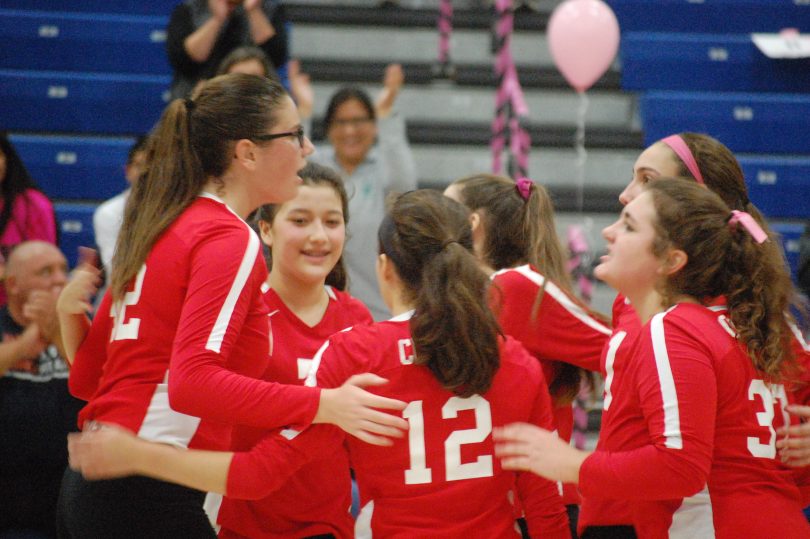 West Harford’s Conard High School has won its first conference title in more than a decade, and is ready for post-season success in the CCC tournament and Class LL. 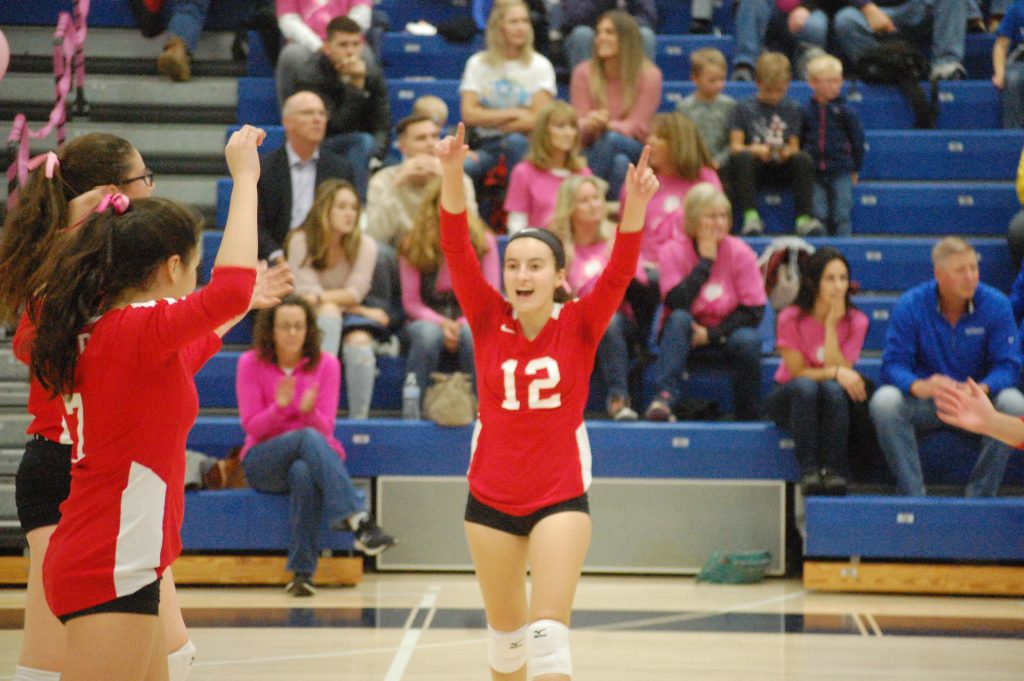 When the Conard High girls volleyball team beat Southington in late September, it marked the first win over the Blue Knights in Kerry Roller’s 23 years as head coach of the Chieftains.

When the teams met a second time Oct. 25 in Southington, the result was the same. This time, the significance of Conard’s 3-1 win was it dethroned the Blue Knights as CCC West-Colonial Division champion while giving the Chieftains their first conference title since 2007.

With victories in its final two matches of the regular season – against crosstown rivals Northwest Catholic (3-0 on Oct. 28) and Hall (3-1 on Oct. 30) Conard finished the regular season at 16-2, getting one more win than it had a year ago (15-4) despite playing one fewer match.

And to think the Chieftains achieved this with their best player sidelined all season. 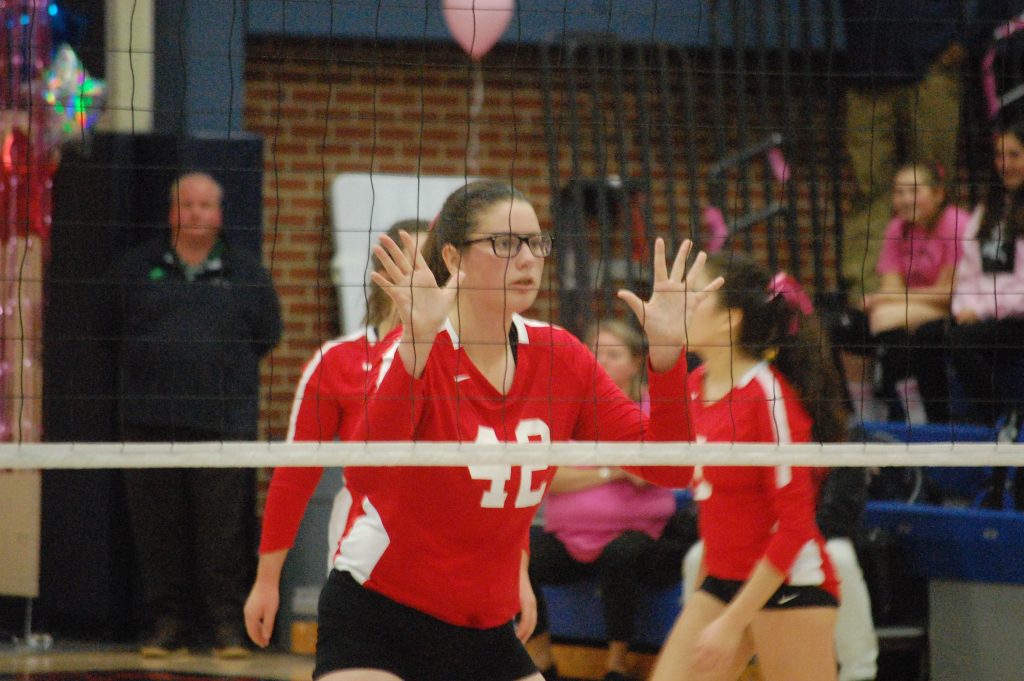 Senior Cate DiGiacomo was an All-State Second Team selection by the Connecticut High School Coaches Association last year. She was on the American Volleyball Coaches Association All-American Watch List for this fall, but nobody has watched her play because she is recovering from a knee injury sustained playing lacrosse last spring.

While most young teams would crumble when faced with such adversity, Conard has been one of the top teams in the CCC this fall.

“They want to win and they’re finding ways to do it,” Roller said. “I don’t see scared faces out there. I see them just fighting – fighting and determined.”

The fight and determination was apparent Oct. 15 against South Windsor when the Chieftains dropped the first two sets before winning the next three, including a 16-14 score in the decisive fifth set. 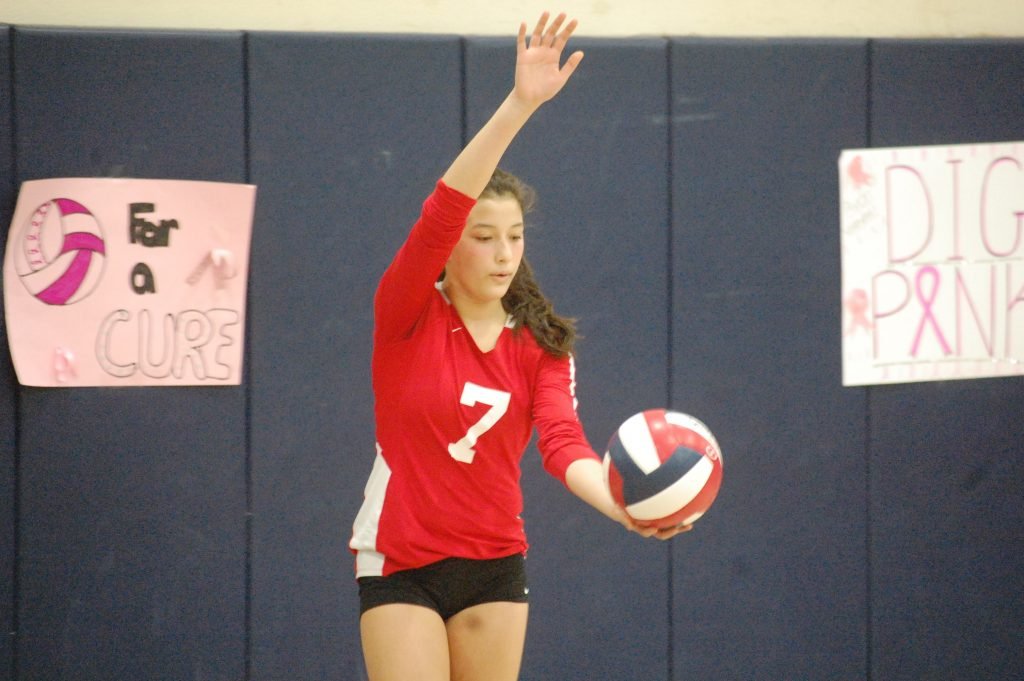 Even in defeat, Conard has shown resilience. Starting libero Fallon Moore (illness) did not play in a 3-0 loss to Avon on Oct. 18. After losing the first two sets, Conard trailed 17-2 in the third set. Rather than fold, the Chieftains pulled to within two points before Avon won 25-21 to close out the match.

“It doesn’t matter what the score is. We can always challenge the other team, that we can get back in it and challenge them to the end because we’ve done it multiple times,” Roller said. “We seem to start a little slow, so I think that’s what we need to work on. Get a faster start, don’t get behind 6-1, 7-1, things like that.”

Moore and outside hitter Kayla Oriola are the only seniors in Conard’s regular starting lineup. The team has gotten strong hitting from junior Avery Theriault and sophomore Kallie Guerraz.

Roller said Nyssa Park, another sophomore, has shown poised in filling in as setter for the injured DiGiacomo.

“We’re a young team and the most surprising thing for me is we really have grit,” Roller said. “We don’t give up.”

This group is used to facing adversity. Last year, Theriault missed the final eight matches, including three in the state tournament, and Roller did not have a full squad for a large chunk of the season.

Roller is hoping to be at full strength for the CCC tournament, which begins Nov. 4. She would like to go back to Avon High School, which will host the semifinals (Nov. 7) and final (Nov. 9), and get an opportunity to avenge regular season losses to Avon (15-1) and Bristol Central (13-3).

A year ago, the Chieftains made their deepest run in the 16-team conference tournament by advancing to the semifinals. All that stood between Conard meeting RHAM in the final was a few points. In its semifinal match against Farmington, Conard won the first two sets but lost the next two – each one by two points – and also the decisive fifth set to the Indians.

Another deep run would be a nice way for Conard to prepare for the Class LL state tournament. Winner of the last three CCC tournaments, RHAM is the favorite to make it four in a row with Avon, Bristol Eastern, Bristol Central, and Conard all in the mix.

But the Chieftains won’t see any of those teams in the state tournament because all four are in Class L. Instead, Conard will be among the favorites in LL where they are currently ranked second, along with Fairfield County schools Greenwich, Westhill, Fairfield Ludlowe, and Trumbull.

As a high seed in the bracket, Conard will host a first round match Nov. 11. The The first round of the state tournament is Nov. 11.