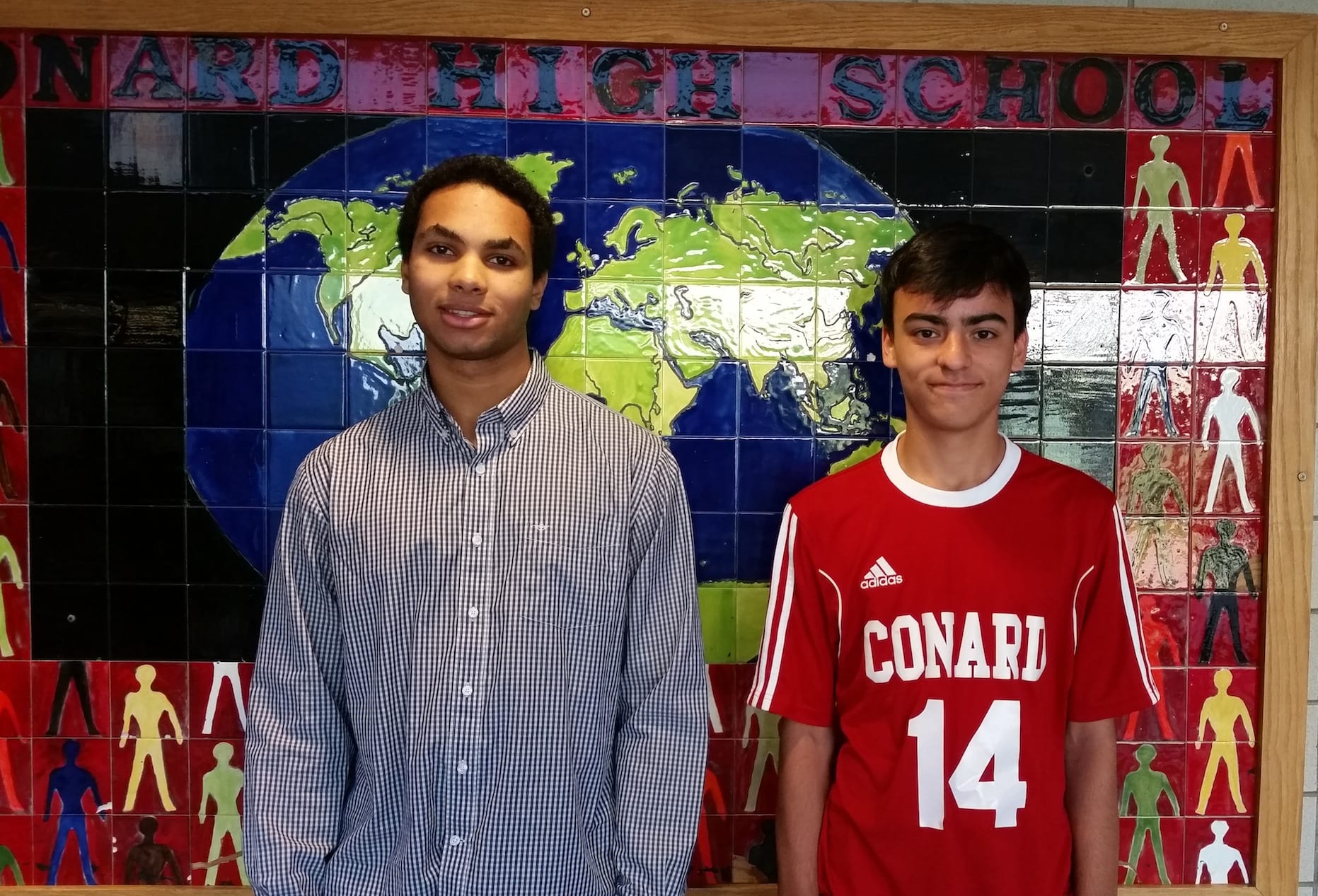 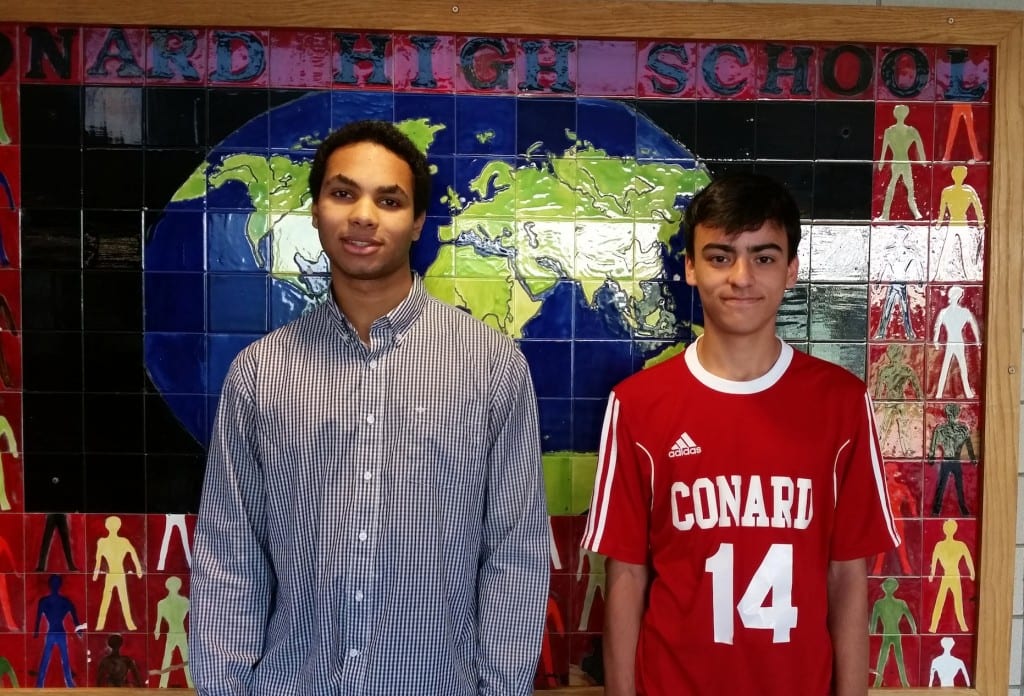 Seniors William Dickinson, son of Christopher Dickinson and Donna Haghighat, and Anis Ehsani, son of Hamid Ehsani and Kadzo Kangwana, scored among the top one percent of the 1.5 million students who took the PSAT/NMSQT in October of 2014.

Five Conard seniors are among the 2016 National Merit Commended students: Zach Boehm, son of Beth and Christopher Boehm; Sarah Downes, daughter of Donna and Michael Downes; Natalie Joseph, daughter of Douglas and Katalin Joseph; Andrew Olmstead, son of Adrienn and Dirk Olmstead; and Zenith Rai, daughter of Champa and Jaya Rai. These students receive Letters of Commendation for being among the top 50,000 scorers of last October’s test.