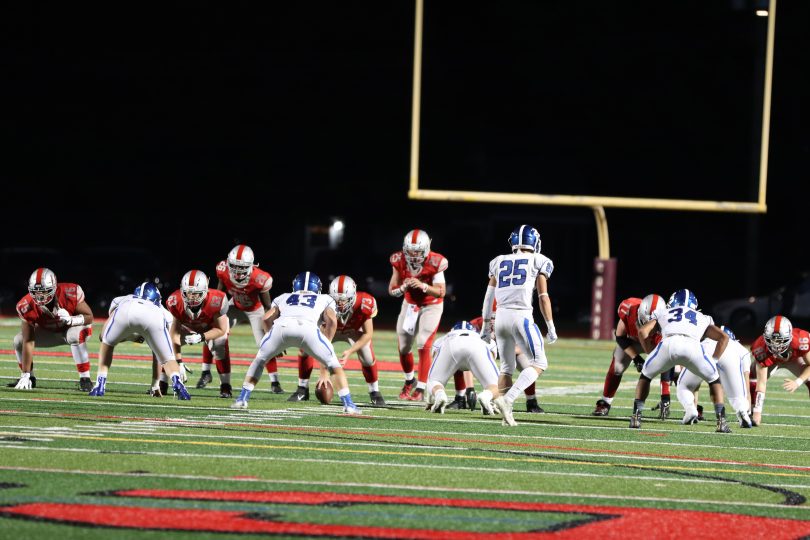 Conard quarterbacks Arsen Shtefan, Jack Kennedy, and Israel Lopez each scored a touchdown in a season-opening loss to powerhouse Southington. 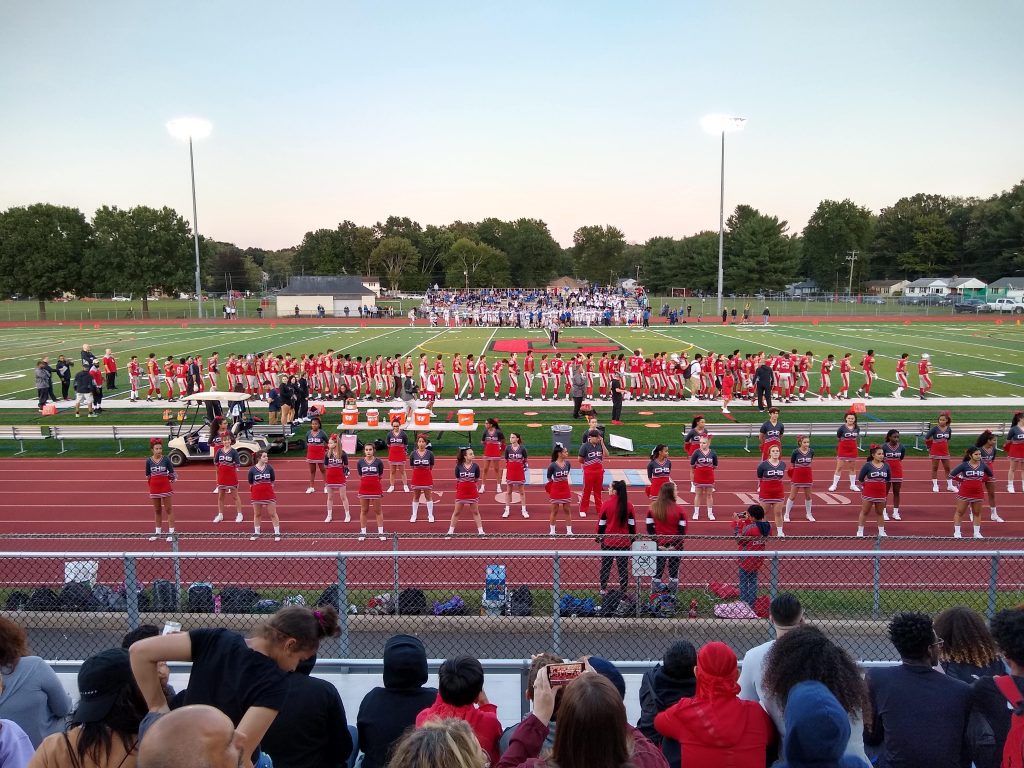 While most of Southington’s opponents ask themselves how they’re going to stop the Blue Knights, Conard had to figure which of its three quarterbacks would emerge as a potential starter against one of the top teams in the state.

After a 54-21 loss at McKee Stadium in West Hartford Friday night, that question remains unanswered.

Senior Arsen Shtefan and sophomores Jack Kennedy and Israel Lopez each played quarterback for the Chieftains. They shared reps in a scrimmage against Bloomfield on Sept. 6 and each scored a touchdown of their own against Southington. Facing a juggernaut Blue Knights team in a live game, however, would be a true test for Conard’s signal callers, said Conard head coach Matt Cersosimo.

“We’re still unsettled,” said Cersosimo. “We still don’t know who they’re gonna be. They all had great training camps. Not really one of them separated themselves yet, and it’s just a matter of continuing to get them some work and seeing how they handle themselves in game situations.”

The game was an uphill battle for the Chieftains throughout. The Blue Knights took a commanding lead early, scoring touchdowns on their first three possessions to go up 20-0 less than a minute into the second quarter. Southington led 40-7 at halftime.

Brady Lafferty found Dillon Kohl on a 15-yard pass to put Southington on the board with 7:25 left in the first quarter. Four minutes later, Kohl ran it in from two yards out to give the Blue Knights a 13-0 lead.

On the first play of the second quarter, Lafferty found Carter Uhlman deep for a 52-yard touchdown with 11:41 remaining. Angelo Plantamuro shut down a promising Conard drive with a 76-yard pick-six at the 6:38 mark, putting the Blue Knights up 27-0.

Kohl scored his second rushing touchdown of the night on a 58-yard carry, giving Southington a 33-0 lead with 3:18 remaining in the half.

Despite a slow start against a stingy defense, the Chieftains managed to score before halftime. Lopez led a 79-yard drive to the end zone, capped off by a 27-yard touchdown pass to Silas Bridges with 54 seconds left.

But just as Conard scored, Southington answered before the half after the ensuing kick return set up the Blue Knights at the Chieftains’ 29-yard line. Marion Bennett scored a 1-yard touchdown on the ground with 1.7 seconds left, giving the visitors a 40-7 halftime lead.

Down 54-7 in the fourth quarter, Shtefan and Kennedy led touchdown drives for Conard in the waning minutes.

After back-to-back completions to Ethan Speranza, Shtefan muscled his way to the end zone from just outside the red zone with 5:18 to play. Capitalizing on a short field after a Southington fumble, Kennedy found Speranza on a 21-yard completion for six on the Chieftains’ final drive with 30 seconds left.

“Our kids fought,” said Cersosimo. “They didn’t quit. They kept playing all the way to the final buzzer, and that’s something that we coach them on – to continue to fight through adverse moments.” 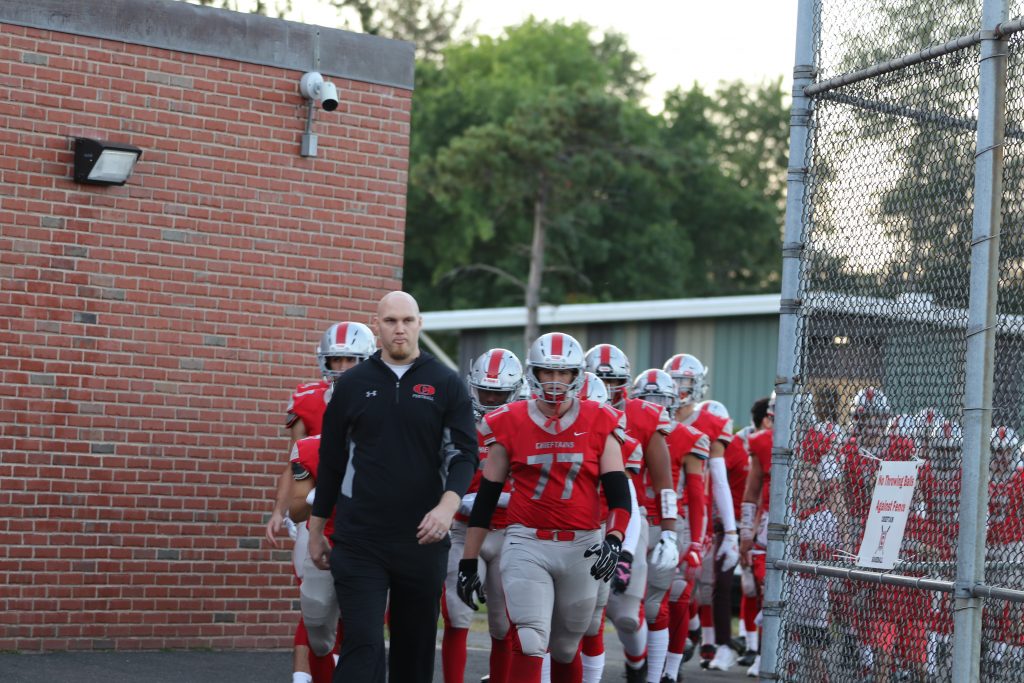 The Conard football team heads toward the field for the first game of the season. Photo credit: Shirley Redman 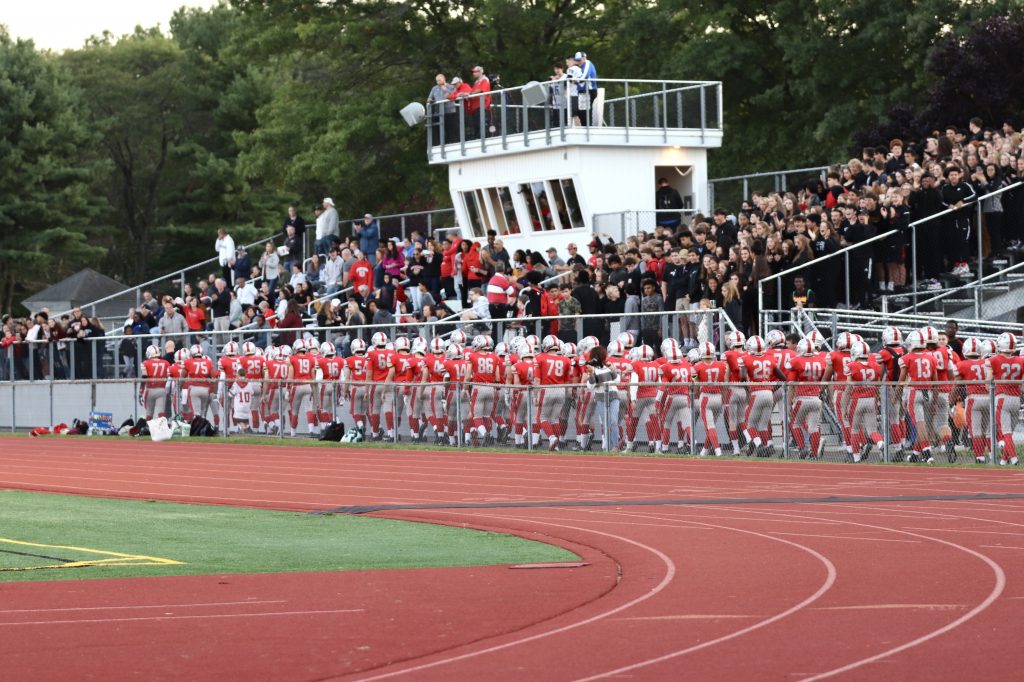 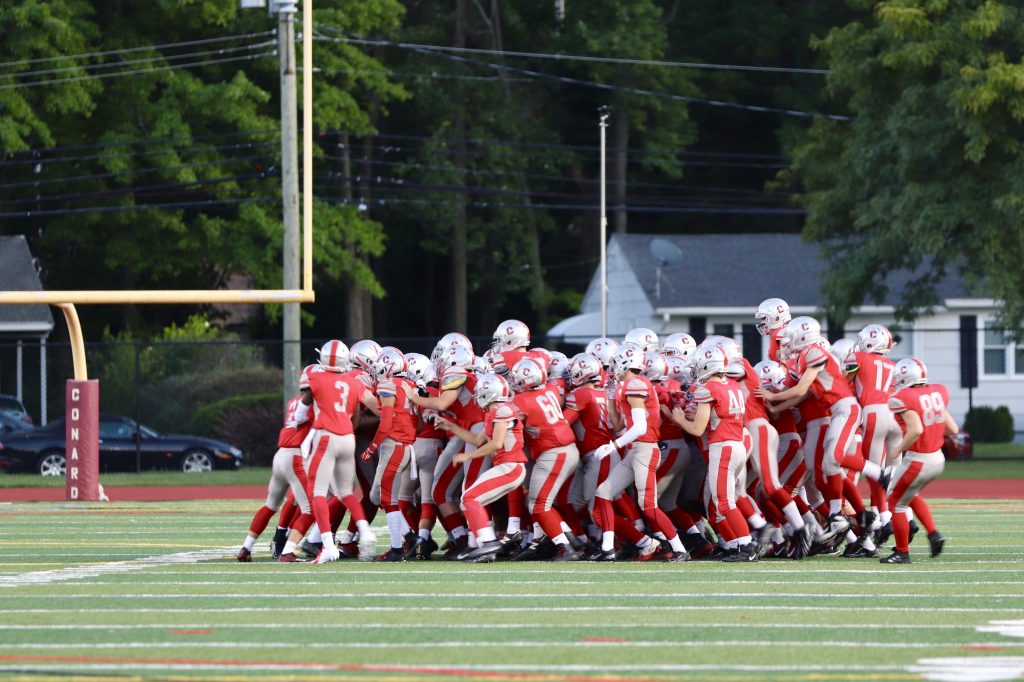 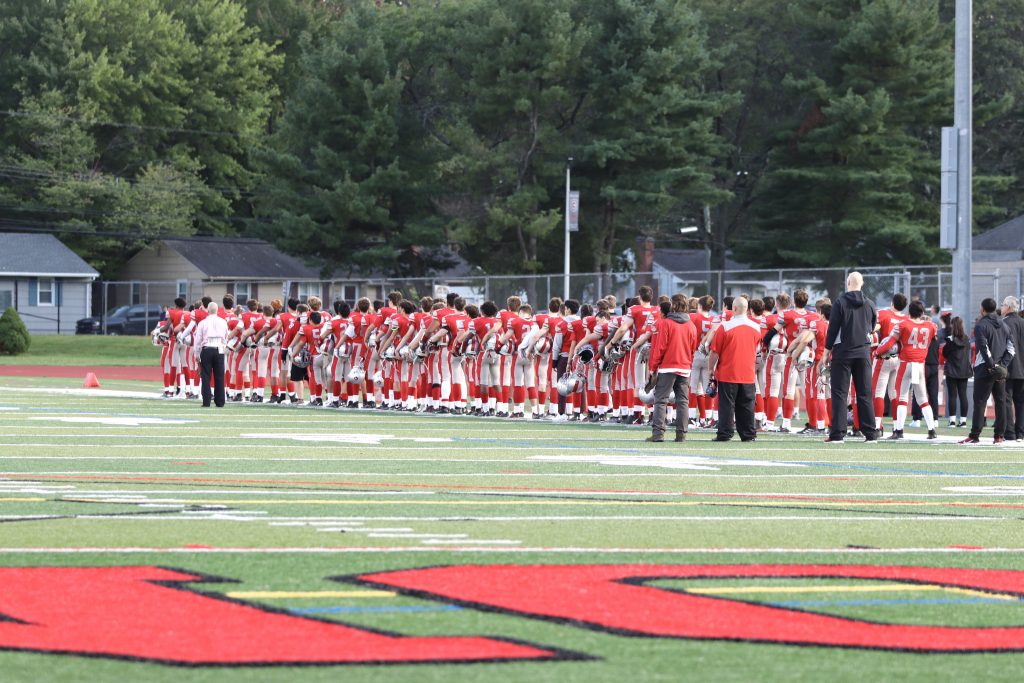 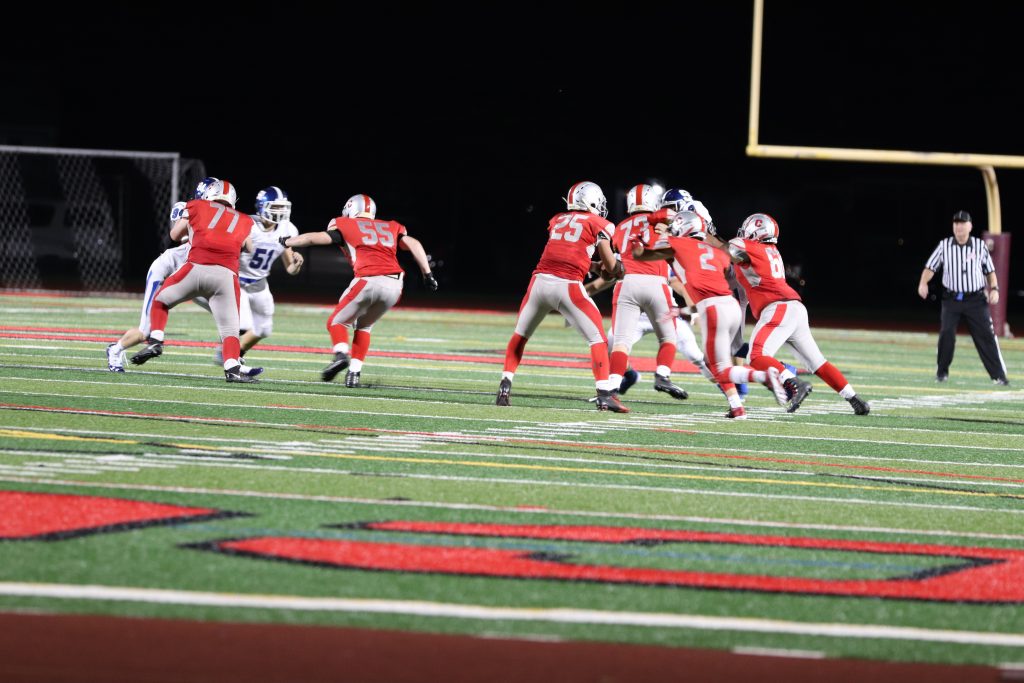