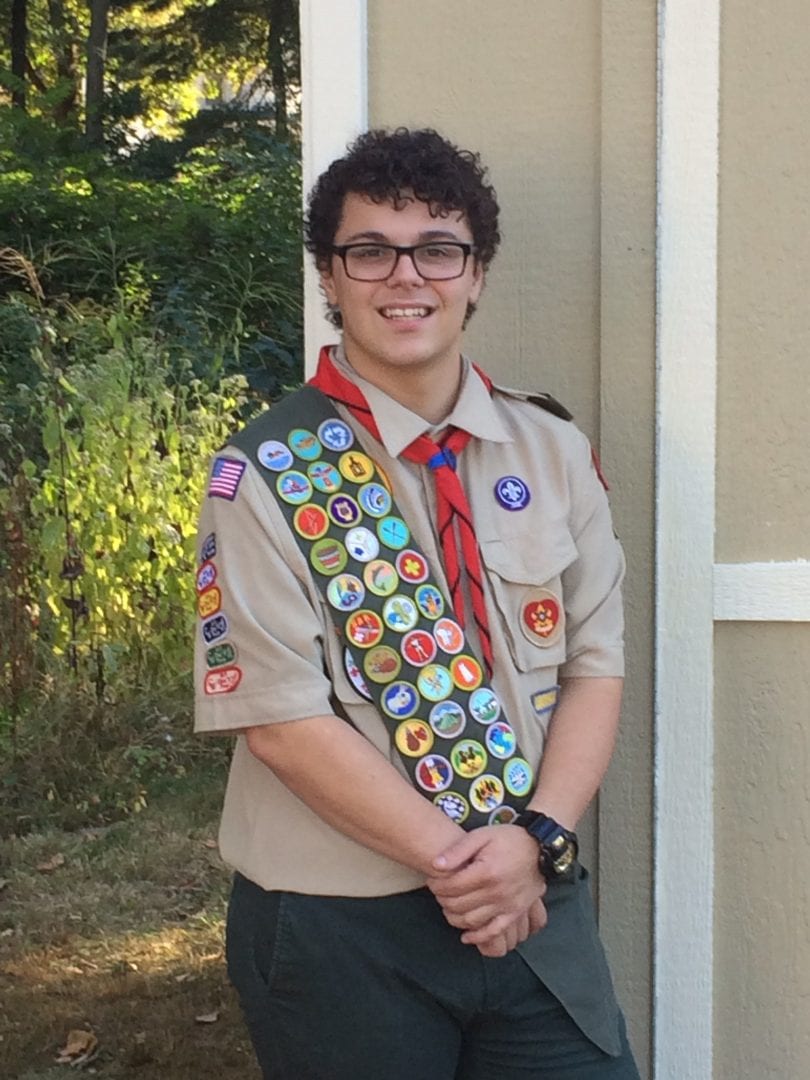 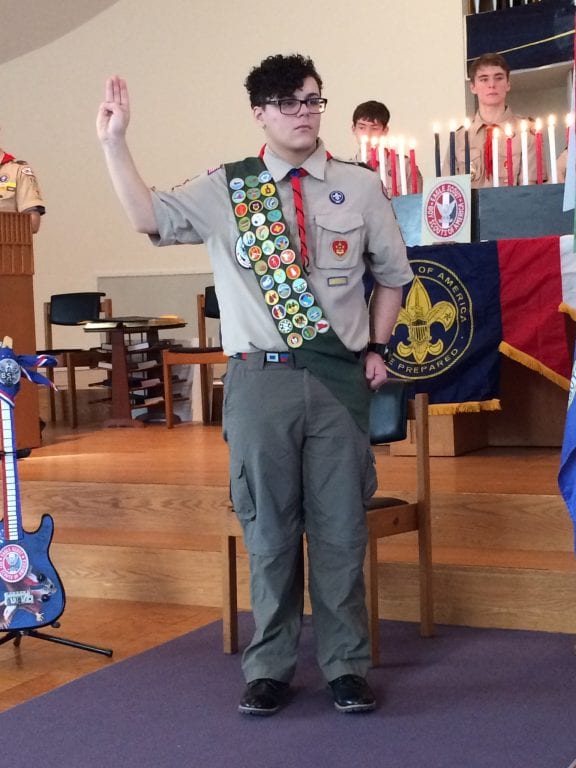 Christopher L. Stimson, a member of Troop 163 in West Hartford, was awarded his Eagle Scout rank Jan. 27, 2018. He is a senior at Conard High School.

For his Eagle Scout project, Stimson worked with volunteers who built and painted a gardening shed for the Church of St. Peter Claver.

Stimson’s scouting highlights include Sea Base, summer camp, and being Senior Patrol Leader and CIT. He will continue working with the troop as an Assistant Scout Master.

Outside of Scouts, Stimson is a member of the rock band Gravitonik. He is a member of Conard’s concert band and jazz band, pit orchestra, school stage crew, and National Honor Society. He is also a senior youth leader and eucharistic minister at St. Peter Claver.

Stimson will be attending Keene State College in the fall. 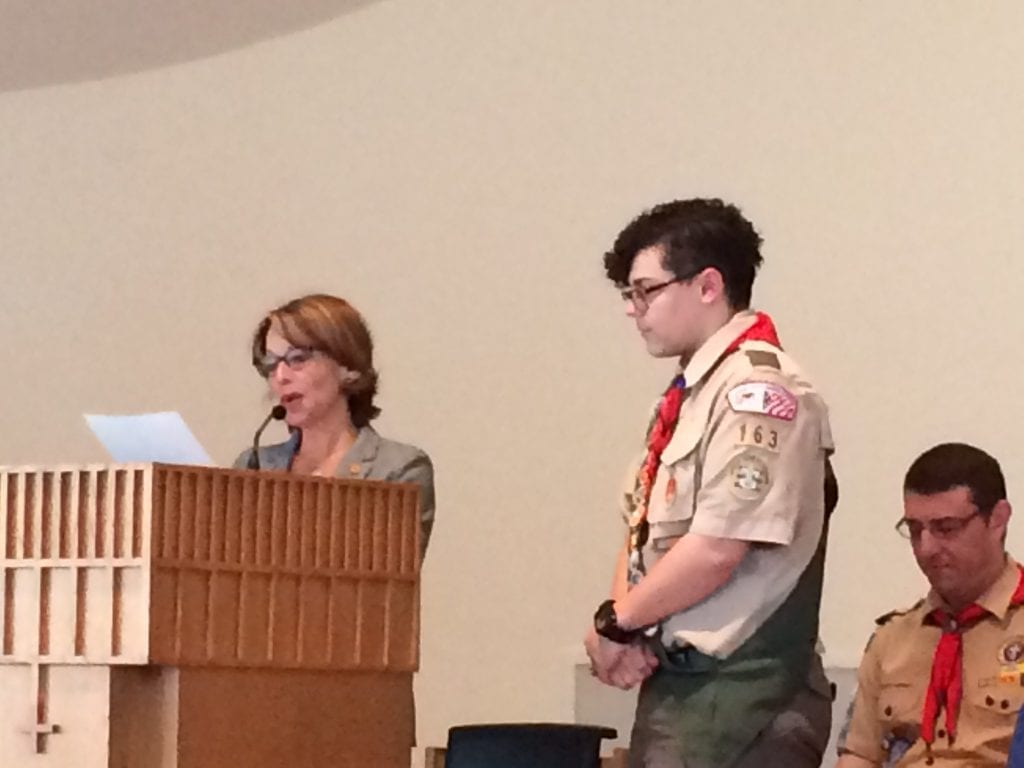 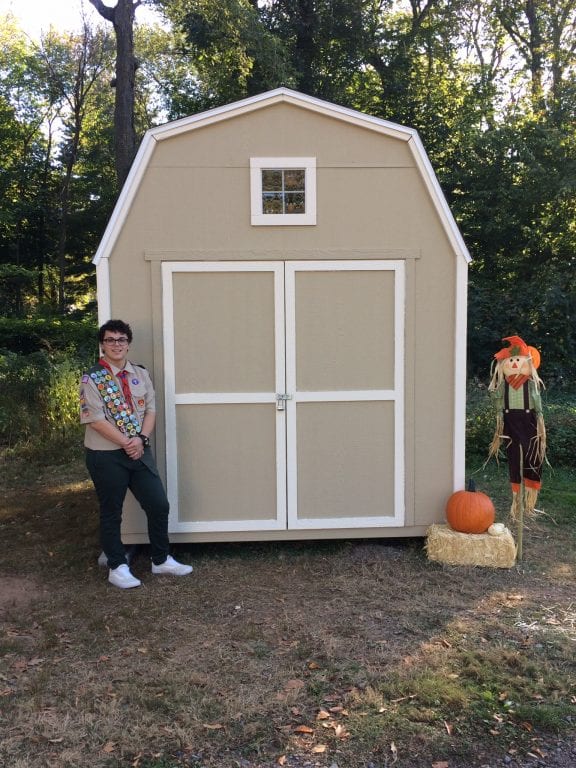 For his Eagle Scout project, Christopher Stimson and volunteers built and painted a gardening shed at the Church of St. Peter Claver. Submitted photo