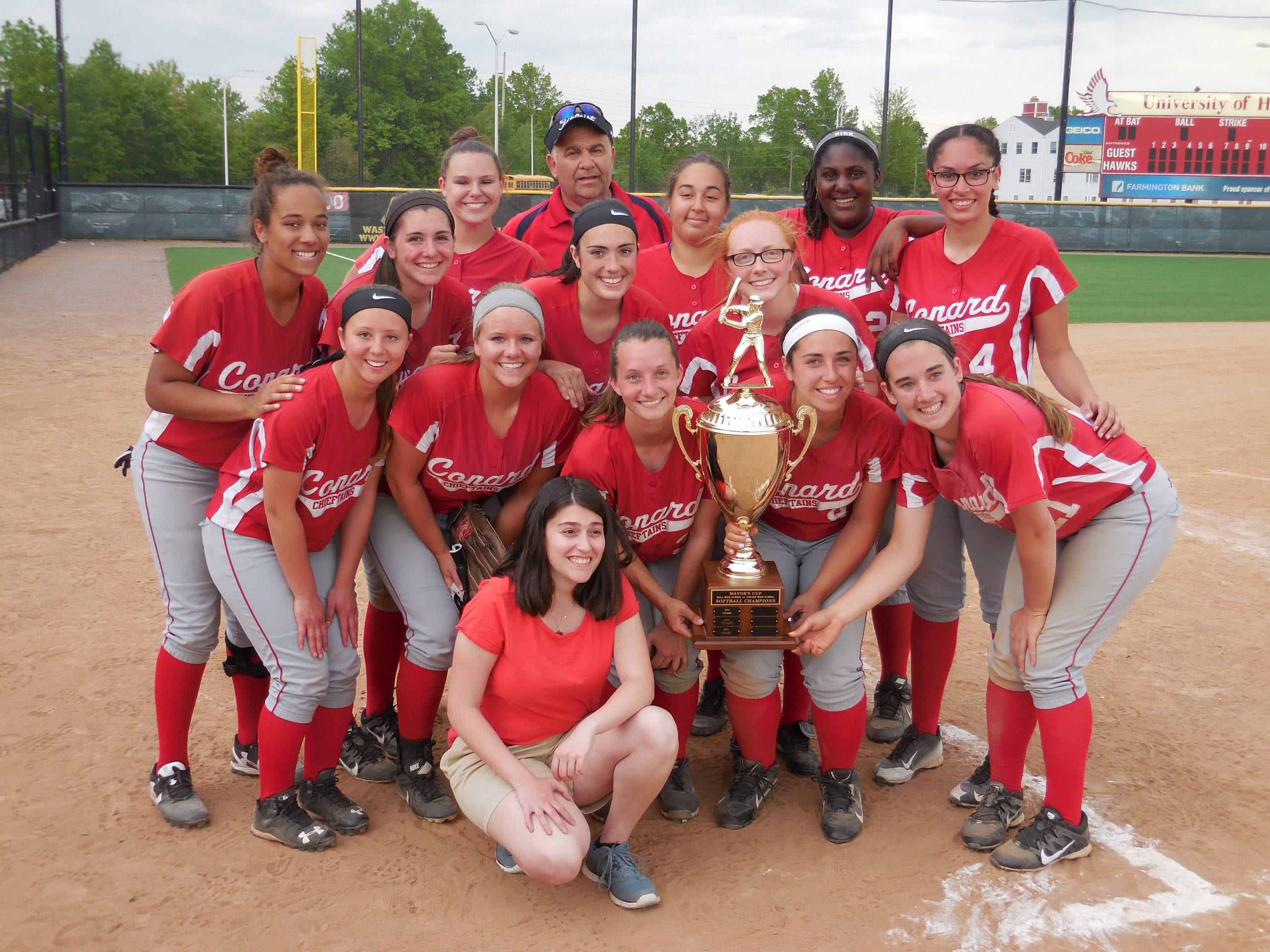 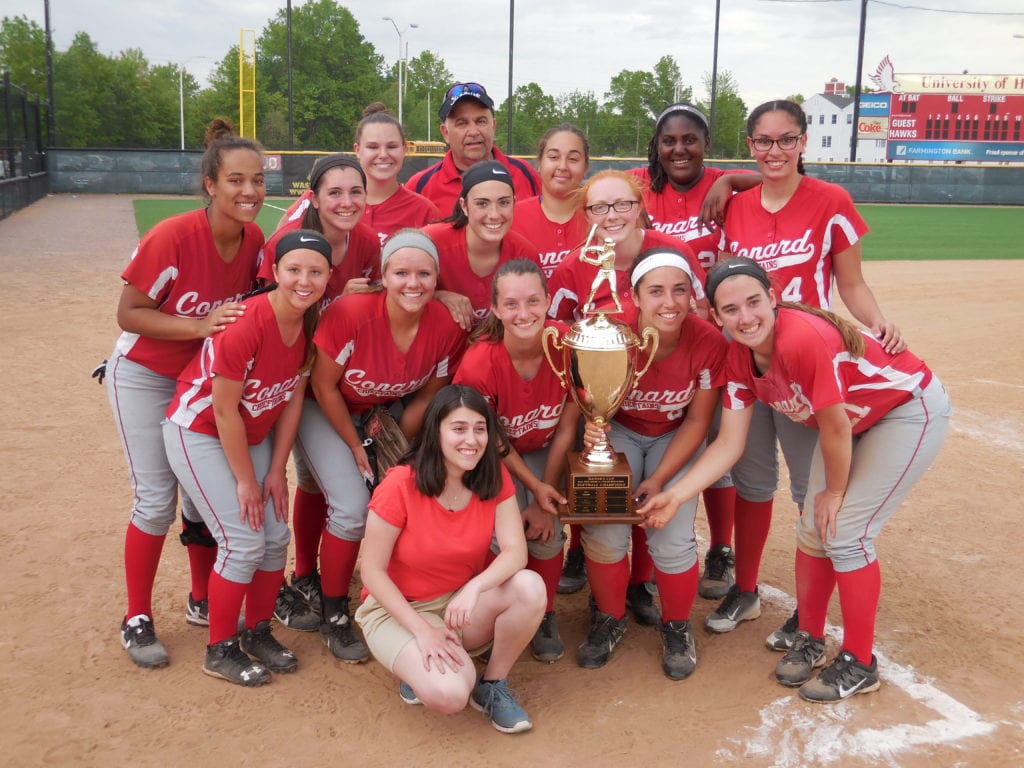 The Conard softball team took on crosstown rival Hall on May 23, 2016, in the Fourth Annual West Hartford Mayor’s Cup softball game at the University of Hartford, and brought home the trophy following a 11-0 win.

Conard pitcher Bridget Garach, who is a senior, struck out nine and hit a two-run homer in what was her second-to-last regular season game as a Chieftain.

The game was scoreless until the top of the fourth when Conard took a 4-0 lead.

Conard ended its regular season Tuesday with an extra-inning 5-4 loss to Newington, but with an overall record of 14-6 will head to the Class LL state tournament. Pairings will be announced on Friday.

Hall beat Avon 12-2 on Tuesday, but ended the season 5-14 and did not qualify for the tournament. 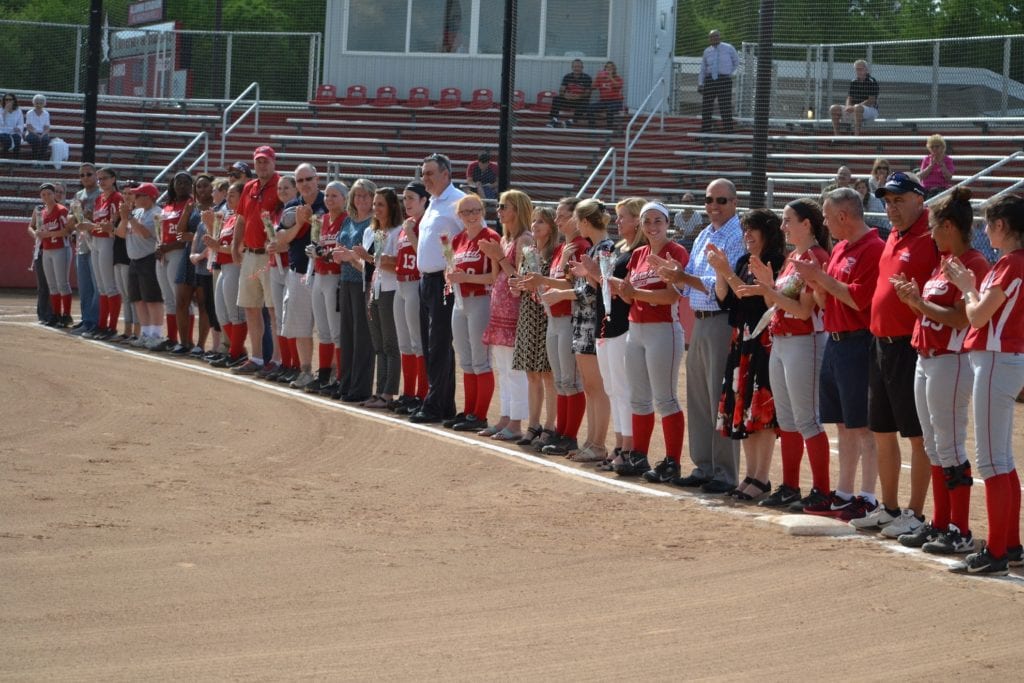 11 of the 13 players on the Conard varsity softball team are seniors, and posed with their parents before the Mayor’s Cup game on Monday, May 23, 2016. Photo courtesy of Liz Proietti