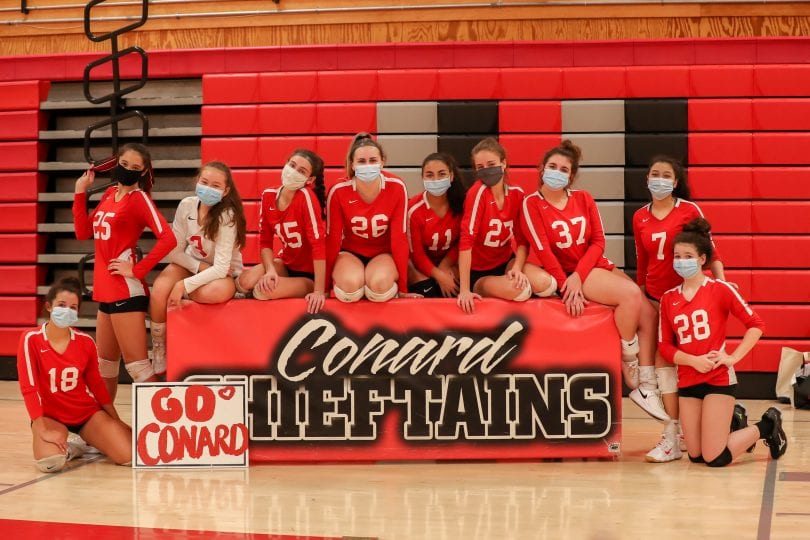 The girls volleyball season was anything but typical, and head coach Kerry Roller said she is so proud of how the team responded to the many challenges they faced. 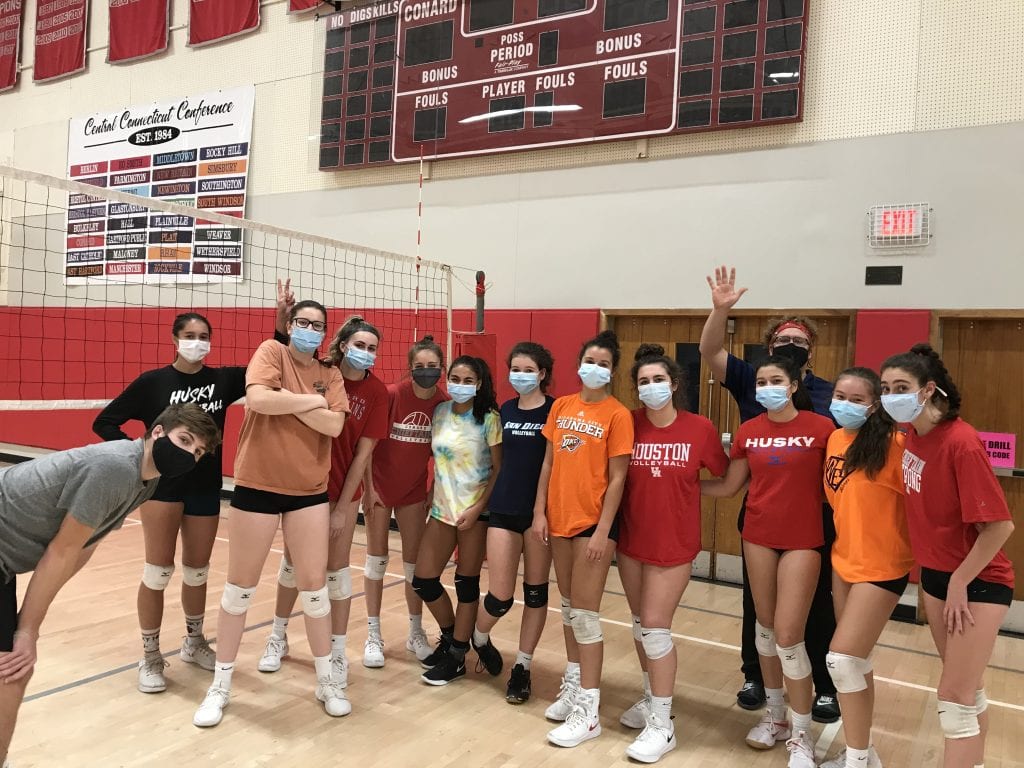 The girls volleyball team at West Hartford’s Conard High School ended the season with an 11-1 record, but that statistic tells only a very small piece of the story of this past season.

“Going into the 2020 season, the girls volleyball team was looking to improve on their last three finishes in the state tournament, three trips to the quarterfinals,” Roller said. “With the pandemic, everything changed. They played day to day.”

The team started the season practicing outside, on the grass of Conard’s baseball field, before moving inside the gym where they were required to remain masked at all times.

“The team knew that every day could be their last day of their season,” said Roller. “Our schedule went from being one of the toughest in the state to playing teams in our region, with no state tournament. The team made the best of the situation. They worked together all season to continue to get better.”

The varsity team had a lot of youth, including two freshman players, Dani DiGiacomo and Lily Nguyen, as well as sophomores Sydney Miranda, AJ Sharpe, Elyssa Sevillano-Colon, and Nina Buczynski. The entire group grew together as a team, forming strong bonds by the end of the season.

“They were resilient, and adapted to all of the changes that this season brought their way,” Roller said.

On top of everything else, coach John Benyei, who coaches the developmental team, was in a motorcycle crash at the beginning of November. He’s recovering from his injuries, but was unable to coach for the last few weeks of the season. 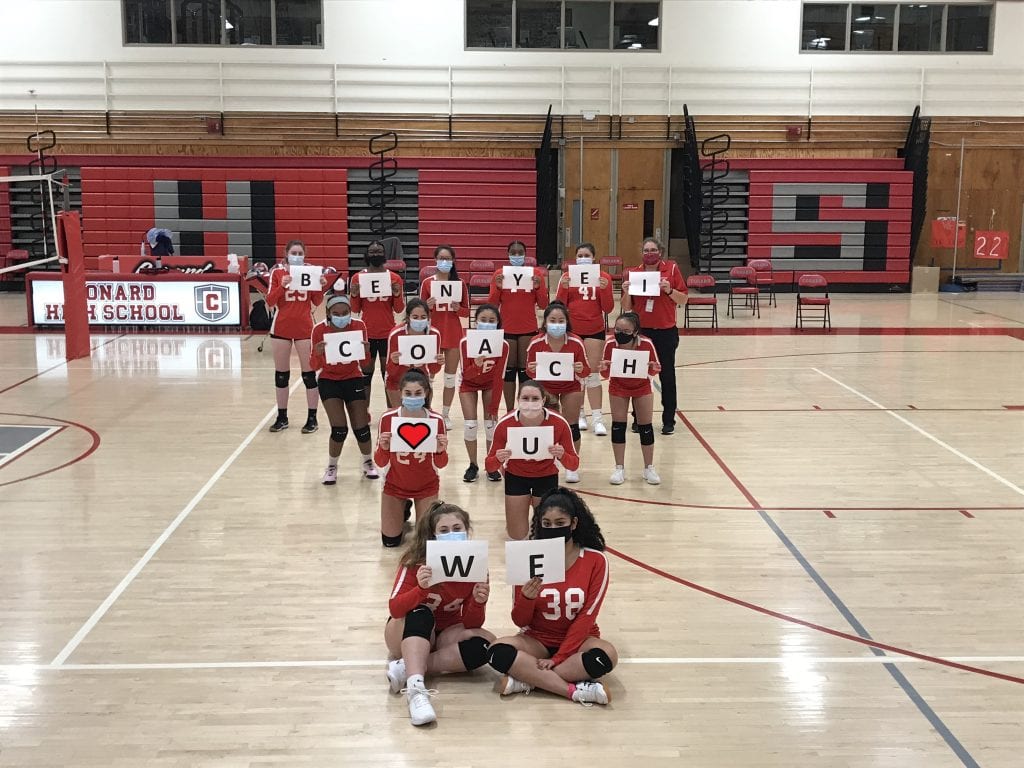 Theriault, who along with Robinson was the only senior on the team, had to miss the last two matches of the season, including her last chance to face crosstown rival Hall. She was out sick, Roller said, not with COVID-19, but with the pandemic even a case of the sniffles requires staying home.

“The final match was a hard fought battle,” Roller said. “Without our senior middle hitter, Avery Theriault, our offense was missing a strong weapon. Our outside hitters, Kallie Guerraz and Izzy Pincince and our opposite hitter, senior Mia Robinson, picked up the offense and carried the team.”

In that final match against Simsbury, Robinson had one of her best matches of the season, Roller said, and the contribution of the defense, and Park’s ability to spread the ball among the offense, made the difference, along with Guerraz’s 20 kills.

Theriault ended the season tops in the state in hitting percentage at 0.543 with 82 kills in the 10 matches she played, and will be continuing her volleyball career at the collegiate level. Park’s play this year, with 254 assists, earned her recognition on the AVCA Phenom List for 2020.

According to Roller, the AVCA Phenom List includes top players from all over the country, and Park hopes to be able to participate in the Phenom Talent Showcase in Nebraska when it is rescheduled in April, where she will have the opportunity to practice and compete in front of hundreds of college coaches.

“I am very proud of how this team continued to put in the work to get better everyday,” Roller said. “Having a daily connection to the team helped all of the players during this pandemic.

“It is a season that will be remembered for its uncertainty, safety procedures, and masks but I know I am truly grateful that we had a season and the girls were able to play together.”