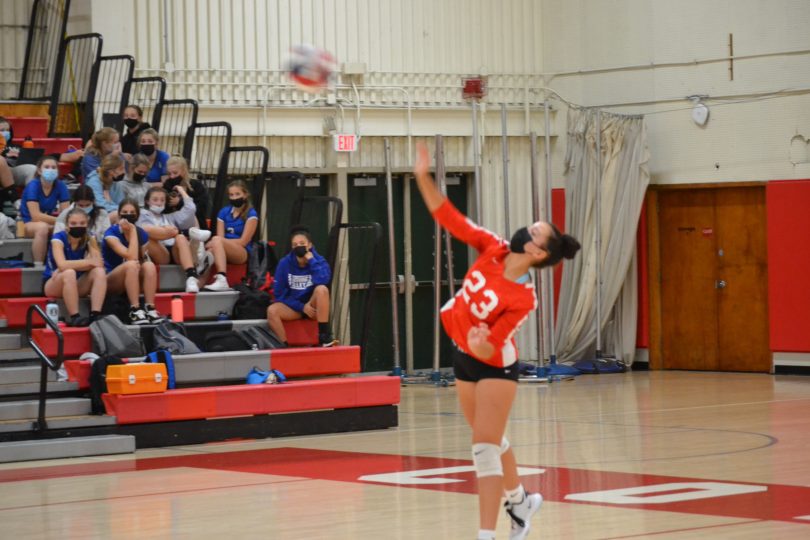 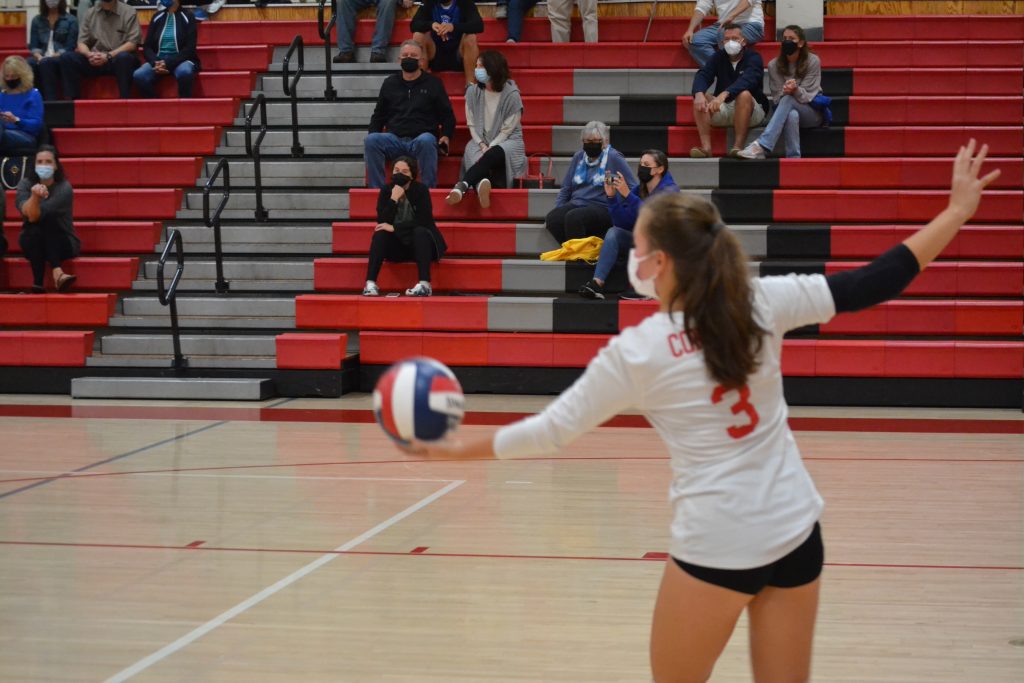 Like a pair of prizefighters squaring off in the ring, the Conard and Southington volleyball teams left everything on the court in a thrilling, hard fought match on Monday.

“It was nice to get it done in four today,” said Conard coach Kerry Roller.

Conard jumped out to a quick 5-0 lead in the first set behind the serving of Nyssa Park, who led the team with five aces on the day. A big block at the net by AJ Sharpe pushed the lead to 8-4, and Conard would go up by as many as 6 points before Southington went on a run and cut it to 15-11. Conard held tough to take the opening set when Sydney Miranda’s tipped return found the floor on the other side of the net. 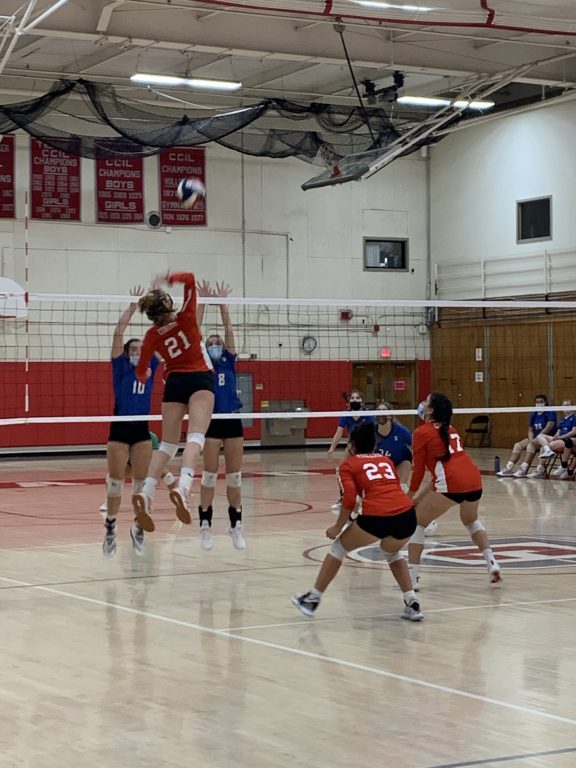 The second set saw both teams come out even stronger, with Southington building a six point lead at 14-8, before Conard would use Zahara Quraishi’s serves to move within two, at 15-13. Southington would take control at 23-19 and close it out at 25-21 to tie things at one set apiece.

Conard is a young team with just a pair of seniors on the roster, but they play a strong, organized team game. “Nyssa Park has a great volleyball IQ,” said Roller. “She always knows who to go to.”

In the third set, the two teams exchanged long rallies, showing total commitment to winning each point. It would be Conard rallying late in the set behind the serving of Park – who ripped off five straight points. The two continued to trade serves and points until the home team took it 25-17 on Danielle DiGiacomo’s serve. 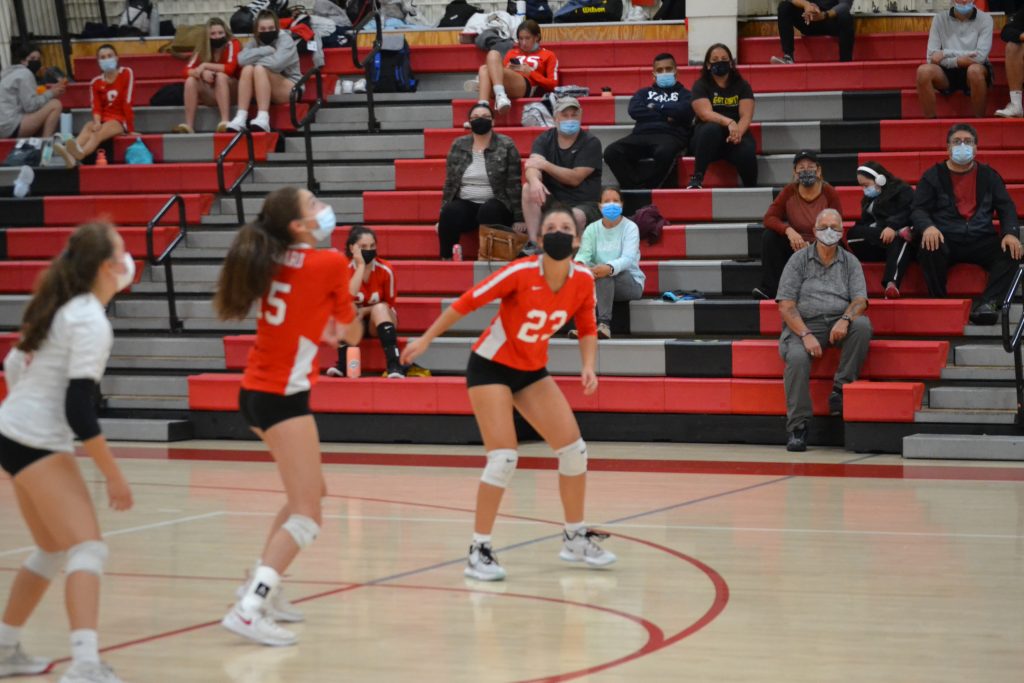 Southington served first in the decisive fourth set, and took a 7-5 lead before Conard took back the serve and tied things at 8. Conard’s front line of Quraishi, DiGiacomo, and Miranda, along with Isabella Pincince, were strong at the net throughout the match. Their timing in setting up blocks was strong, and it was Quraishi putting the point away after three straight attempts to make it 14-10 Conard.

The Chieftains built the momentum behind the strong all-around play of Lily Nguyen and Park to secure the match with a 25-18 win in the fourth set. “As a sophomore, Lily is on the Phenom’s List and is one of the best players in the area and the state,” said Roller.

DiGiacomo and Quraishi combined for 21 kills, while Park, Pincince, and Nguyen chipped in 37 digs between them. 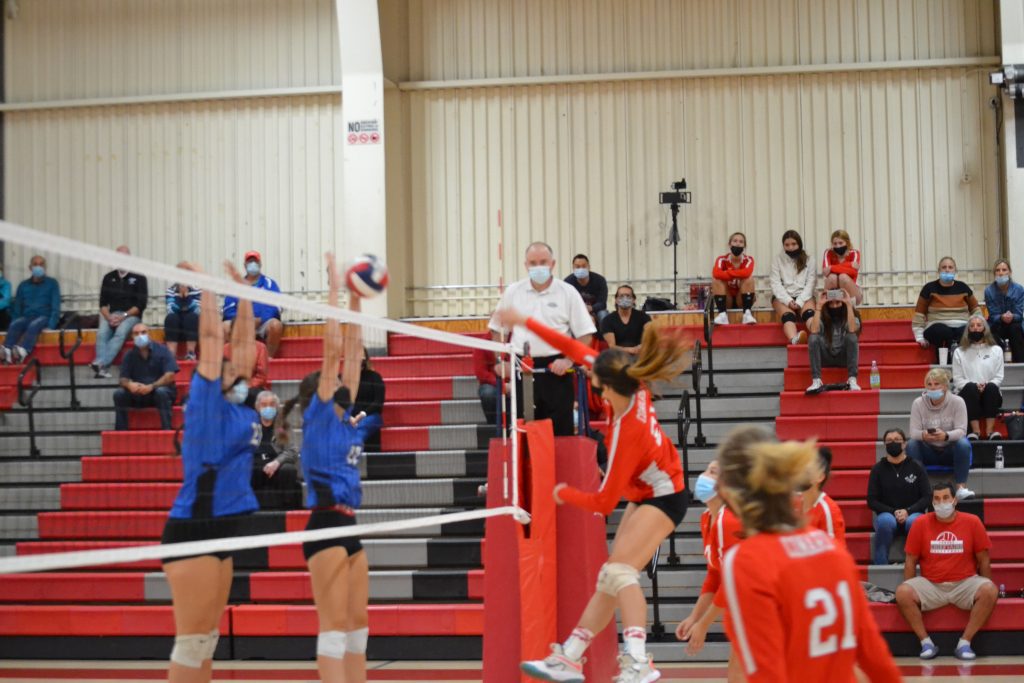 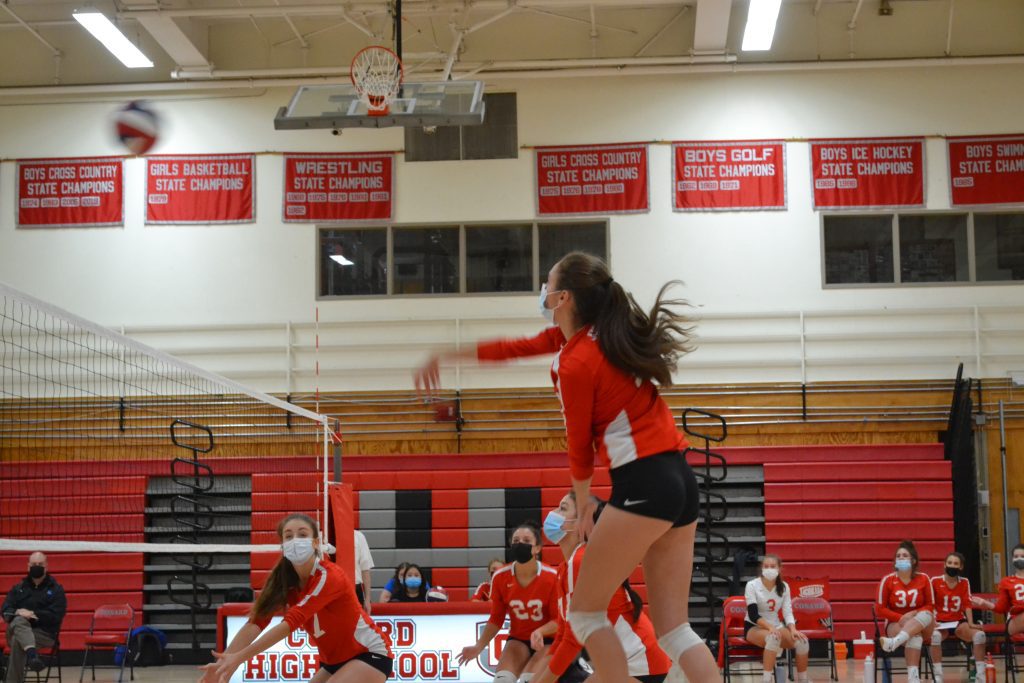