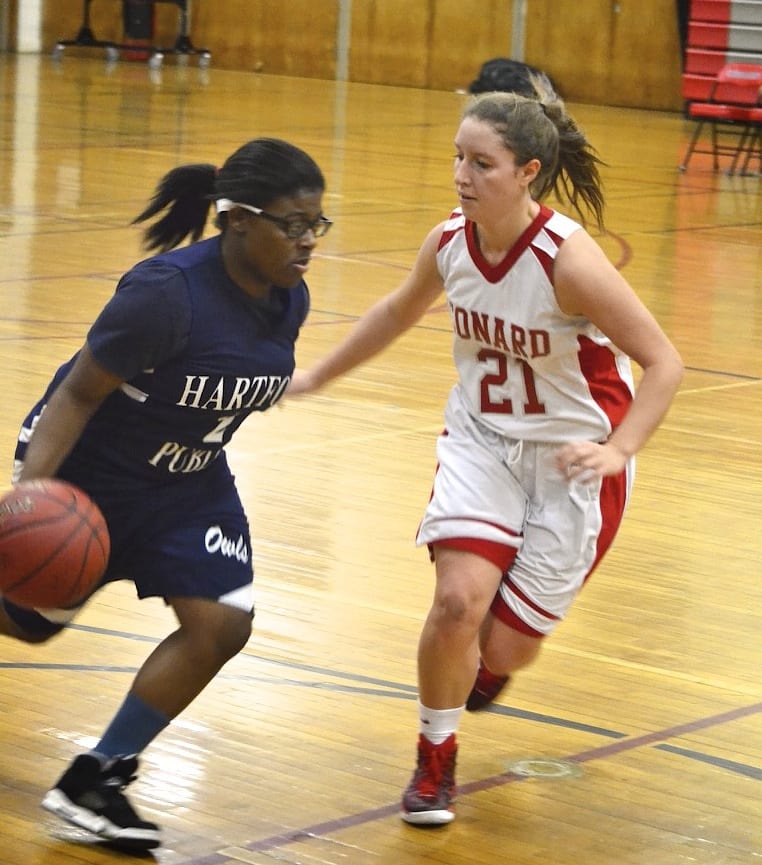 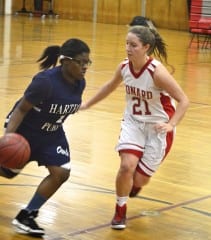 Conard senior Shelly Rodgers, a guard on the girls basketball team, tied the school’s record for most three-pointers in a single game when the Chieftains faced Wolcott on Dec. 27, 2014, in the St. Paul Holiday Tournament. Rodgers made six three-pointers in the game, tying the record previously set by Casey Carpenter in two games during the 2000-2001 season.