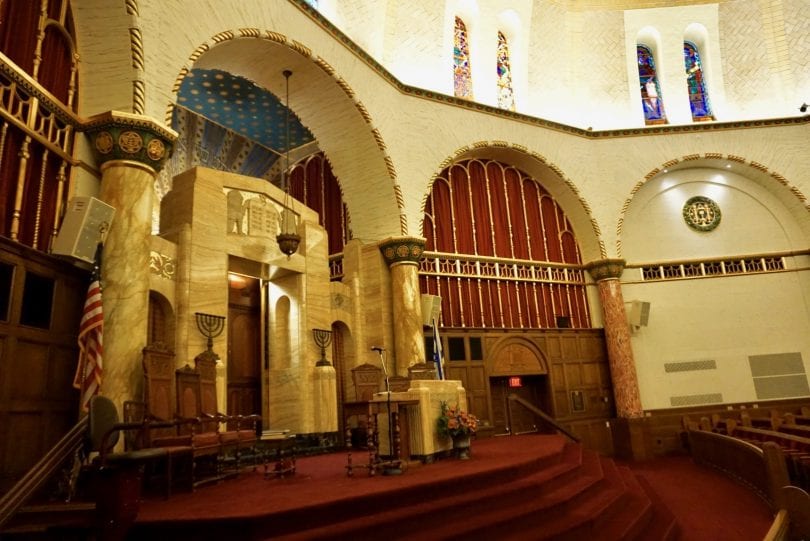 On June 6, 1843, the Connecticut General Assembly created a petition that granted the Jewish populations in the Hartford and New Haven regions the ability to build synagogues, gather, and worship freely. 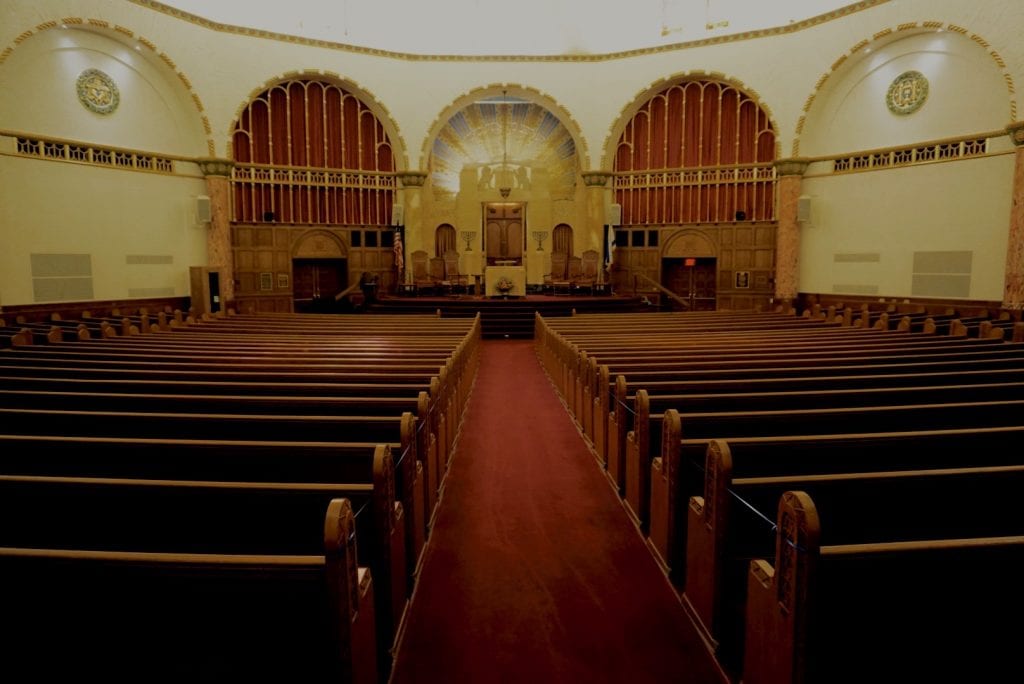 To commemorate this milestone in the history of Connecticut, West Hartford’s Congregation Beth Israel will celebrate 175 years of religious freedom with a special event on Wednesday, June 6, at 6 p.m. alongside several other religious organizations in the greater Hartford region.

In 1876, the original Congregation Beth Israel was built and opened on Charter Oak Avenue in Hartford, but in 1936 the congregation relocated to West Hartford, their current home.

Although the move allowed for the organization to write a new chapter, Zande said, “We moved to West Hartford and became part of the secular world,” which presented its own challenges as the world neared the start of World War II. However, despite the community facing severe prejudice, Congregation Beth Israel created bonds with other faith communities while strengthening their culture.

Now, Zande describes the community as diverse, but passionate about the faith. She said, “We’re heterogeneous. The people are diverse, but we’re there for the same reason.” Zande also said, “we have a lot of history in our community, but we use it to move forward and learn from it.”

Throughout the years, Congregation Beth Israel has created opportunities for people to get involved and foster faith and worship, which are important components of the synagogue’s culture. 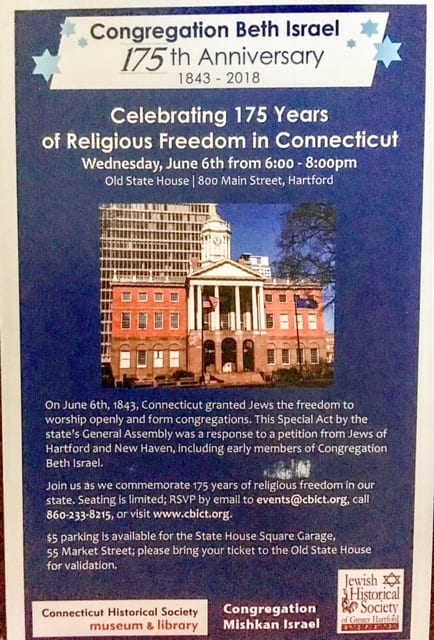 On Friday evenings into Saturday, the synagogue partakes in their Shabbat, a weekly worship service. They also offer community outreach programs including a FoodShare truck service, collecting backpacks for children, and an innovative religious school program for students to learn more about their faith.

“Some people just join for the connection to other people,” said Zande as she explained the inclusive, inviting environment that Congregation Beth Israel has to offer.

As Congregation Beth Israel prepares to celebrate the 175 years of religious freedom, other faith organizations in the Hartford Area are also preparing to celebrate with the synagogue as well.

The celebration is planned to happen at Connecticut’s Old State House located on 800 Main St., Hartford, CT 06103. The June 6 event will begin at 6 p.m. and continue until 8 p.m.

The celebration of 175 years of religious freedom in Connecticut is open to the public, but seating is limited. RSVP by email to [email protected], call 860-233-8215, or visit www.cbict.org.