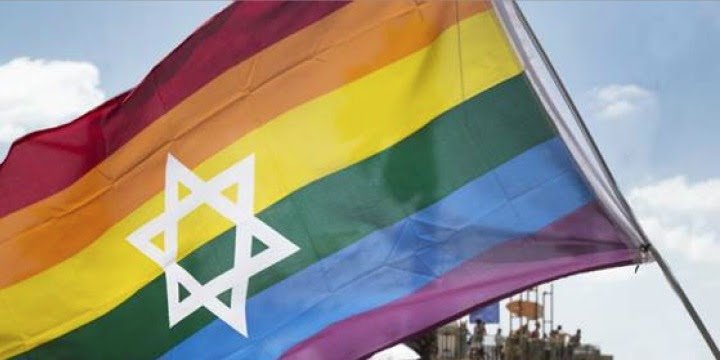 Congregation Beth Israel is holding a Pride Shabbat service on Zoom on Friday, June 26 at 5:30 p.m. and is proud to welcome Rabbi Elissa Sachs-Kohen as guest speaker for the service. Rabbi Sachs-Kohen once served at CBI, and she was the synagogue’s first gay rabbi.

CBI is proud to honor the movement for Lesbian, Gay, Bisexual, Transgender, and Queer equality and inclusion while celebrating LGBTQ+ Jews and the intersection of Jewish identity and LGBTQ+ identity. The synagogue raised its Pride flag May 31 to honor Pride Month, which is celebrated annually by the LGBT community in June.

Rabbi Elissa Sachs-Kohen – who was assistant Rabbi for five years at CBI – has served for 16 years as one of the rabbis at Baltimore Hebrew Congregation. In addition to all the lifecycle, teaching and preaching responsibilities, she is the Director of BHC Cares and advises BHC Justice, concentrating in recent years on racial justice, immigration, poverty, and environmental issues.

Rabbi Sachs-Kohen has had the honor of serving on several community organization boards and task forces, including Habitat for Humanity, the Center for Jewish Camping, Pearlstone Sustainability Coalition and others. She was appointed by Governor Martin O’Malley to serve a term on the Maryland Commission for Women.

Congregation Beth Israel is a Reform Jewish synagogue of over 700 families, tracing its history to 1843, when Jews were first given the legal right to establish a synagogue in the state of Connecticut. Today, Congregation Beth Israel is a welcoming community where people of all ages and backgrounds can deepen their spirituality and engagement in the world through prayer, celebration, learning, and efforts to repair the world.

For more information or to find details on how to watch the service via Zoom, go to www.cbict.org/calendar.