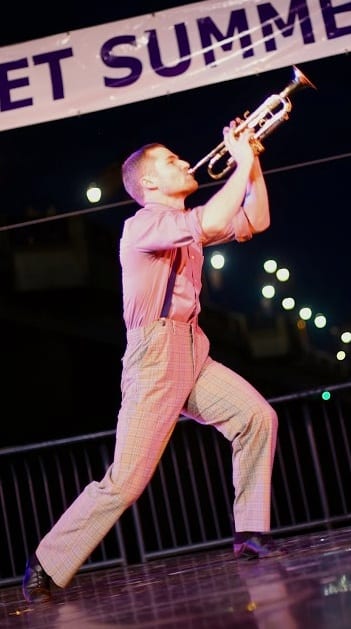 West Hartford’s Elizabeth Park is one of the five stops on the 2015 Summer Dance Caravan.

Connecticut Ballet’s Summer Dance Caravan 2015 will crisscross the state during July, bringing outdoor dance performances to five communities including its second annual appearance at Elizabeth Park Conservancy, 1561 Asylum Avenue (corner of Prospect and Asylum), West Hartford, on Saturday, July 25, at 6:30 p.m. Rain date will be the next evening at the same time.

The Elizabeth Park performance is dedicated to the memory of board member Marjorie Wilder, former Corporation Counsel for the Town of West Hartford.

Artistic Director Brett Raphael announced that this year’s Caravan will feature a classical and contemporary favorites from the repertoire, featuring a revival of the celebrated ballet, “Pas de Quatre” and two world premieres.

All events (except Ives Concert Park) are free to the public and suitable for audiences of all ages. A shuttle bus will run from the nearby UConn parking lot on Asylum Avenue to Elizabeth Park. Bring a flashlight for exit after the event.

Performances were already held on July 14 at the Levitt Pavilion for the Performance Arts in Westport and ob July 18 at Riverfront Recapture in Hartford.

In addition to the event in Elizabeth Park, remaining performances are July 31, 7:30 p.m. at Ives Concert Park, Danbury (no rain date); and Aug. 1, 7:30 p.m. at Middlesex Community College, Middletown (rain date is Aug. 2).