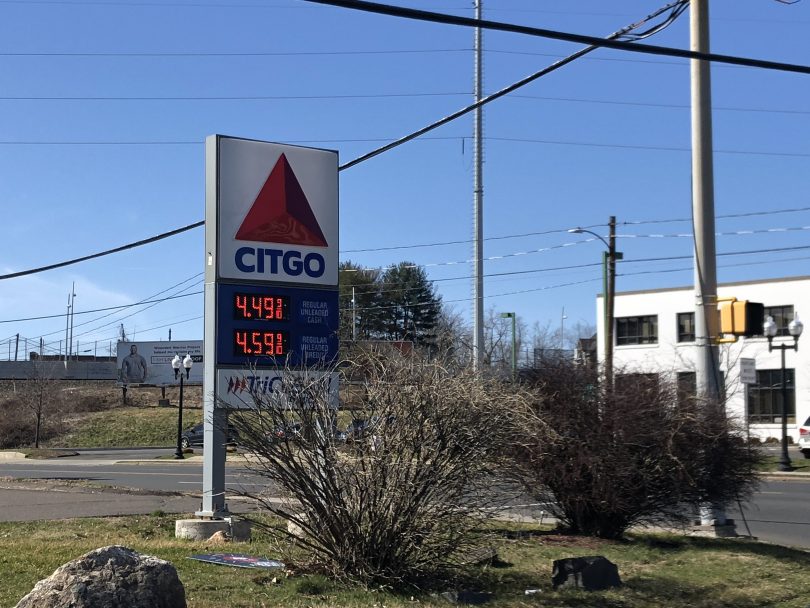 The state House and Senate unanimously passed a bill suspending the 25-cent excise tax on gasoline for three months, providing free bus service during that timeframe, and adding a week-long tax holiday on clothing and shoes.

Speaking at an event in West Hartford early Wednesday afternoon, Gov. Ned Lamont said he expected the House and Senate to approve a three-month gas tax holiday, and by Wednesday afternoon the bipartisan bill – which the governor pledged to sign immediately – passed both chambers unanimously.

“With prices increasing all around us, we need to act and provide relief for folks in our state,” said state Sen. Derek Slap (D-West Hartford). “I’m glad we are taking action to lessen pain at the pump and keep more money in families’ wallets. I plan to continue working with my colleagues to find more solutions and continue to aid members of the public.”

The bill is estimated to save residents a combined total of $101.3 million.

The gas tax holiday will not be paid for through the state’s General Fund budget or the Rainy Day Fund, but rather will reduce the state’s Special Transportation Fund by $90 million. A report by CTNewsJunkie.com noted that lawmakers cautioned that the suspension should not become permanent.

Slap noted that the Special Transportation Fund recently received additional funding due to higher gas prices, and this legislation returns that windfall to residents.

As of April 1, retail gasoline sellers are required to reduce their pump price by 25 cents per gallon or they could face charges of unfair or deceptive trade practices.

Ahead of this week’s vote, state gas station owners, through the Connecticut Energy Marketers Association, lobbied lawmakers to provide them with a rebate for taxes paid on fuel already in their inventory, CTNewsJunkie.com reported. While a rebate was not included in the bill, supply generally turns over within three to five days.