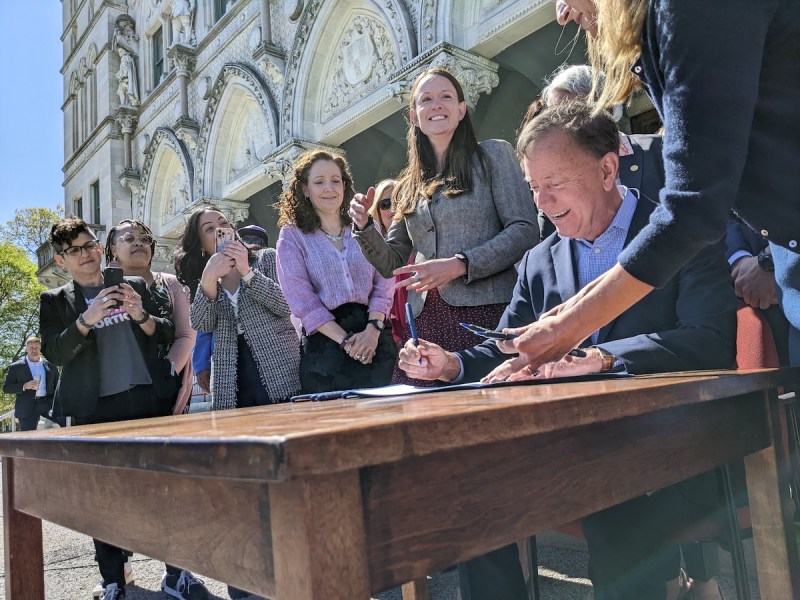 State Rep. Jillian Gilchrest of West Hartford (to the left of the governor in photo above) said, ‘This is a dark day. This is a dark time for our country and I’m glad that Connecticut can be a light.’

Connecticut took steps to preserve access to legal abortion services Tuesday as Gov. Ned Lamont signed into law a bill shielding patients as well as doctors providing the procedure from legal action by states where abortion may soon be illegal.

Lamont signed the bill flanked by legislators and reproductive rights advocates during a ceremonial event outside the state Capitol building Tuesday morning. The bill, passed by the legislature late last month, comes as the U.S. Supreme Court appears certain to overturn Roe vs Wade, the decision that has made abortion legal nationwide since 1973. The change would leave states free to enact policies banning abortion.