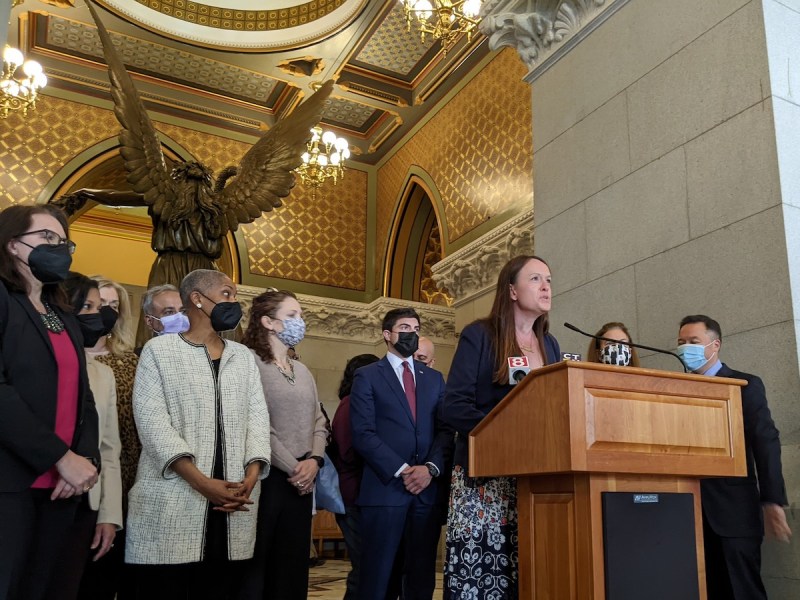 State Rep. Jillian Gilchrest, D-West Hartford, said many of the pro-choice lawmakers in Connecticut were expecting this decision.

Less than a week after passing legislation expanding access to abortion services in Connecticut, lawmakers reacted with outrage Tuesday to a draft opinion by the U.S. Supreme Court arguing for the repeal of Roe vs. Wade.

The draft opinion of the conservative high court was leaked and published Monday by Politico. The court has confirmed the document is authentic, though it may not reflect a final decision, it does indicate that a majority of the court is in favor of overturning the landmark case which legalized abortion nationwide in 1973.