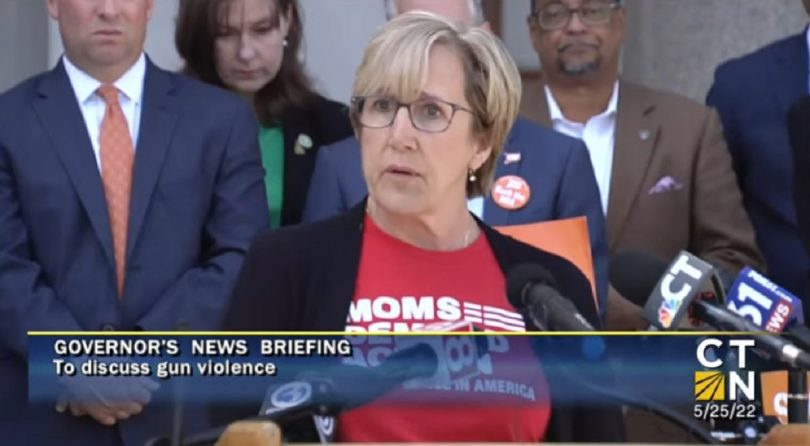 Mary Ann Jacob speaks during a May 25, 2022 press conference (courtesy of CTN)

Connecticut officials and gun control advocates gathered on the steps of the state Capitol Wednesday to demand federal action in the wake of a deadly school shooting in Texas with tragic echoes of the Sandy Hook shooting nearly a decade ago.

The Tuesday attack in Uvalde, Texas left 19 children and two elementary school teachers dead and has prompted a renewed conversation on the nation’s gun safety policies. The trauma feels especially familiar for some in Connecticut, where a gunman murdered 20 children and six educators at Sandy Hook Elementary School in 2012.