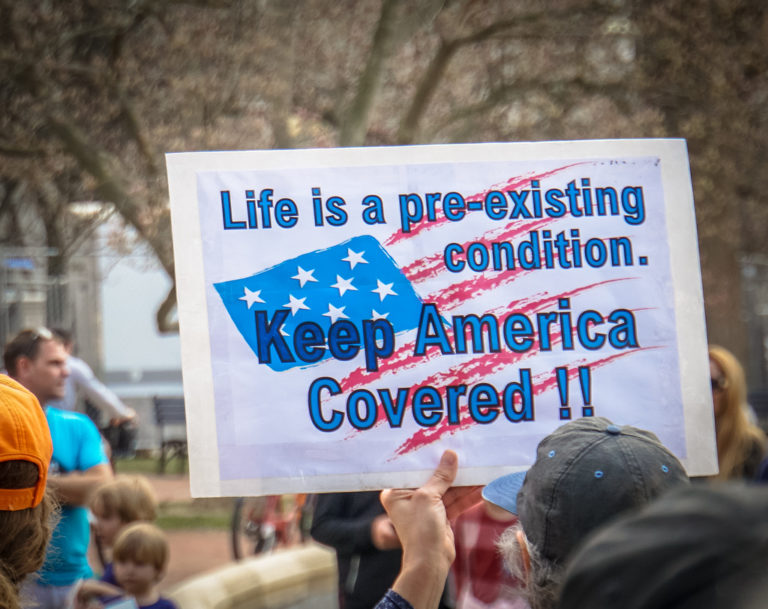 Legal officials from 20 states and the District of Columbia are asking the Supreme Court for a speedy review of the Affordable Care Act decision. Photo credit: Ted Eytan (Courtesy of CTMirror.org)

Nearly half a million Connecticut residents with pre-existing conditions have coverage due to ACA protections.

The group of attorneys general from 20 states and the District of Columbia filed a petition urging the court to hear the case in its current term. If it agrees, a decision would be reached by the end of June, a swift timeline that puts the ruling in the middle of the presidential election.

The states were joined in their effort by the lawyers for the U.S. House of Representatives, who filed a separate legal brief seeking an expedited review by the Supreme Court.

“Hundreds of thousands of Connecticut residents have access to affordable healthcare as a result of the ACA. No one wants to return to the days where insurers discriminated against patients with so-called pre-existing conditions like diabetes, childhood cancer or pregnancy,” Tong said Friday. “No one wants thousands of young people, or hundreds of thousands of Medicaid patients kicked off their plans overnight. The consequences in this case are literally life and death for far too many people in Connecticut.”

In Connecticut, 250,000 residents have benefited from the expansion of Medicaid, Tong said. Thousands of people younger than 26 have health insurance through their parents’ plans here, and nearly half a million residents with pre-existing conditions have coverage due to ACA protections.

A federal appeals court ruled last month that the individual mandate provision of the ACA is unconstitutional. The court struck down the mandate, which required that most Americans have health insurance, because a massive tax bill had eliminated the penalty for those who did not comply.

A lower federal court in Texas previously ruled that, because the provision was unconstitutional, the whole health care law was as well.

But the appeals court ruling largely ducked the central question of whether the rest of the ACA remained valid after Congress removed the penalty for not having health insurance. The three-judge panel sent the case back to the lower court to decide whether the other portions of the landmark health law should be tossed out.

The Trump administration backed a coalition of Republican states that challenged the law last year. Reforms to the 10-year-old statute have been a key focus for presidential contenders on the campaign trail.

Tong and the other attorneys general argued in their petition that hearing the case on an expedited basis is crucial because the uncertainty “may harm the health of millions of Americans and severely impact doctors, clinics, patients, and the health care market.”

“Today’s filing by Connecticut and its coalition states makes clear that patients, doctors, hospitals, employers, states, pharmaceutical companies and more will be impacted by the looming uncertainty of the Fifth Circuit’s decision,” he said.

“While the Trump Administration fights to strip access to health care, our coalition moves forward to defend it,” Becerra said in a statement. “We’ll continue to fight because our communities are healthier when everyone can access affordable care.”