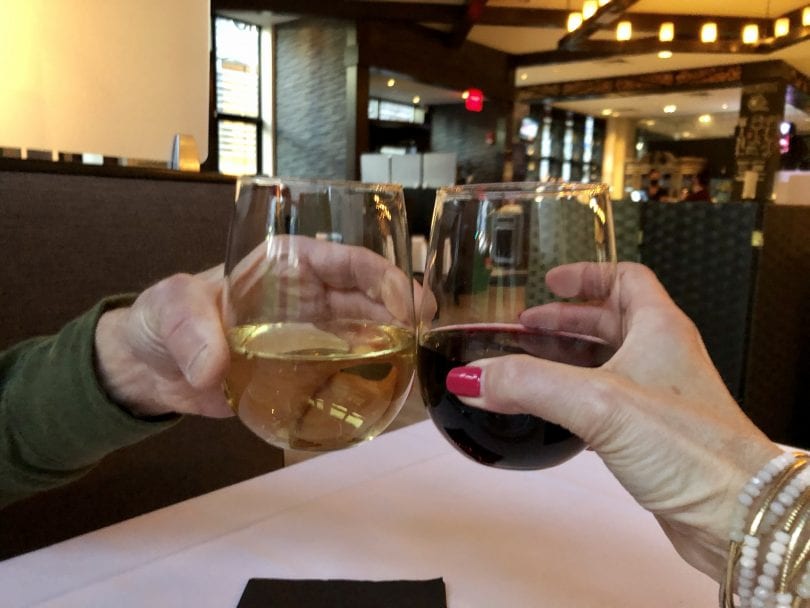 Those who have been vaccinated will be treated to a free drink at participating Connecticut restaurants between May 19-31. Photo credit: Ronni Newton

The ‘Connecticut Drinks on Us’ initiative has just launched, but it’s likely that plenty of West Hartford establishments will be participating.

Beginning on May 19, hundreds of Connecticut restaurants will offer a free drink to customers who order food and can prove they have been vaccinated against the COVID-19 virus, Gov. Ned Lamont said Monday.

The program, organized by the Connecticut Restaurant Association and promoted by the state, is aimed at encouraging both vaccine uptake and patronage of the state’s restaurants. Lamont announced it during a press briefing.

“It’s called – have a little fun here – Connecticut Drinks On Us,” Lamont said. “You come on in, you get something to eat, you get a free drink. Could be a lemonade, could be a cool frosty. Probably not their high-priced champagne but we’re doing everything we can to give you an incentive so that you know that if you’ve been vaccinated – come on in.”

Scott Dolch, executive director of the restaurant association, said hundreds of businesses had signed up to participate on Monday, just hours after learning about it. He expected participation to grow before the May 19 date arrives.

“For us it’s really about thanking everyone who has been vaccinated, who’s made that decision,” Dolch said. “We wouldn’t be where we are as a state if it wasn’t for the residents of Connecticut making that decision and getting us to this point.”

Participating restaurants will foot the bill for the free drinks, but Dolch said the requirement that customers buy food in order to qualify helps ensure restaurants don’t lose too much revenue on the promotion, which is scheduled to run through May 31.

The program kicks off the same day Connecticut lifts most of its COVID-19 public health restrictions, including all its constraints on restaurants and bars. It also comes as supply of the vaccine has eclipsed demand and state officials begin mulling ways to encourage uptake among the unvaccinated population. Dolch said the promotion grew out of conversations on the topic last week with the Lamont administration.

As of Monday, two-thirds of adults in Connecticut had received at least one dose of a vaccine, Lamont said. Meanwhile, the administration announced that more than 50 providers in the state are no longer requiring an appointment in order to administer a vaccine.

“Transitioning clinics across the state to a walk-up method that do not require an appointment in advance is part of our ongoing focus to make getting vaccinated as easy as possible,” Lamont said. “If you have not yet received a vaccination, there is plenty of opportunity.”