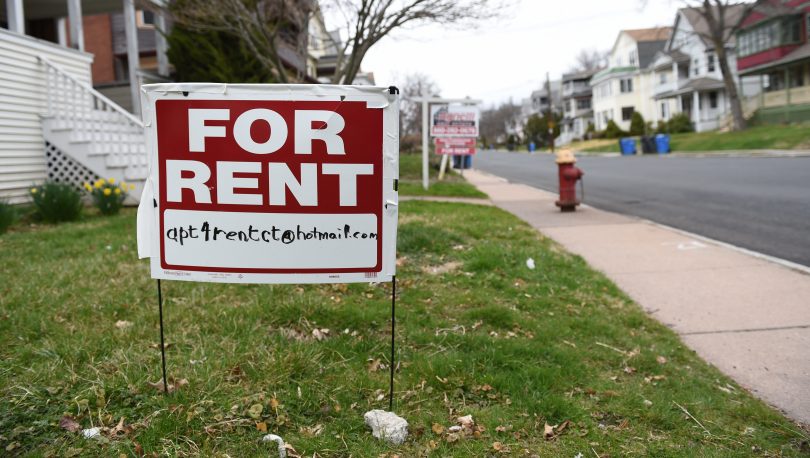 Struggling tenants can apply for emergency relief through UniteCT, which brought its mobile van to West Hartford earlier this week and remains accessible online.

The Centers for Disease Control extended its eviction moratorium until the end of next month, but Connecticut’s will still expire on June 30.

Gov. Ned Lamont’s office says they are reviewing the CDC’s extension, but haven’t made any changes to Connecticut’s moratorium.

The CDC said it was the “final extension of the moratorium.”

As of June 7, roughly 3.2 million people in the U.S. said they face eviction in the next two months, according to the U.S. Census Bureau’s Household Pulse Survey.

Housing advocates worry what will happen next.

“Once the eviction moratorium lifts, then landlords will be able to evict for no reason at all,”

Connecticut Fair Housing Center Executive Director Erin Kemple said. “What we know from other places is that once the eviction moratoriums were lifted, this pent up demand resulted in a significant increase in the number of cases that were filed.”

Connecticut’s deadline can be extended, but no decision has been made.

In order to avoid eviction, tenants must not owe six or more months of rent or do something to create a nuisance.

Although the federal moratorium provides leeway for tenants to get back on their feet, the Connecticut Fair Housing Center says it will have a drastic effect on future evictions.

“Indiana had a 658% increase in new evictions filed the week after it lifted its moratorium,” Fionnuala Darby-Hudgens wrote on the center’s website. “Delaware had a 1806% increase in its first quarter without a moratorium. A similar increase would see Connecticut go from 670 monthly filings to between 4,408 and 12,093 monthly filings.”

Struggling tenants can apply for UniteCT, an emergency rent relief program that helps pay for households impacted by the COVID-19 pandemic. However, landlords across the state have become hesitant from using the program due to personal encounters with tenants using the funds.

John Souza, president of Connecticut Coalition of Property Owners and a registered landlord in the state, explained his constant frustration with the program.

Some landlords have even gone as far as not accepting tenants who use these state funds as their payment source.

“We think that by refusing to take UniteCT, a lot of landlords are going to make a lot of people homeless, but also violate Connecticut’s fair housing laws.” Kemple said.

“Landlords need to know that places like the Connecticut Fair Housing Center are watching and are taking notice of the fact that some landlords are not accepting it,” Kemple said. “We are certainly filing cases when we have them with CHRO.”

Despite the program being fairly new, state officials are emphasizing the success it has had on the eviction status within the state and the platform it has set in order to move forward past the moratorium.

“It’s not a perfect program but the fact that we’re able to get some funds out the door in a reasonably expedient period of time, we feel it’s an appropriate response especially at this time of the pandemic,” Lamont spokesman Max Reiss said.

In effort to gain traction within the landlord community, UniteCT hosted a virtual webinar Wednesday for landlords to learn more about the program and voice any concerns that they have regarding the structure of it.

The discussion broke down the application process and program overview, while leaving time for individuals to ask questions if needed.

“There is still a lot of damage out there from the pandemic,” Reiss said. “A webinar like this is one part of this recovery piece. Our hope is that people will tune in and people will be engaged, but it is incumbent upon us to make sure that we keep on doing that outreach …”

In the meantime, advocates are working around the clock to educate individuals on potential aid, while also urging lawmakers to reassess the urgency behind protecting tenants from homelessness and evictions.