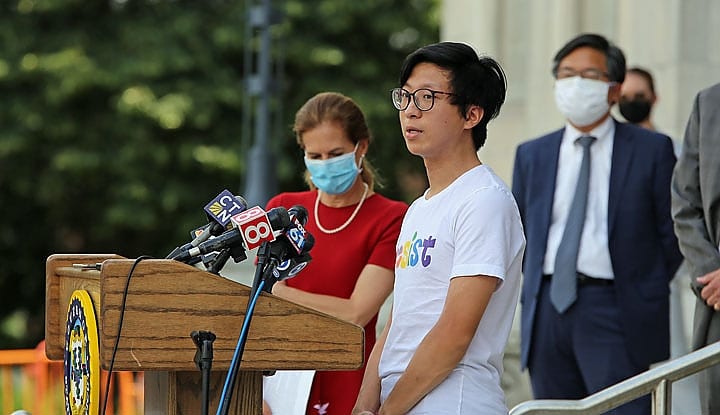 Updated: Connecticut had planned signed onto a lawsuit, but it was withdrawn after the DHS and ICE moved to rescind a policy that would have not permitted international students to remain in the U.S. if they were taking only online college courses.

The Department of Homeland Security (DHS) and U.S. Immigration and Customs Enforcement (ICE) will rescind a policy that would force international students taking online classes only this fall to return to their home countries.

Connecticut signed onto a lawsuit with 17 other states Monday that sought to reverse the policy, just days before the Trump administration was set to begin round ups of international students.

This lawsuit ran parallel to another filed by Harvard and MIT representing private universities which ultimately won the victory over ICE and DHS Tuesday. A federal judge in Massachusetts announced that the government and plaintiffs reached a decision.

Now that the policy has been reversed just a week after it was announced, ICE will revert back to the old guidelines surrounding international students, which would allow them to stay in the country regardless of whether their coursework will be online or in-person.

Connecticut Attorney General William Tong opposed the policy since it was first announced and agreed that rescinding it was the appropriate decision.

“This cruel and misguided rule should never have been drafted in the first place,” Tong said Tuesday afternoon. “Rescinding it was the only appropriate course of action. The Trump Administration owes an apology to the hundreds of thousands of international students who contribute tremendously to the academic, cultural, and economic vibrancy of our educational institutions. It was cruel and unnecessary, causing chaos and panic in schools across the nation. Colleges and universities need to make decisions about re-opening based on health and safety, not punitive immigration policies.”

She said that the support from friends and the community has been surprising and uplifting throughout the period of uncertainty.

“Honestly, I’m a little taken aback by all the support I saw and received on social media and the lawsuits from the universities to change the policy was very inspiring because it makes me, along with my fellow international students, feel like we are a part of the college community instead of outsiders,” Kerremans said. “I definitely feel like I have a weight off my shoulders and I can relax a little bit.”

Connecticut Attorney General William Tong announced Monday that Connecticut will join other states in suing the Department of Homeland Security and U.S. Immigration and Customs Enforcement over a policy targeting international college students choosing to stay in the U.S. to take online classes.

Connecticut joined a coalition of 17 other states that will sue the Trump administration in federal court in Massachusetts. Connecticut’s lawsuit advocates on behalf of the state colleges and universities.

“It is nothing less than an attack on Connecticut and our institutions of higher education and on students, teachers and staff and administrators,” Tong said. “We are talking about thousands of students across Connecticut.”

This lawsuit will run parallel to the lawsuit filed by Harvard and MIT last week that represents private universities.

“As a governor and a former business guy, it is just insane what we are doing right now,” Lamont said. “In the middle of this COVID crisis, I see the nurses, I see the doctors, I see the scientists – I see the role immigrants have played in pushing back on COVID.”

Lamont said that forcing international students to leave the state isn’t smart business. He said the state should be considering ways to incentivize them to stay.

“When you graduate, I’d like to give you a Connecticut visa attached to your diploma saying we are proud to have you here in Connecticut, stick around – it is a place of great opportunity,” Lamont said.

Due to the pandemic, many international college students have remained in the U.S. on their college campuses due to travel bans and stay-at-home orders. Trump’s announcement is now forcing them to return home as the school year is beginning and the pandemic shows no signs of slowing.

“The fact that the administration took this action during the middle of a pandemic, using a national health emergency to further alienate people they define as ‘other’ is an abhorrent betrayal of the role of government,” said Mark Ojakian, president of the Connecticut State Colleges and Universities System, which is represented in the lawsuit.

Several leaders labeled the policy as racist. Tong said that the policy is not about trying to encourage universities to provide in-person classes. While that is a goal of the Trump administration, Tong said this policy is about anti-immigration sentiment.

“It is so disruptive, it goes beyond political pressure,” Tong said. “Like so many things this administration has done with respect to foreign-born individuals, immigrants, international students, I think this is part of a larger war on immigrants and international students and what I can tell an attempt to do as much damage to the immigration system as possible in the few months they have left in office.”

International students who spoke at the press conference said they felt frustrated and scared by the new policy. If they were forced to return home, they would be taking online classes in a different time zone, some with unstable internet connection.

Even if the university intends to start classes in-person, if an outbreak occurs and the coursework is converted to 100% online, the international students would be forced to fly out of the country during a dangerous time for travel.

Tong said that the Trump administration “round-ups” of international students could start as soon as July 15 so the coalition of states is taking action now.

“We are running in to federal court tomorrow to protect them,” Tong said. “The state of Connecticut is there for them.”

At the injunction hearing Tuesday, Tong believes they will have a strong argument against the policy because of previous immigration cases.

“We feel very confident about our chances tomorrow,” Tong said. “If it doesn’t go our way, we will quickly regroup and bring states together and pursue our appellate rights or whatever action is necessary to protect this state and our colleges and our universities and our students.”