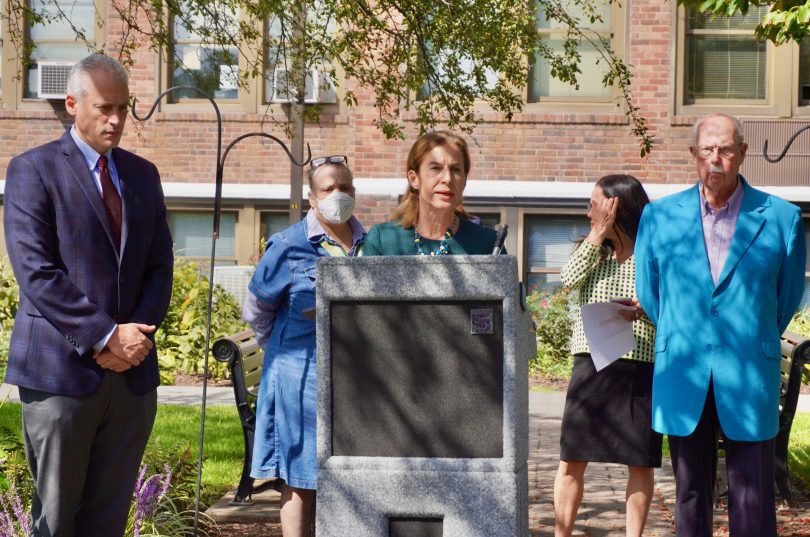 A law that makes it illegal for employers to require information which reveals age on an initial employment application becomes law in Connecticut on Oct. 1, 2021. 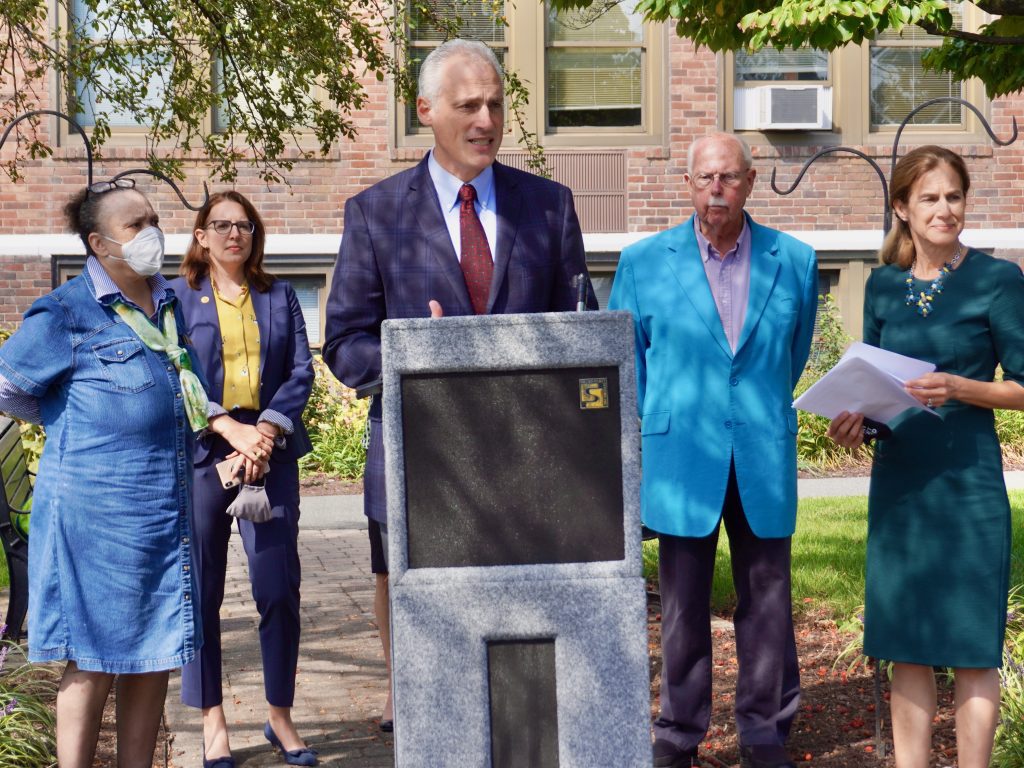 A law that was championed by the Lt. Gov. Susan Bysiewicz, who chairs the Governor’s Council on Women and Girls, as well as state Sen. Derek Slap (D-West Hartford), becomes law in Connecticut on Oct. 1 and was lauded Monday at a press conference at the Elmwood Community Center in West Hartford by those who have been fighting to overcome age discrimination.

The law makes it illegal for employers to require information on an initial application that would reveal an applicant’s age – not only the individual’s birth date, but also dates like when they attended or graduated from high school and years spent working at past jobs.

Public Act No. 21-69, An Act Deterring Age Discrimination in Employment, was passed by the state legislature last spring and signed into law by Gov. Ned Lamont. It has been a long time coming – in part due to the pandemic – and makes Connecticut a national leader, Slap said.

“Connecticut has the sixth oldest workforce in the country,” Slap said. And due to the pandemic a sizable percentage of older workers – which he defined as those over 40 – remain out of work.

“We want to make sure they are not vetted for jobs based on their age,” Slap said.

While it won’t end discrimination on its own, the law will have an impact in getting older workers through the first step.

Age discrimination starts earlier for women than for men, Slap said. “It disproportionately impacts people of color and it has a devastating impact financially for the rest of peoples’ careers.”

It’s important to ensure that employers know about the law, Slap said.

The new law will give older workers access to the same opportunities, Bysiewicz said, noting that 35% of the state’s workforce will be over 50 by next year.

“It is critical to all of us to support the implementation of this legislation,” she said, and organizations like the Connecticut Business and Industry Association (CBIA) and American Civil Liberties Union (ACLU) supported it, and understand the critical need for workers. The ACLU states that six of 10 workers over age 65 have seen or experienced age discrimination, and it’s even more apparent among women and people of color, she said. 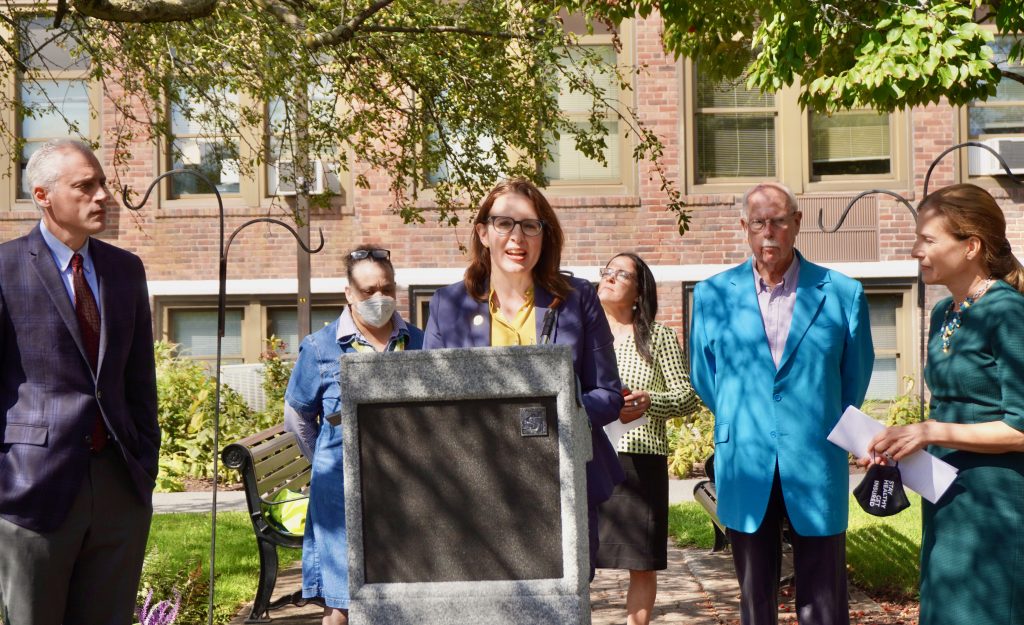 “What we know is not just having our legal system prepared to support folks who might face discrimination but that in the workplace we can be proactive – this is the exact type of legislation that can do that,” Farrar said. Employers and employees have to become educated about the new law.

For women in particular, she said, “This legislation ensures if they are headed back to work, requesting more hours, trying to change careers, that they are treated more fairly.” 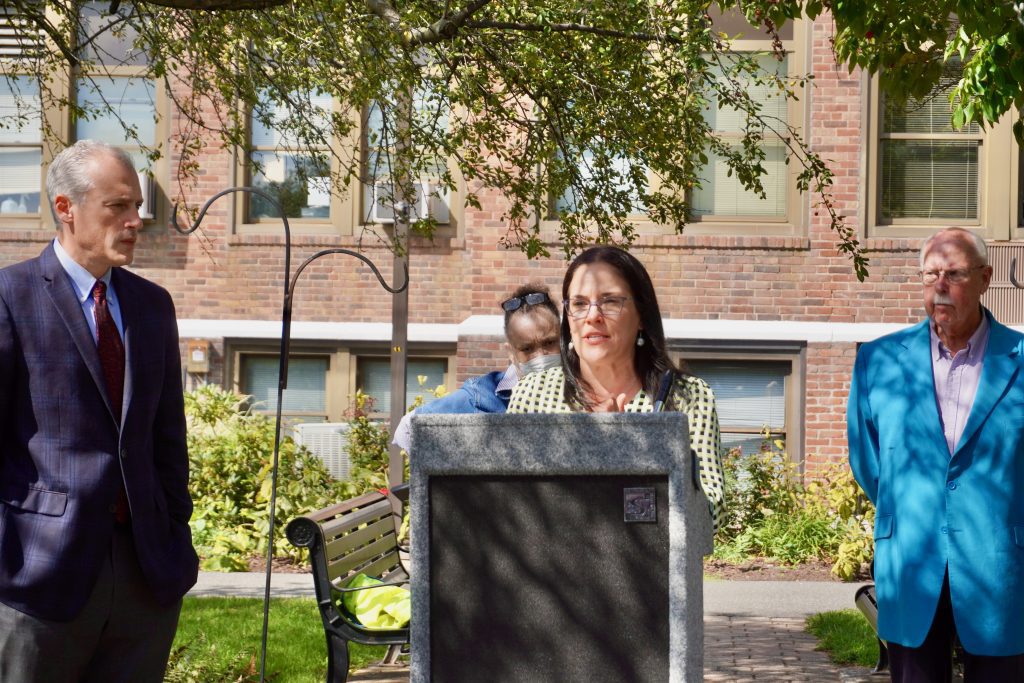 Nora Duncan, the state director of AARP Connecticut, said age discrimination continues to happen even though it’s been illegal for decades. “This law will help level the playing field so that when it’s not on purpose, we can take care of that. People will be judged on their skills, their experience.”

Duncan said during the pandemic the perception of age discrimination in the workplace has increased to the highest rates seen since 2003, with 78% of older workers reporting having seen or experienced it. Ninety-six percent of people said they think the government should do more to prevent it. 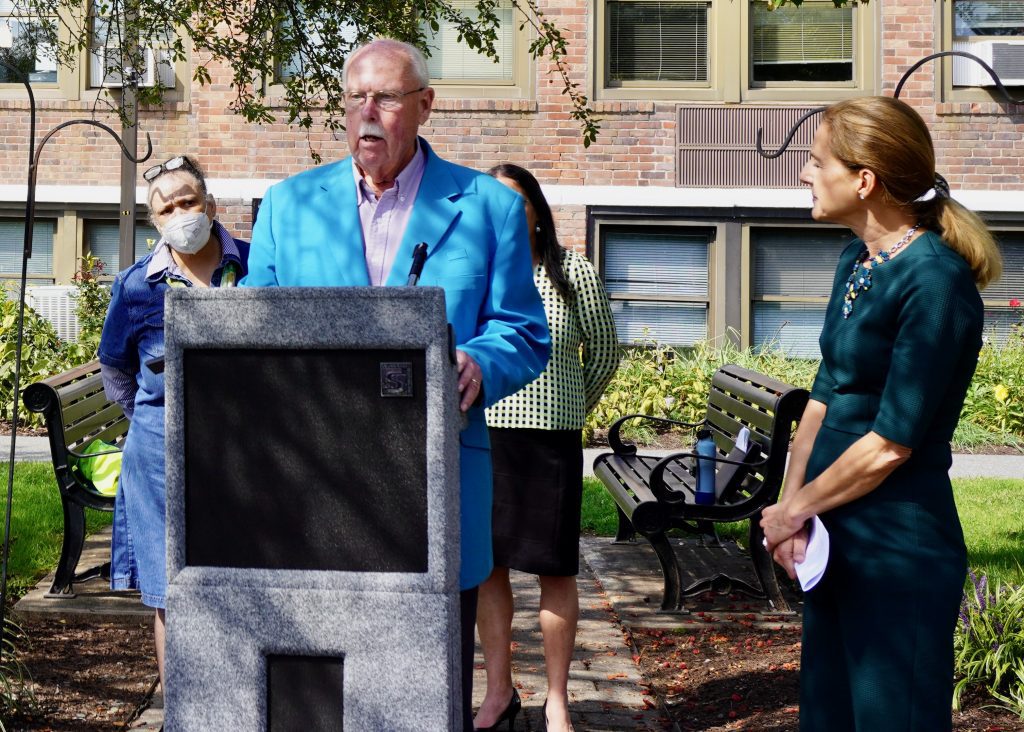 Bernie Weiss is president of the board of the Seniors Job Bank, which since 1974 has been supporting the mission of connecting people over 50 looking for work with businesses, nonprofit agencies, and households that need jobs done.

Lorraine James of Bloomfield has personally experienced age discrimination, as well as gender and racial discrimination. She’s been working with the Seniors Job Bank after losing a job when she missed time due to being sick and after an experience applying for a job in the hospitality industry.

The potential employer praised her experience, skills, attitude. “Then he looks and said, “Oh, when did graduate high school?’ And that was it,” she said.

“I want to thank you legislators for doing what you do,” James said. 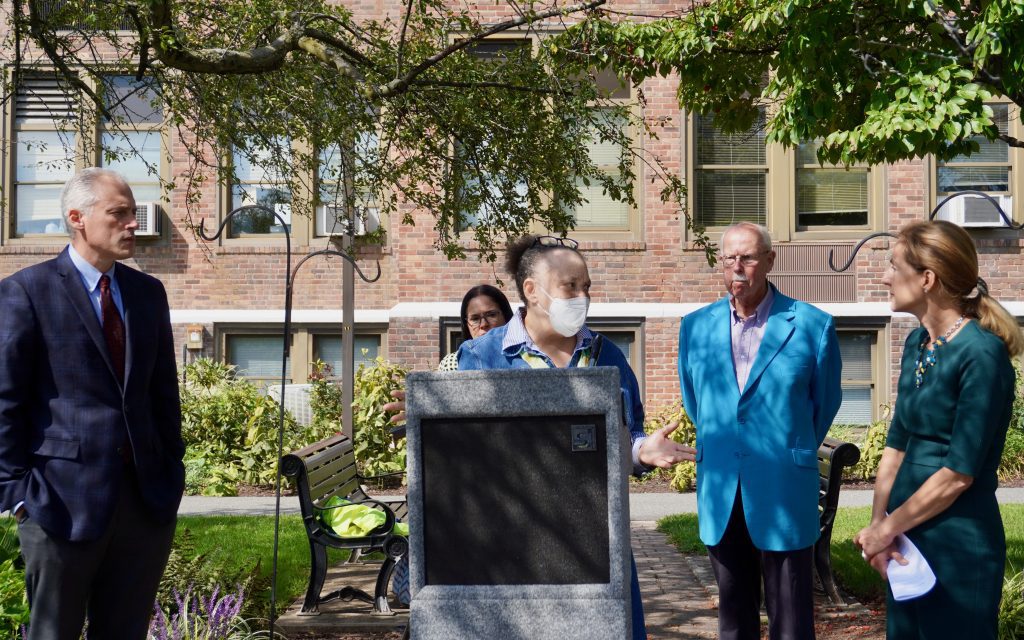 Slap noted that the Seniors Job Bank, which is located at West Hartford Town Hall but serves Greater Hartford, recently received a $20,000 grant to be spent over the next two years. While not much, “We’re going to get the bang for our buck,” he said.

“We continue to be in a ‘she-cession,'” Bysiewicz said, because more women than men lost their jobs during the pandemic, and needed to take care of other family members or their children’s education.

“Tell the truth in its most favorable way,” Weiss added.