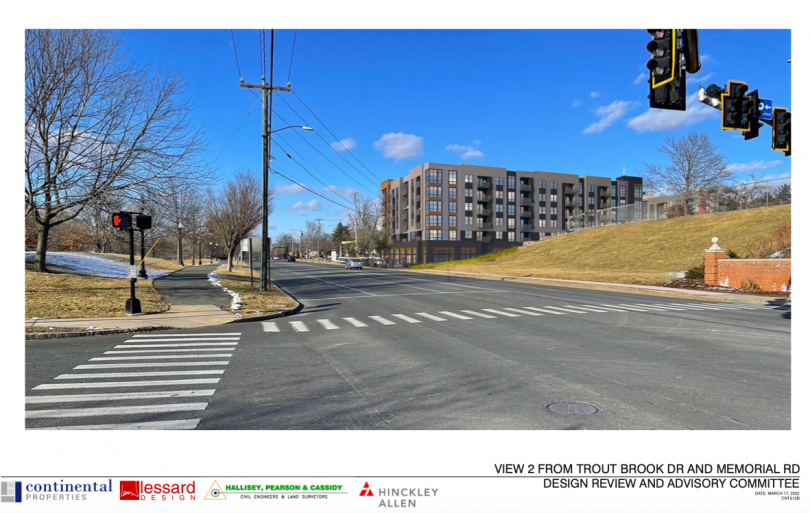 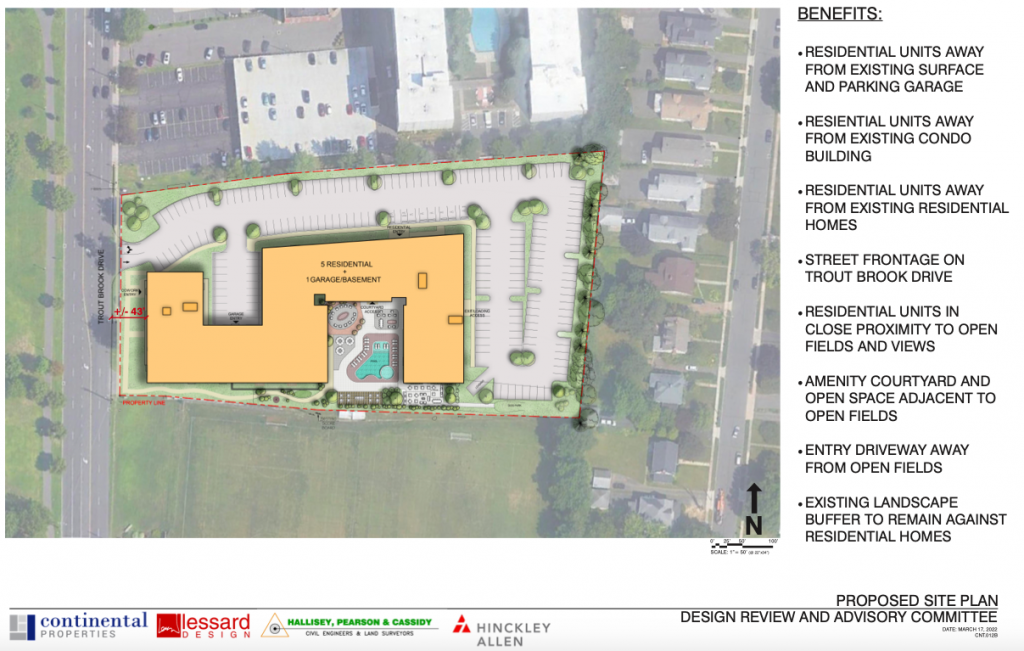 The agreement for Continental Properties to purchase the 3.4-acre parcel at 950 Trout Brook Drive in West Hartford from property owner Kingswood Oxford School was announced in late January, but while the buyer indicated at the time plans to develop a “modern luxury rental community” on the site, they did not provide additional details about their concept.

When the purchase was announced, Howard S. Rappaport, a principal of New York-based Continental Properties, said, “West Hartford is a wonderful community with a dynamic town center and we’re looking forward to working with the town to bring a beautiful new residential community within walkable distance of Blue Back’s and The Center’s stores, services and restaurants.”

Since then, Continental Properties has had two meetings with West Hartford’s Design Review Advisory Committee (DRAC) as they are determining the best options for developing the parcel. At the first meeting the focus was on the placement and orientation of the future buildings, and at a special meeting of DRAC on Thursday there was a review of preliminary concept plans.

“We’re early in the process, working with DRAC to determine the proper footprint and location of our building before we proceed with developing any formal plans to submit to the town,” Rappaport said Thursday. “We believe that orientating the building toward Trout Brook and away from our neighbors on Outlook is the desired option. The plans we shared with DRAC on Thursday are not final, but meant to provide a representation of this proposed desired placement of the building.” 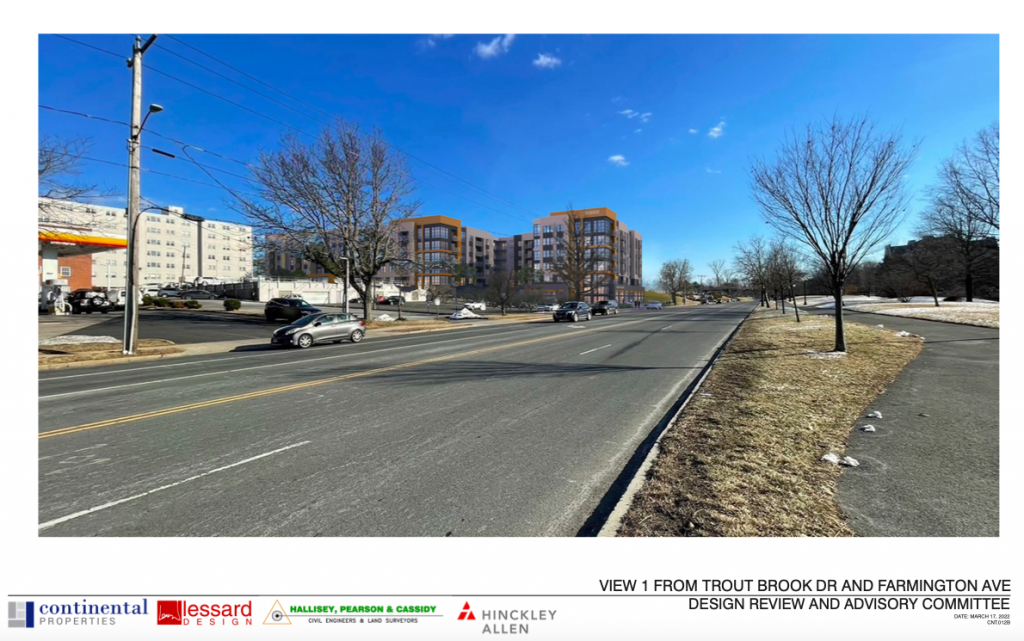 Town Planner Todd Dumais told We-Ha.com that he appreciates that Continental Properties has been working closely with DRAC from the beginning.

“They engaged early on with the Design Review Advisory Committee to get their overall input,” Dumais said, initially considering the building placement, site orientation, and massing.

While this is only the second meeting with DRAC, Dumais said thus far “it’s been a very professional discussion with their design team and development team.”

The plans shared Thursday noted that key considerations were given to the grading of the property, proximity to neighboring properties, and street frontage, and contemplated keeping units as far away from existing residential houses and condominiums as possible, an emphasis on providing views of the Kingswood Oxford athletic fields as well as Trout Brook Drive, and locating amenity space that includes a pool on the south side of the property, adjacent to the fields. Landscaping would buffer the parking area from residences on Outlook Avenue.

There has not been any indication of the planned number of units, but the preliminary renderings shared with DRAC indicate a five-story building with a garage/basement level and patio seating fronting Trout Brook Drive. 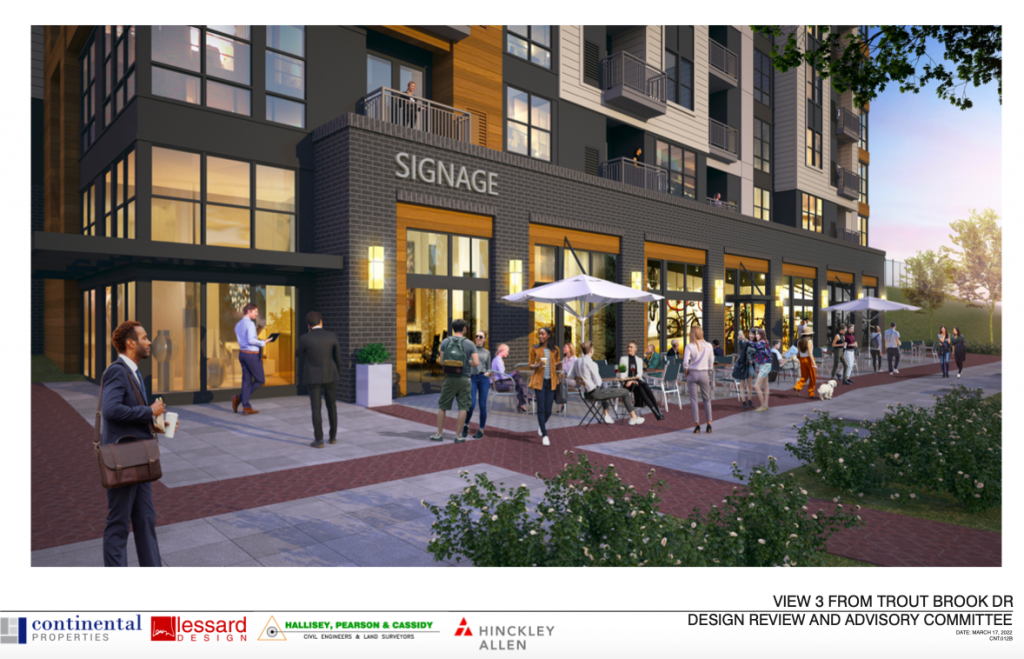 The property has been occupied by the Children’s Museum for more than 60 years, but was sold to Kingswood Oxford in 2003 and leased back to the museum. The museum has not yet finalized plans for its future location, and plans for the relocation of Conny, the iconic 62-foot-long and estimated 45,000-pound replica of a giant sperm whale, also remain undetermined. 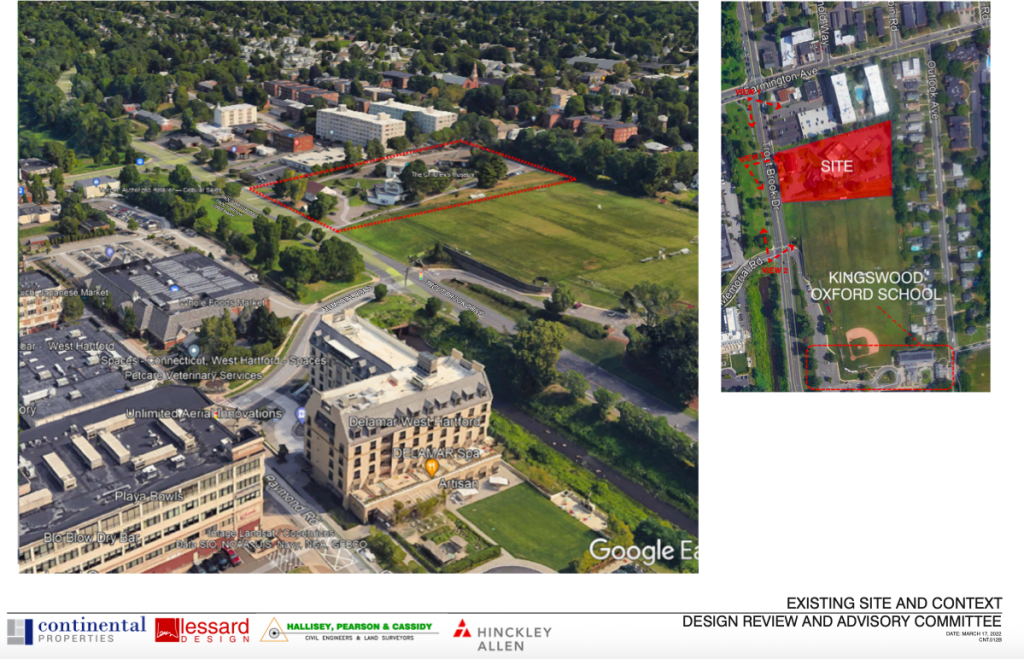