West Hartford apprehended a man driving an ice cream truck who gave a false name and turned out to be on release from a sex offender unit. 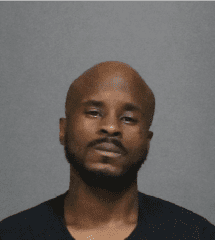 A man on supervised release from the Hartford Adult Sex Offender Unit was apprehended Wednesday in West Hartford driving an ice cream truck with a 13-year-old child as a passenger.

According to police, West Hartford detectives responded and at 5:08 p.m. located a truck in that area being driven by a man who matched the description of the wanted party. The operator of the truck told police his name was Andrew Evans – a name police said was associated with an active warrant from Hartford – and he was taken into custody by West Hartford Police.

“Evans” also had a 13-year-old passenger with him in the ice cream truck. Police said that the child claimed that his mother owned the truck. The mother was contacted and she responded to the scene and took custody of the truck and her son, police said.

When West Hartford Police transported “Evans” to headquarters and ran his fingerprints, they discovered that he had given a false name. The man was actually Tylon Jarrett, 36, of Hartford. According to West Hartford Police Sgt. Eric Rocheleau, Jarrett then said that “Evans” is his brother.

Rocheleau said that Jarrett is a convicted sex offender who is now on probation and is on supervised release from the Hartford Adult Sex Offender Unit. He was not supposed to be in contact with anyone under the age of 16.