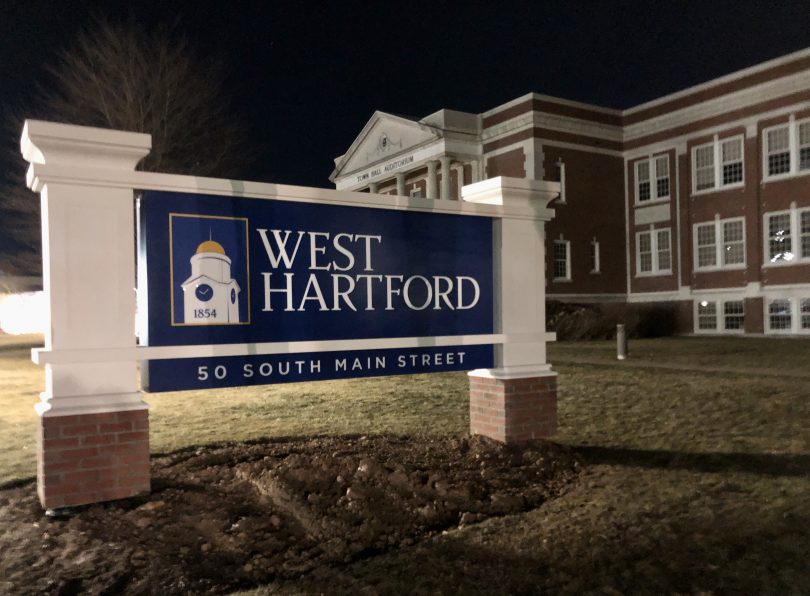 Tuesday’s Town Council meeting was brief with a focus largely on upcoming actions, including setting dates for public input on two issues bound to foster strong opinions, as well as approving the annual town budget.

The town council vote on the $317.9 million proposed town budget takes place on April 25. The spending plan at this point calls for a 3.06% increase in taxes. While one budget workshop remains on April 18, no further public hearings are scheduled.

A public hearing has been scheduled on the “Ordinance Regulating Adult-Use Cannabis” in West Hartford. The council will receive input from residents and taxpayers on May 24 at 6:30 p.m. One member of the public, who works in the medical marijuana field and is an applicant for a location in Connecticut, was invited to share his input at the May meeting,

The public hearing will address a proposed ordinance that has been developed over the past several months by the Community Planning and Economic Development (CPED) Committee and town staff. While it was originally believed that the town would be permitted up to three licenses for retailers and three for micro-cultivators – based on the restriction of one per 25,000 of population – staff has now confirmed that through June 30, 2024 the state will authorize just two of each type of license for West Hartford.

Acting Town Manager Rick Ledwith also reminded the council in his report that there will be a public meeting on April 28 at 6:30 p.m. in the Town Hall auditorium to discuss the West Hartford Road Diet trial. Ledwith said an evaluation of the trial would be revealed at the meeting.

In other roadway news, Ledwith also updated the council on the replacement of the Fern Street bridge. He told councilors the project is in it final design phase and the work is scheduled for late summer and fall of 2022. The Connecticut Department of Transportation recently reduced the load limit of the bridge down to 17 tons. “Within the next week or so a temporary traffic pattern will be set up to restrict traffic over the most deteriorated part of the bridge,” Ledwith said. Two-way traffic will be maintained over the bridge until the start of construction. 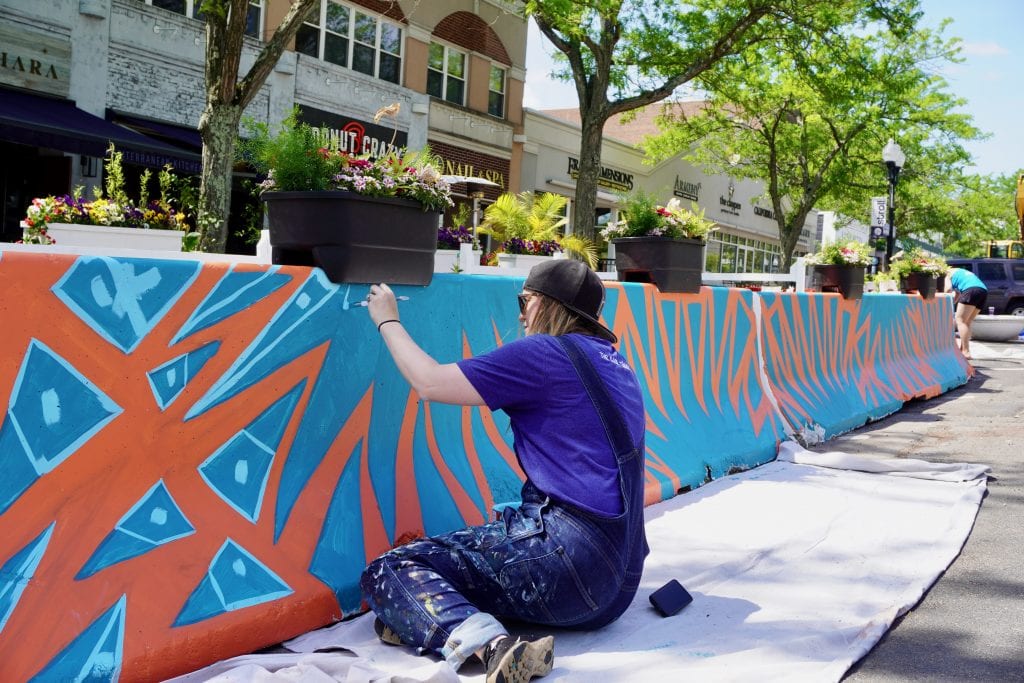 Creation of ArtBarrier Mural in front of Zohara and Donut Crazy on Farmington Avenue on May 23, 2021. Photo credit: Ronni Newton

In creative news, Ledwith also said at the council meeting that the town is once again partnering with the West Hartford Art League to bring “art to the streets.” Two dozen concrete barriers will be placed on LaSalle Road, Farmington Avenue, Memorial Road and Isham Road to expand the outdoor dining experience starting May 3 (weather permitting). Through the town website, artists will be invited to submit applications for their “linear murals” as Ledwith called them.

The public is invited to watch the artists decorate the concrete barriers on May 15 in Blue Back Square and May 22 on LaSalle Road and Farmington Avenue. Details should be available shortly on the town’s website.