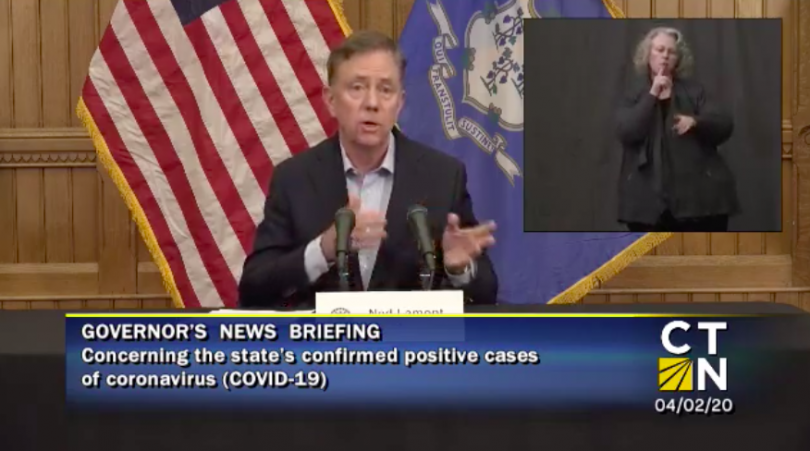 West Hartford’s total number of positive COVID-19 cases increased to 24 as of Thursday.

The death toll in Connecticut from COVID-19 exceeded 100 people for the first time Thursday, the governor said, with the state reporting a total of 3,824 confirmed cases and 827 hospitalizations. 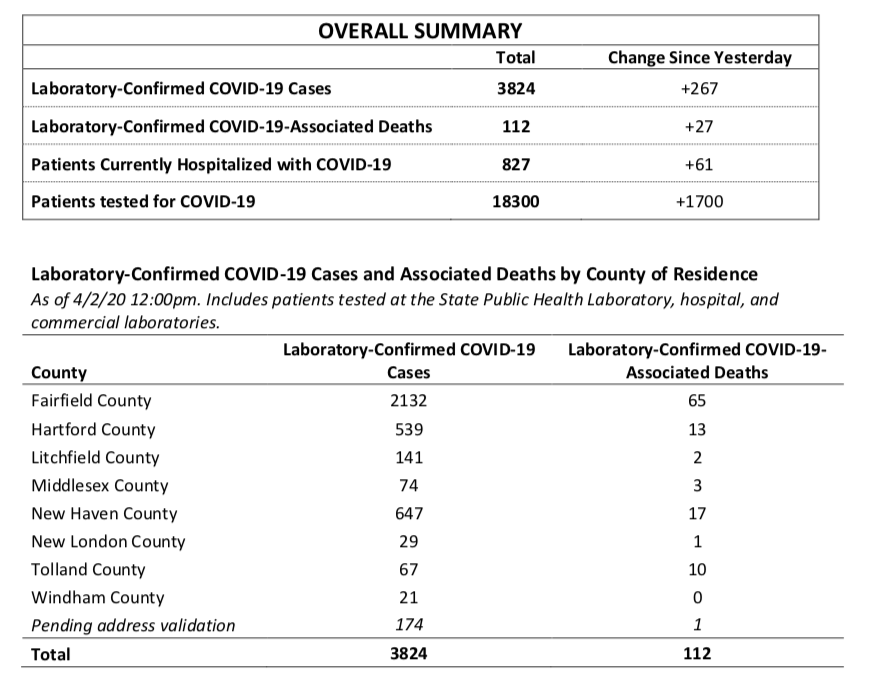 Although the governor pointed out that the rate of positive tests seems to be slowing down, he said the data is still too limited to draw any conclusions.

“This is just two or three days of numbers, you can’t jump to anything,” Lamont said.

West Hartford had its first death due to COVID-19 on Wednesday. The only available information regarding the death was that the individual was between the ages of 50-60, and Krauss was unable to provide any additional information Thursday. She said she had not been notified of any additional West Hartford deaths associated with COVID-19.

“Connecticut will continue to see increased illness of COVID-19,” Krauss said. “With warmer weather approaching Connecticut, the Health District is reminding families and residents to physically distance themselves when outside and to stay at home if sick,” she added.

The state expects the peak of COVID-19 cases to hit in mid-April. 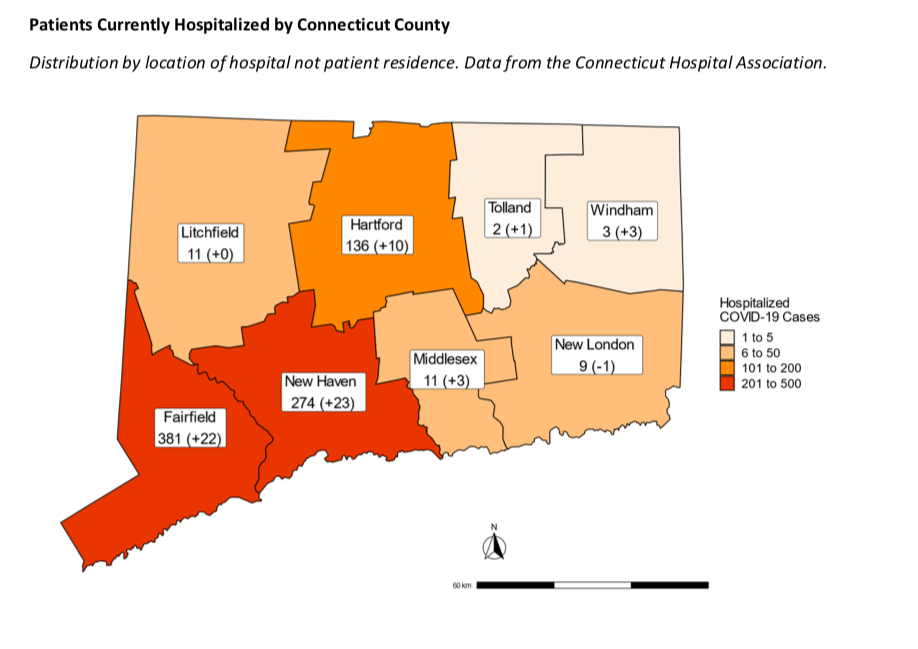 Lamont also described the toll the coronavirus is taking on the state’s economy – saying the Department of Labor has fielded 40,000 more unemployment claims over the last 18 days than it did for all of last year. And, before COVID-19 hit Connecticut, Lamont said the state was expecting a revenue shortfall of $60 million for the fiscal year ending on June 30.

It’s now estimated that the shortfall will be about $500 million.

“Almost all of that … is related to income tax and sales tax revenue going down,” Lamont said.

Lamont said he expected to sign an additional executive order Thursday that would restrict hotel and short-term rentals to workers the state has deemed “essential,” such as healthcare workers, law enforcement, and other first responders.

“Not leisure travel. Not vacationers,” Lamont said. “[We’re] trying to make sure that is not just prioritized — but exclusively for essential workers.”

Meanwhile, Lamont said the state government’s share of the recently-passed $2 trillion federal relief package is estimated to be $1.45 billion. But he said he doesn’t expect to get that money before April 27.

Retail stores around Connecticut will be required to limit the number of customers allowed inside stores effective Friday. The new rules, part of Gov. Ned Lamont’s 20th executive order since he declared public health and civil preparedness emergencies less than a month ago, will apply to all retailers in Connecticut, not just grocery stores.

The rules are similar to an earlier agreement worked out by Connecticut grocers this week. Store occupancy will be capped at 50% of its local fire code capacity and staff will maintain a count of the number of customers entering and exiting the building.

On Thursday afternoon, a spokesperson for the governor said local and state police “have the authority to respond” if the rules are ignored. Speaking to reporters Wednesday, Lamont said he didn’t think that would be the case.

“People are taking this thing seriously,” Lamont said. “We’ve had the municipal police, we’ve had the state police – we’ve gone and we checked. We looked at places where there are apparently going to be crowds. We worried about that. And we found that, in almost all cases, people are taking these social dictates pretty seriously. And, frankly, the customers are taking it seriously, as well.”

As a result of the executive order, retailers will also be making some changes inside the store.

The Department of Economic and Community Development published its “Safe Store” rules Wednesday night, which describe the following changes: clearly marked six-foot demarcations in high-traffic areas and one-way asiles “where practicable” to maximize the distance between customers.

Stores are also advised to install plexiglass shields to separate employees from customers at checkout lines.

Wayne Pesce, president of the Connecticut Food Association, which represents grocers across the state, said earlier this week that the measures would be temporary. But he did say that some best practices may last beyond the pandemic.

“Like the plexiglass shields,” Pesce said, “if that’s something that we’ve installed and they make sense to keep up, we will. But all of this stuff is going to recede and go back to what it was prior to this.”

The agency is also advising retailers to allow “touchless” credit card transactions, to minimize the number of customers using common touch pads or pens to sign for a purchase – a concern recently raised to Connecticut Public Radio by a Torrington pharmacist.

The order effectively means no insurer in Connecticut may terminate coverage if a qualified policyholder fails to make payments during this time.

“We’re in a health care crisis,” Lamont said Wednesday. “No one’s losing their health insurance because of this.”

Lamont’s office said the order applies to “life, health, auto property, casualty, and other types” of insurance. The grace period is not a waiver or forgiveness of payment and it is not automatic.

To be eligible, affected policyholders must provide additional information acceptable to their insurance carriers, which demonstrates a loss in revenue due to the COVID-19 pandemic.

Other components of the executive order Lamont issued Wednesday would: