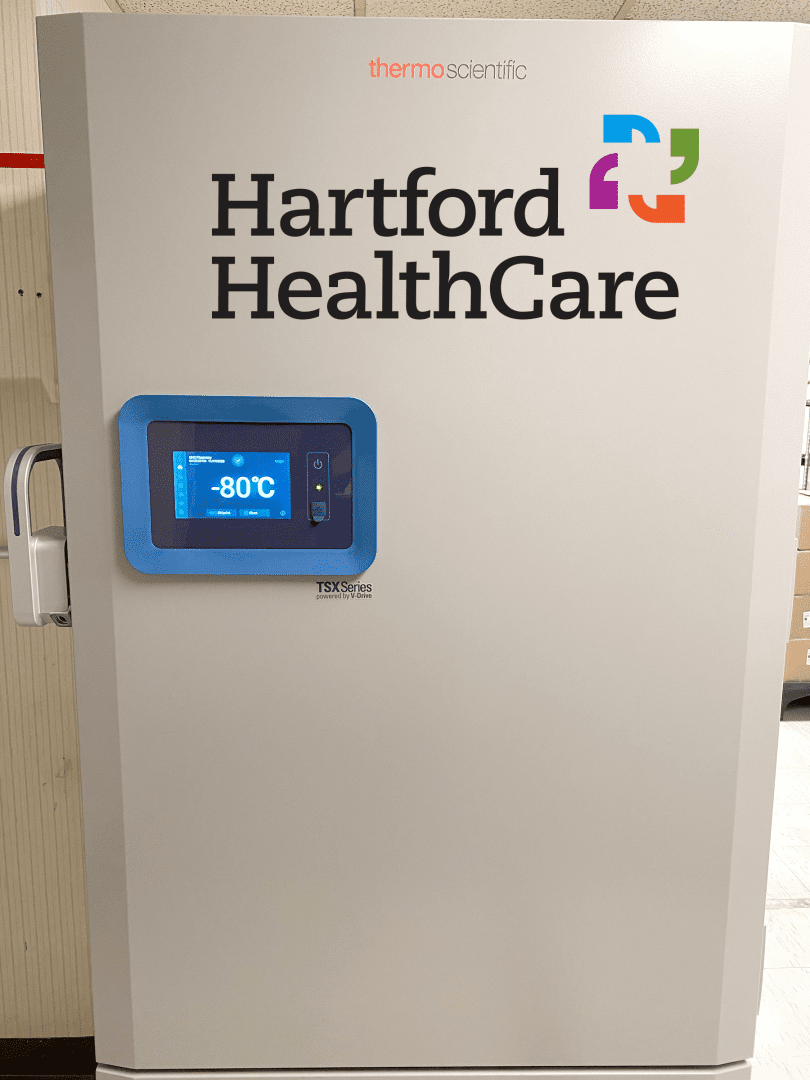 Data reported by the state on Thursday indicated 36 new COVID-19 cases in West Hartford, for a total of 2,094.

Lamont’s televised briefing from the state Capitol came just before an advisory panel to the U.S. Food and Drug Administration voted 17 to 4 to recommend that the FDA approve the emergency use of Pfizer’s COVID-19 vaccine for people 16 years of age or older. The vaccine can be administered as soon as the FDA signs off on the emergency use recommendation.

Over the next three to five days, Pfizer will begin shipping the vaccine to Connecticut hospitals where it will be allocated, prioritizing the highest risk employees first, Lamont said.

“The highest risk are those that are most likely to be dealing with folks with COVID, making sure that those nurses and docs can stay in the game,” he added.

Although the first doses will be limited and the vaccine requires two doses spaced several weeks apart to be effective, Lamont said the early inoculations are an important first step and may begin to improve the state’s COVID situation within a month.

“We could see lower infection rates. That means more folks at the hospital are able to take care of you and less people in the hospital because some of the elderly folks with the vaccine are less likely to get infected,” he said.

If all goes according to plan, state officials expect to begin a second phase of vaccinations in mid-January for a wider range of residents including people in congregate settings like prisons and group homes as well as critical workers who must interact with the public on a daily basis.

During the briefing, Lamont said another 42 residents had died as a result of the virus since Wednesday. The state also added another 2,431 cases for a positivity rate of 6.63%. Meanwhile, the number of people hospitalized due to the virus declined by 48 to 1,214 statewide. 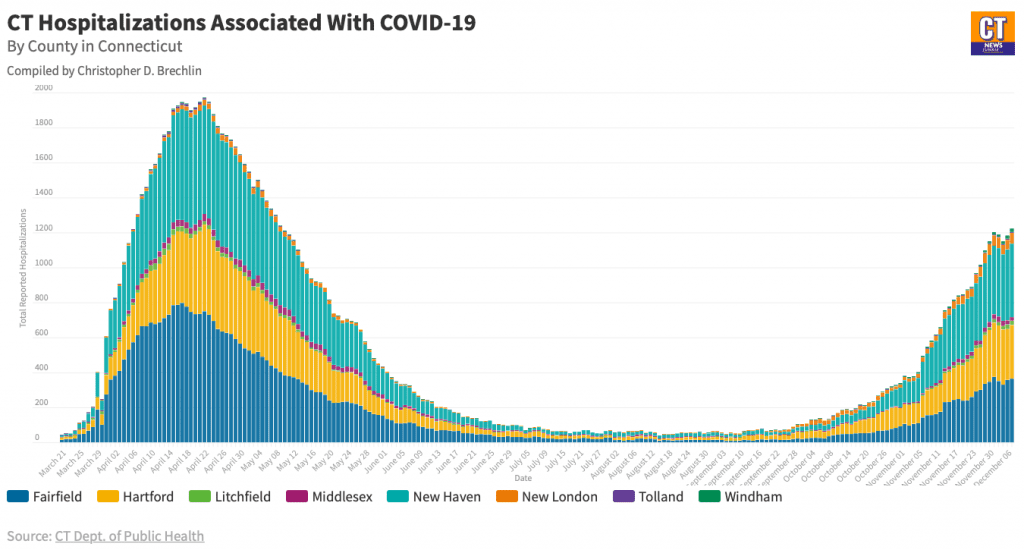