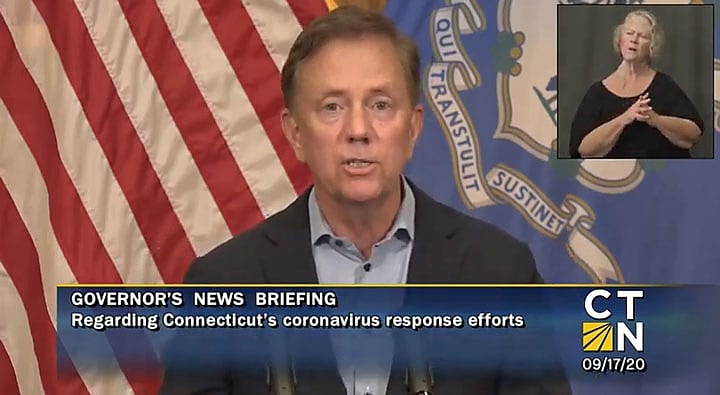 West Hartford’s Halloween Stroll, sponsored by the Moms and More Club, has been canceled for 2020, but town leaders have not made any announcements regarding Halloween. 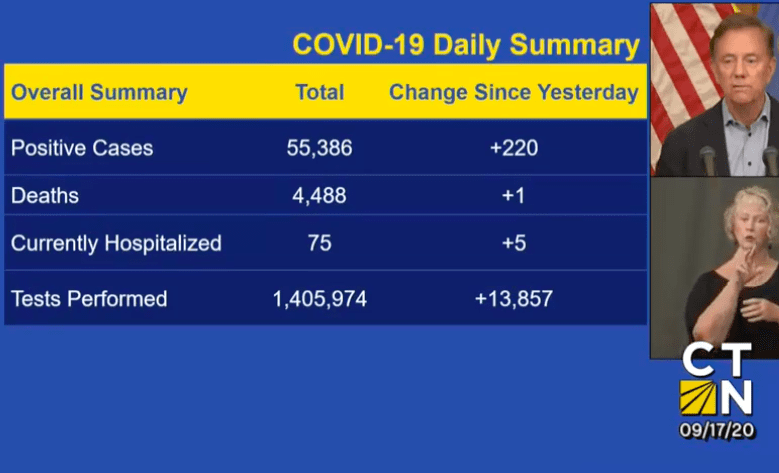 Connecticut’s positive test rate for coronavirus has jumped to 1.6% and hospitalizations have increased to 75 according to data reported Thursday, which is the highest they’ve been since July, according to Gov. Ned Lamont.

“That’s still one of the lowest in the country, but that is a trend,” Lamont said.

This is the first full week of positivity at or above 1% the state has seen in months. A total of 220 people tested positive since Wednesday bringing the total number of positive cases up to 55,396.

Despite the increase in cases, Lamont said he’s looking forward to Halloween.

“I anticipate we’re going to have a Halloween season,” Lamont said Thursday. “It’s a time of the year when people automatically wear masks, they often wear gloves, so it seems like you’re 90% of the way towards a safe way to do Halloween just by definition.”

In Springfield, MA, Mayor Domenic J. Sarno announced on Sept. 11 that door-to-door trick-or-treating will not be allowed this year. However, “COVID-19 safe events, such as drive by, drive-through, drive-in, and/or car parade events may take place as long as proper public health and safety protocols and guidelines are followed and adhered to,” a press release from the city says.

“I guess we have to issue some sort of guidance on that,” Lamont said. “But tell your five-year-old I’m really hopeful she’ll be able to get her candy.”

In the meantime, teachers’ unions have called for an increase in testing at schools.

The Lamont administration doesn’t believe the recent uptick in cases is necessarily related to schools reopening.

Josh Geballe, Lamont’s chief operating officer, said that of the 600,000 Connecticut students and teachers, only 48 students and 27 staff members have tested positive for COVID-19.

“As a percentage of the population it’s considerably lower than the rest of the state of Connecticut, “ Geballe said.

He said they are looking to create a website specifically for the school-based data.

Geballe said the schools districts are being very transparent and communicating with their school communities.

“I think we’re seeing many school districts put up their own websites,” Geballe said.