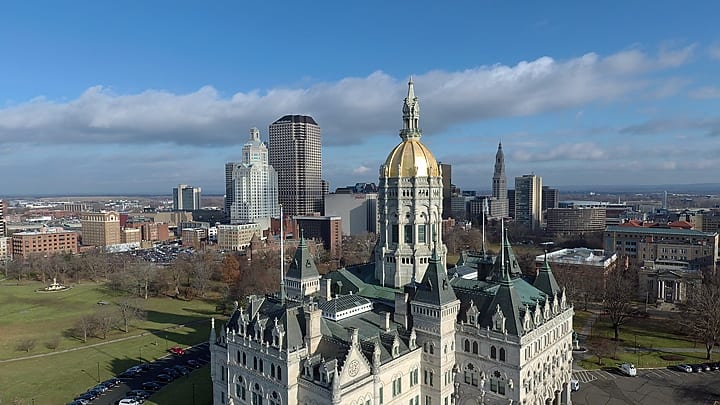 Among the final acts of the recent session, Connecticut’s House and Senate passed a $24 billion budget before the session ended, which Gov. Ned Lamont is expected to sign.

The legislative session was required to end when the clock struck midnight on Wednesday, and in the past several days the Senate and House passed several key bills, among them the $24 billion modification of the FY2023 budget.

“I’m proud to vote for this budget, as its support for our communities will have a positive impact on local education and recreation,” said state Sen. Derek Slap (D-West Hartford) in an email following the passage. “I am also glad to support significant tax cuts for our residents, especially expansions of the Earned Income Tax Credit and the new Child Tax Credit, which will financially support families across our state.”

Slap noted among the benefits for West Hartford residents are a cap in the automobile tax rate at 32.46 mills, a reduction of 8.22 mills from the uniform mill rate of 40.68 adopted by the Town Council on April 25. The overall savings to residents will be $4.6 million, with the town’s revenue shortfall covered by a grant from the state.

State Rep. Kate Farrar, who represents West Hartford’s 20th District, lauded the inclusion in the budget of $2 million to address access to menstrual products in Connecticut public school restrooms, on college campuses, and in shelters.

“I would like to thank members of the Appropriations Committee for supporting this proposal to remove one of the barriers impacting access to these products for our students and those in our shelters and for taking another step to advancing menstrual equity in Connecticut,” Farrar said. “No one should have to choose between food, housing, their education, and access to menstrual products, but menstruators across our state, country, and even globally, make that decision nearly every month.”

Christine Stuart and Hugh McQuaid of CTNewsJunkie.com provided analysis of the winners and losers – proposals that cleared both chambers of the legislature before the end of the short session, as well as those that didn’t make the cut.