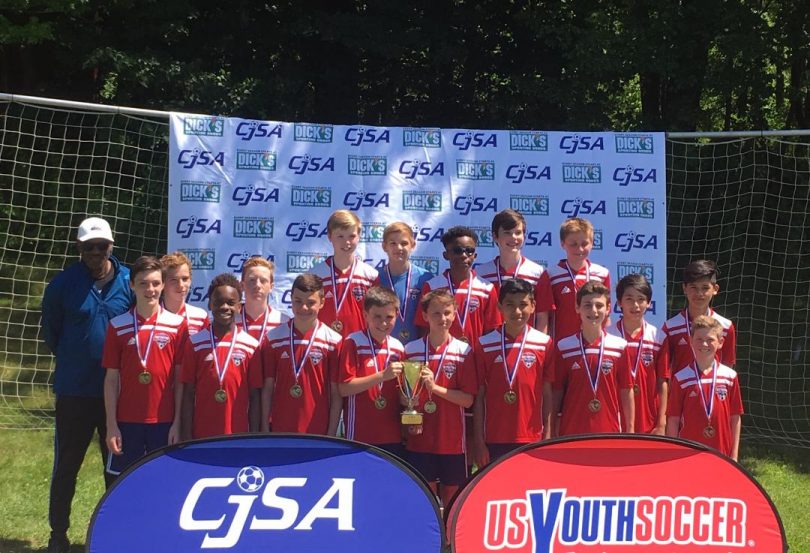 West Hartford Travel Soccer continued its dominance last Saturday, as three of its teams, the U12A Boys, U13A Boys, and U13A Girls, hoisted the Connecticut Cup Trophy. The Connecticut Cup is a single elimination tournament designed to crown the strongest team in the state as its champion, and, once again, West Hartford’s teams were the cream of the crop.

The U12A Boys required just one goal to edge past RHAM (Hebron, Andover, Marlborough) in a cup final that rewarded the team’s defensive strength. The U13A Boys and U13A Girls had an easier go of it, with the former dispelling Norwalk by a score of 7-0 and the latter cruising past Wethersfield by a score of 5-2. 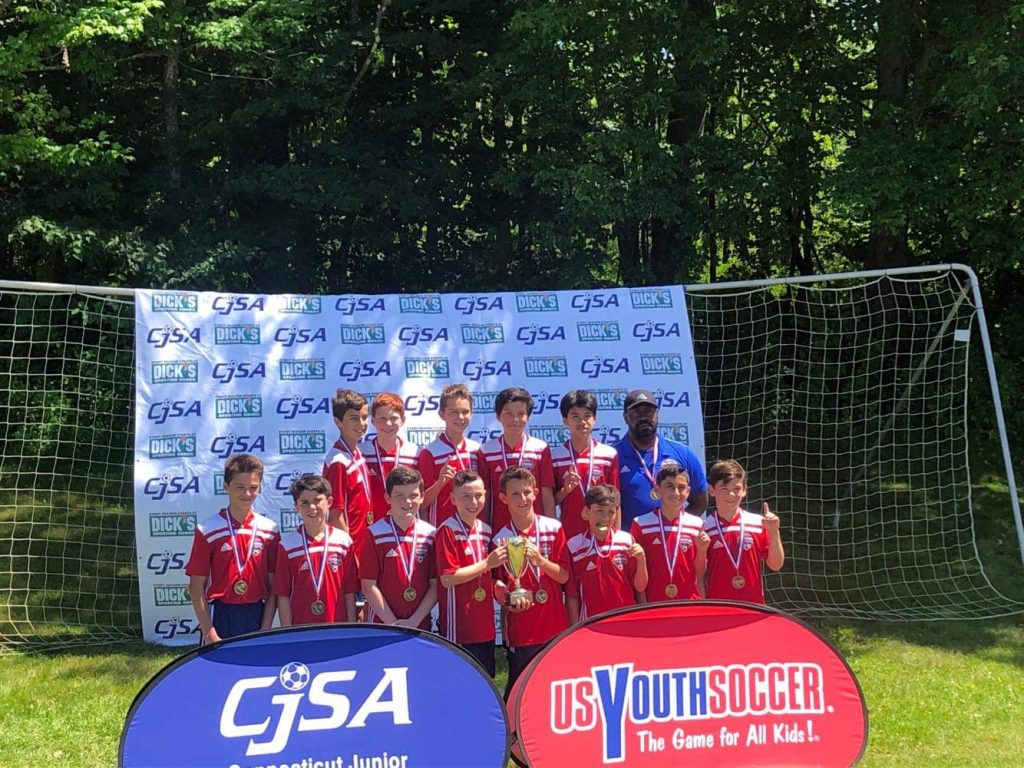 A fourth team, the U11A Boys, came within a goal of a title of their own. Shelton topped West Hartford 2-1, but the U11A team put forth a valiant effort despite missing three key players to injury.

This would be a banner year for every travel program, but success of this nature is not atypical for West Hartford, who have a long history of dominating the Connecticut Cup, especially amongst the younger age groups, where the competition is more fierce. This year’s performance only reaffirms the strength of the travel program, which is now paying dividends even at the high school level.

John Monnes, Director of West Hartford Youth Soccer’s travel division, praised coaching as one of the reasons West Hartford’s teams have been so successful.

“Kids are having a lot of fun, and enjoying playing for the coach, and playing for each other, so they stick around,” said Monnes.

“If you have some talented kids, and they’re enjoying it, you can have some success,” Monnes added.

Monnes continued by detailing how coaches like Phillip and Granger keep kids engaged and excited about travel soccer. Those who aren’t so engaged often leave West Hartford’s program to play for a premier team full time, making good coaching and positive reinforcement that much more important for West Hartford travel soccer.

“They know how to get the most out of kids,” remarked Monnes on his veteran coaches.

Of course, the coaches themselves are quick to give credit to West Hartford’s many talented soccer players. Phillip spoke in glowing terms not only about his players talent, but also of their character and teamwork.

Phillip attributed a lot of the travel program’s success to the rising interest in soccer throughout West Hartford. Over the past 25 years, he’s seen soccer grow from a niche sport to a sport that, at the youth level, rivals baseball, football, and basketball in terms of participation.

The combination of increasing participation in youth soccer and excellent development from coaches like Phillip and Granger has paid off in spades for West Hartford’s two high schools, Conard and Hall. Both have experienced significant success recently, with Hall reaching a state final this year, and Conard producing two Division 1 soccer commits last season.

Phillip, who also serves as the head coach for Northwest Catholic’s soccer team, said that “travel has a big impact,” at the High School level, and noted that when playing Hall or Conard, he’d sometimes see nine or 10 players he coached through the travel program.

Monnes agreed, noting that Hall’s state finalist team this year had eight or nine kids who won multiple Connecticut Cups at the travel level. Like Phillip, he also attributed much of the success to the increasing levels of participation and excitement surrounding soccer in West Hartford.

With the 2019 spring season now at an end, West Hartford’s travel soccer program has never been stronger, highlighted by the success of the teams that reached and won the Connecticut Cup for their age group. And, as more players continue to get involved with the program, it’s hard to see that momentum coming to a halt any time soon.