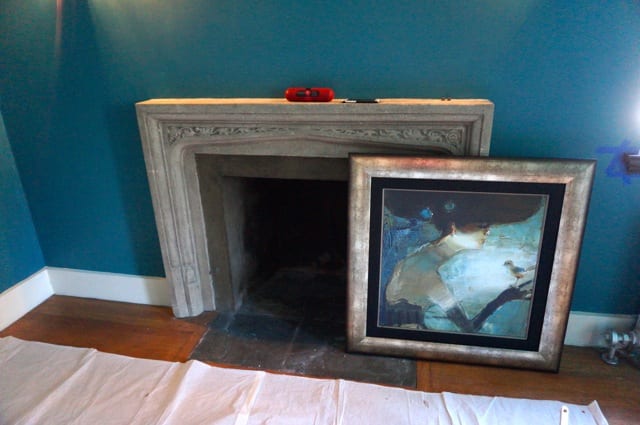 This painting became the inspiration for the "office" space the Nilsen Design is creating in the 2015 Junior League Show House. Photo credit: Ronni Newton

The Orchard Road home in West Hartford is a work in progress, but everything must be completed by 5 p.m. on April 20. 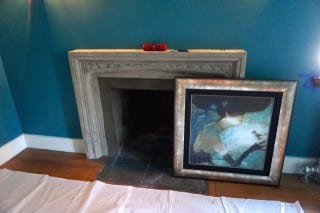 This painting became the inspiration for the “office” space the Nilsen Design is creating in the 2015 Junior League Show House. Photo credit: Ronni Newton

Even before any changes were made, the stately Tudor home at 64 Orchard Road in West Hartford chosen by the Junior League of Hartford for the 2015 Decorator Show House had good “bare bones,” thanks to high quality construction and unique architectural elements.

The bare bones of the 7,200 square foot home on 5.3 park-like acres, however, are in the progress of becoming transformed by the area’s most talented interior designers, decorators, and landscape architects who are eager to show off their best work for the Junior League of Hartford’s major triennial fundraiser.

It’s a rewarding experience, and a great opportunity to showcase creativity, but completing that transformation in just a few short weeks is no easy feat, said Laurie Nilsen, owner of West Hartford-based Nilsen Design. 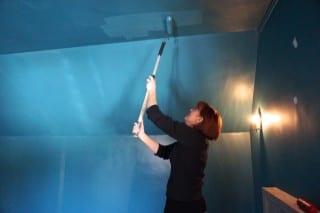 Nilsen and her co-worker Diana Reimer were hard at work Tuesday transforming a third-floor bedroom into a “Dream Office.” Although the designers were allowed to begin work on March 9, Nilsen had to wait until the floors were buffed and waxed before she could start painting and deocorating her space.

As a small company, she also has to find time for other paying jobs. “I don’t know if anyone realizes that this is all out of pocket for us,” she said. Nilsen said it takes a lot of advance work just to submit proposals – which need to include sketches of the room, color schemes, and images of furnishings on storyboards.

Each designer is permitted to submit up to three designs – a first, second, and third choice – for spaces they would like to be assigned. A committee from the Junior League picks the designs without knowing which designers are making the submissions.

Nilsen said that the “Dream Office” was her first choice and she is really excited about the room at the top of the main stairway to the third floor. 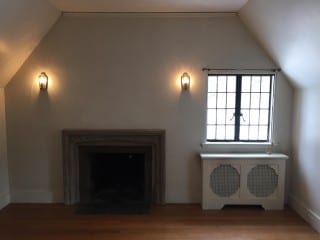 ‘Before’ view of the fireplace and white walls in Nilsen’s Design’s future ‘Dream Office.’ Courtesy photo

“We really designed the entire room around a painting we liked,” Nilsen said, showing off a striking oil painting of a woman holding a bird. She and Reimer are painting the room “North Sea Green” – a dark teal Benjamin Moore shade that has an immediate “wow” effect.

The room’s other focal points are the cement fireplace and the casement windows. Nilsen said she’s leaving the fireplace as is because the walls really make it “pop” and it accents the painting’s crackly frame.

The room’s trim, including around the leaded glass casement windows, is being painted black. “This way you don’t see the trim, you just see out the window,” Reimer said.

Once the painting is complete, including some faux painting on the ceiling, the room’s design will really take shape. Nilsen said they had to plan in advance to either purchase or borrow furnishings that would be available at the right time. 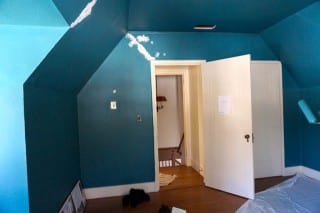 Stanley Peck from Old Lights On is lending them sconces which will be installed soon. Soft Surroundings in Evergreen Walk is lending a dresser, chair, rug, and other accessories. “Not all companies will allow that,” Nilsen said.

“Everything – except the walls –  is ivory and black, with a few pops of orange,” Nilsen said.

The show house is available for the designers to work on Monday through Thursday, from 9 a.m. through 5 p.m., and some Sundays. At the stroke of 5 p.m. on April 20, all work needs to be complete.

Much of what the designers showcase in the house is available for sale, but whatever is left needs to be removed after the event is over. Nilsen said she doesn’t know yet if she will have to repaint her space in a neutral color. 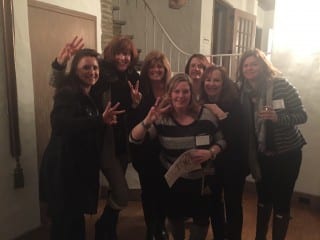 The whole process requires a lot of time and hard work, but Nilsen said it’s so much fun, too. There’s a great camaraderie among the designers as they have just a few short weeks to create masterpieces that can have a huge impact on their future business.

“It’s a bunch of crazy artists hanging out here,” Nilsen said, as everyone greets each other and checks out the progress.

Beginning April 25, through May 17, the Show House will be open for public tours. Tickets will be sold in advance until April 24, 2015 through the Junior League of Hartford website: www.JLHartford.org for $25 and at the door for $35. Funds raised will support the programs and projects of the Junior League of Hartford, whose current impact area is Empowering Women and Girls to Overcome Obstacles.