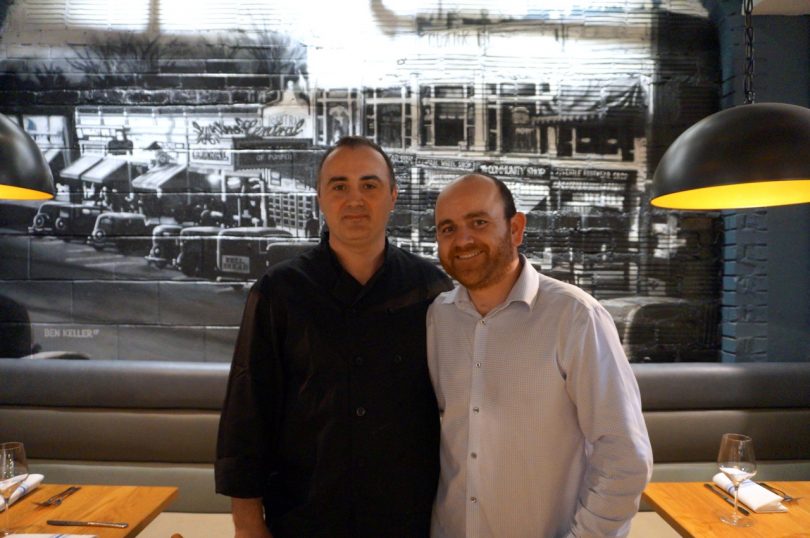 Nods to tradition and history offset by distinctly modern elements highlight both the food and decor of Division West Bistro and Bar, the West Hartford restaurant that officially opens Sept. 14. 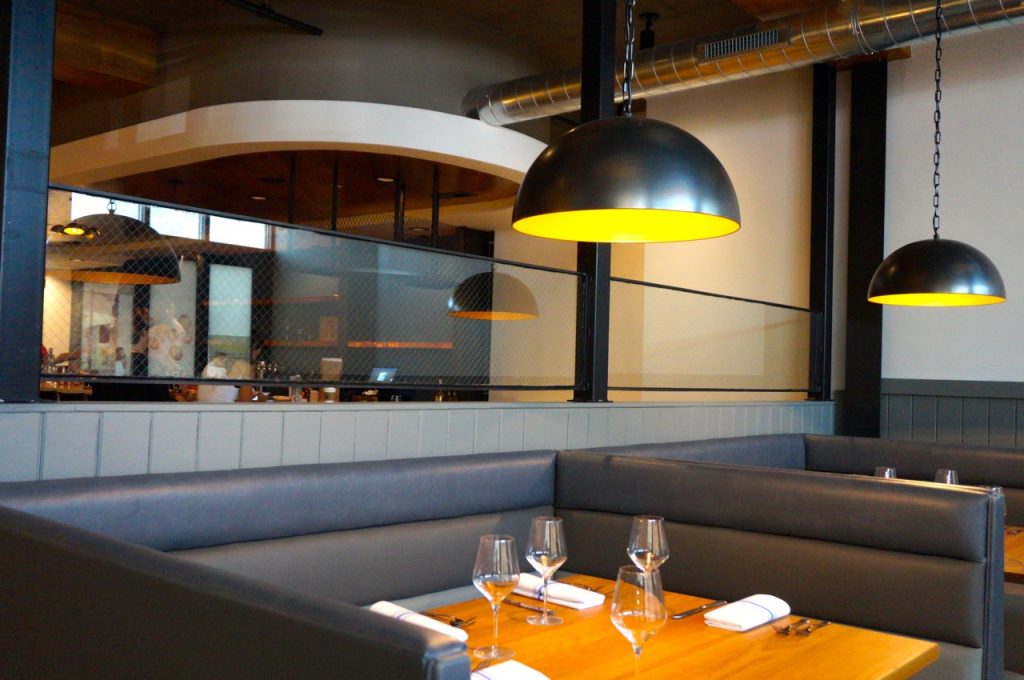 The menu at West Hartford’s Division West Bistro and Bar is described by the restaurant’s owners as “new American cuisine” – a fusion of classic and traditional blended with European and Asian flavors that have become an integral part America’s melting pot culture.

“What’s now ‘American’ has been combined with many different cuisines,” said Ermal Caushi, who co-owns the West Hartford Center restaurant with his brother-in-law Jimi Brahimi.

“Everything is homemade,” Caushi said of the menu. “The pasta, three different kinds of breads, the desserts prepared by our pastry chef.” As many of the ingredients as possible are being sourced directly from local farms.

Brahimi, who spent 17 years with the Max Restaurant Group, is the executive chef, and other family members also have key roles.

Caushi, who brings to the partnership years of experience in restaurant management most recently at Peppercorns in Farmington, said that his mother, who had been working at her sister’s restaurant, Trinity Restaurant in Hartford, will be cooking at Division West. A cousin, who has 20 years experience working with Vito’s, will also join the family operation.

Diners at the restaurant will find a dinner menu introduced by “share plates,” highlighted with familiar favorites like New England clam chowder and fried calimari, but there’s also a mouth-watering butternut squash ravioli topped with sage brown butter and toasted almonds that looks hearty enough to be an entree on its own. Caushi said the ravioli is one his personal menu favorites. 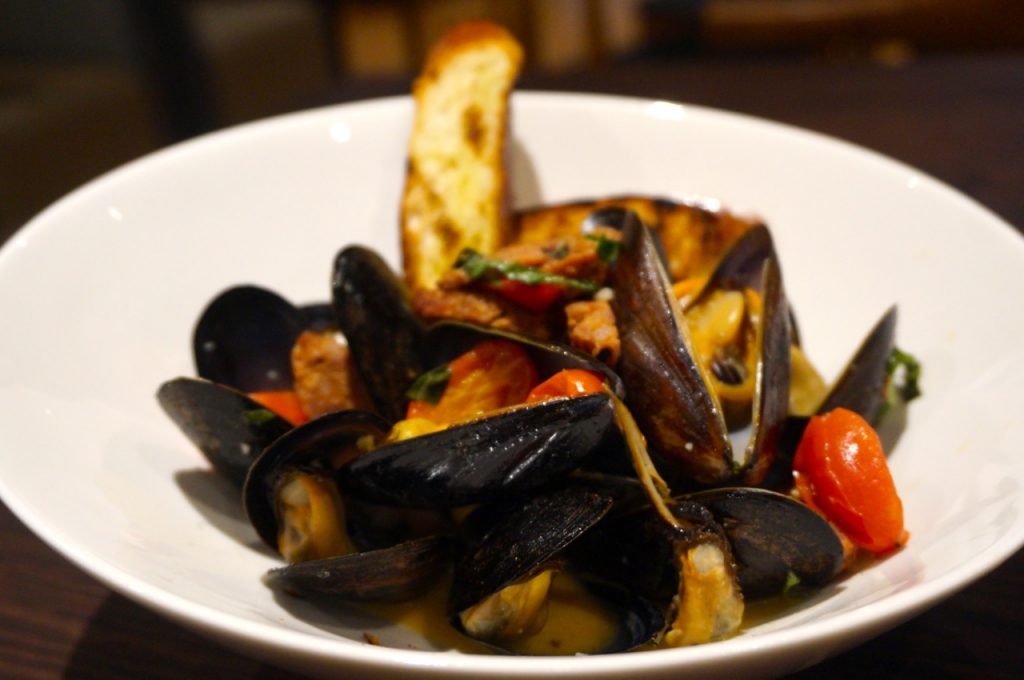 The steamed mussels are perched on a bed of tomato, roasted garlic, and chorizo, seasoned in a white wine sauce, and accented by crostini. Share plates also include pork belly in a black bean pure with radishes and pea tendrils, sesame crusted tuna, grilled octopus, and flatbread topped with prosciutto, arugula, garlic cream, ricotta, and aged balsamic.

An array of salads include a traditional house and Caesar as well as an heirloom tomato salad with fresh ricotta, a spinach salad that features grilled onions and candied pecans, and a kale salad with gala apple, kohlrabi, and goat cheddar dressed with Meyer lemon vinaigrette.

Dinner entrees feature a classic burger with a variety of toppings, roasted chicken, and for meat lovers there is a choice of filet and NY strip steaks as well as the “chop house of the day.”

The lobster mac and cheese is topped with Gruyere béchamel and panko .

The pasta selections include Caushi’s favorite – ricotta gnocchi with shrimp, broccoli rabe, and pancetta with garlic, olive oil, and crushed red pepper. A squid ink guitara, lobster ravioli, and short rib tortellini, along with a pork ragu pappardelle, round out the pasta offerings.

The bisto’s name – Division West – pays homage to the town’s origin as the “West Division of Hartford” in the 1670s. 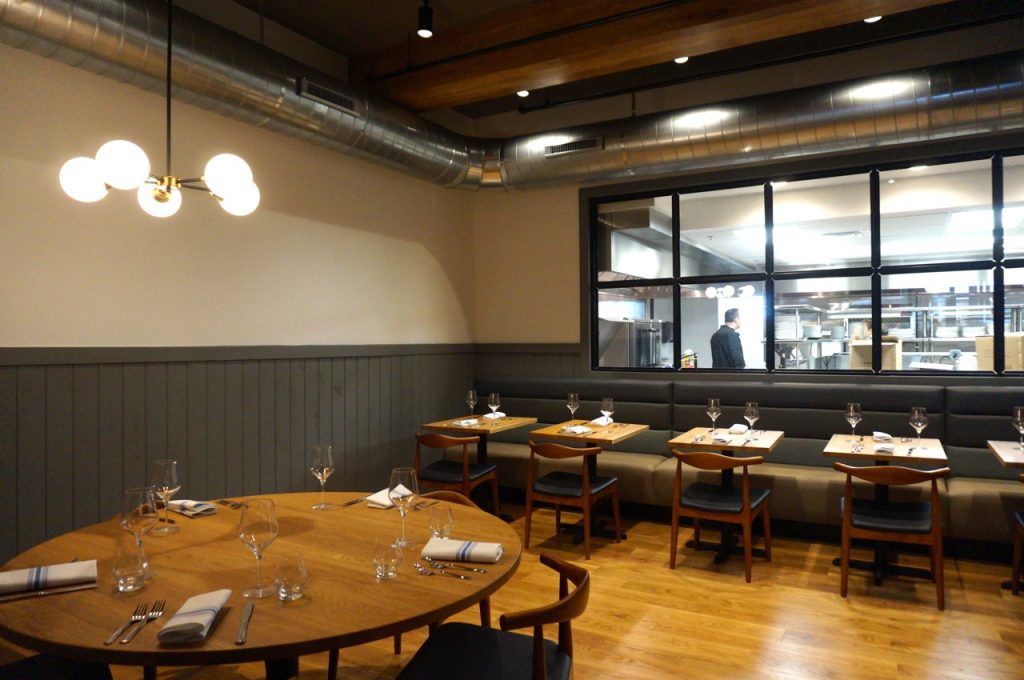 Like the menu, the decor is a fusion of the traditional and the modern.

The spacious 150-seat restaurant has several focal points – including a large glass window framed with welded dividers that provides a view of the action in the kitchen.

Along another wall is a commissioned mural depicting West Hartford Center in the mid-1930s – when “The Last Days of Pompeii” was showing at the Central Theater. Local artist Ben Keller painted it freehand on the cement wall, Caushi said.

Set off from the dining room is the 57-seat bar highlighted by a long marble-topped bar. There guests will find award-winning mixologist Rachel Markoja, who has designed a menu of unique cocktails.”We are extremely happy to have her on our team,” Caushi said. 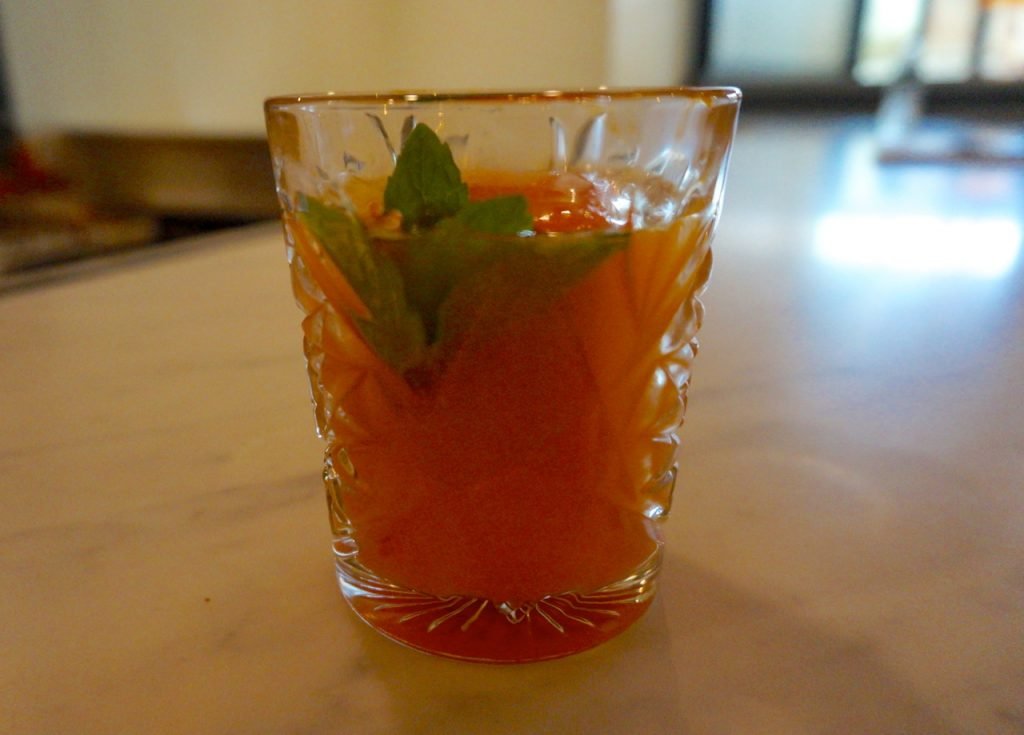 In addition to cocktails, there is an extensive wine list and a selection of beers that features six local craft beers on tap as well as Sam Adams and Stella Artois as mainstays. Other beers are available by the bottle.

In addition to his restaurant management experience, Caushi also is schooled in construction management. He said that he and Brahimi did all of the work transforming the former Coldwell Banker office into Division West themselves, other than jobs that required licensing like the electrical. “Everything you see here we did ourselves. Every screw,” he said.

They’re still working on the lower level, the former Coldwell Banker training room which will become a 59-seat private dining area, accessible with an elevator. Plans are to open that space by the end of October.

“I sat down one day with Jimi. We both love restaurants and we said, ‘Let’s do something,'” Caushi recalled. They considered buying a restaurant, but then decided to find a space that they could turn into exactly what they wanted.

It took longer than expected, but, “It came out perfectly, at least in my mind,” Caushi said.

“I’m so excited. I think we did a great job and I can’t wait to be open,” he said just days ahead of the grand opening.

Division West employs about 40 people, including 20 servers and seven bartenders. The restaurant will be open seven days a week, beginning with dinner service on Sept. 14. Lunch will be added in early October, Caushi said, and will be served Monday through Saturday.

Division West Bistro and Bar is located at 36 LaSalle Rd. in West Hartford. For more information, visit their website or follow the restaurant on Facebook. Reservations are now being accepted on OpenTable, and parties of six or more should call the restaurant directly at 860-955-9034. 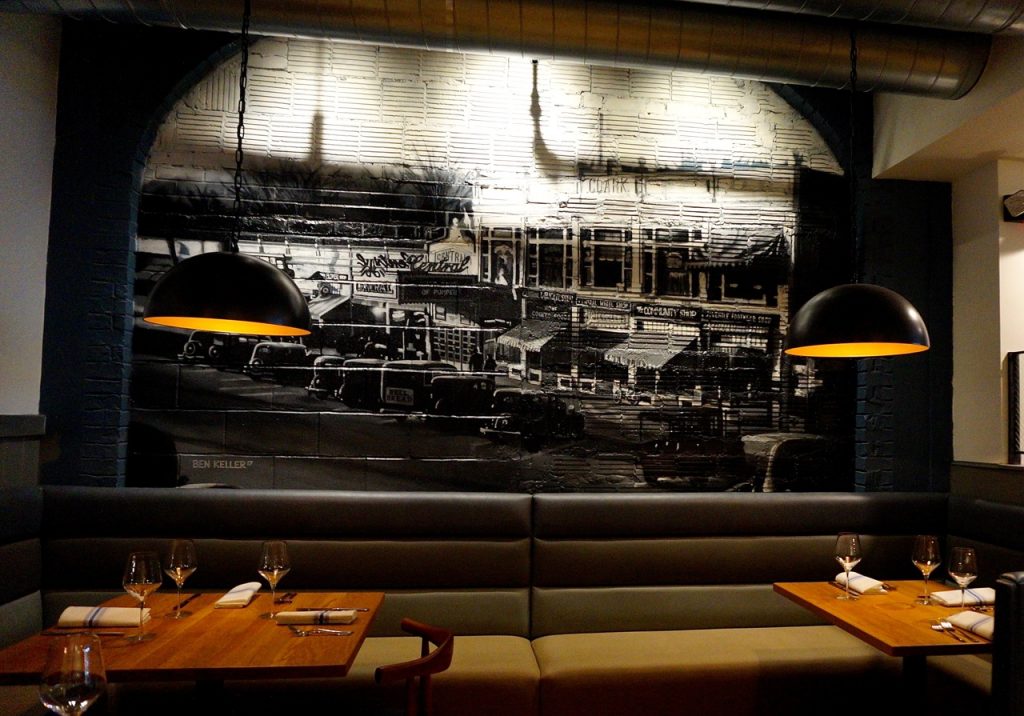 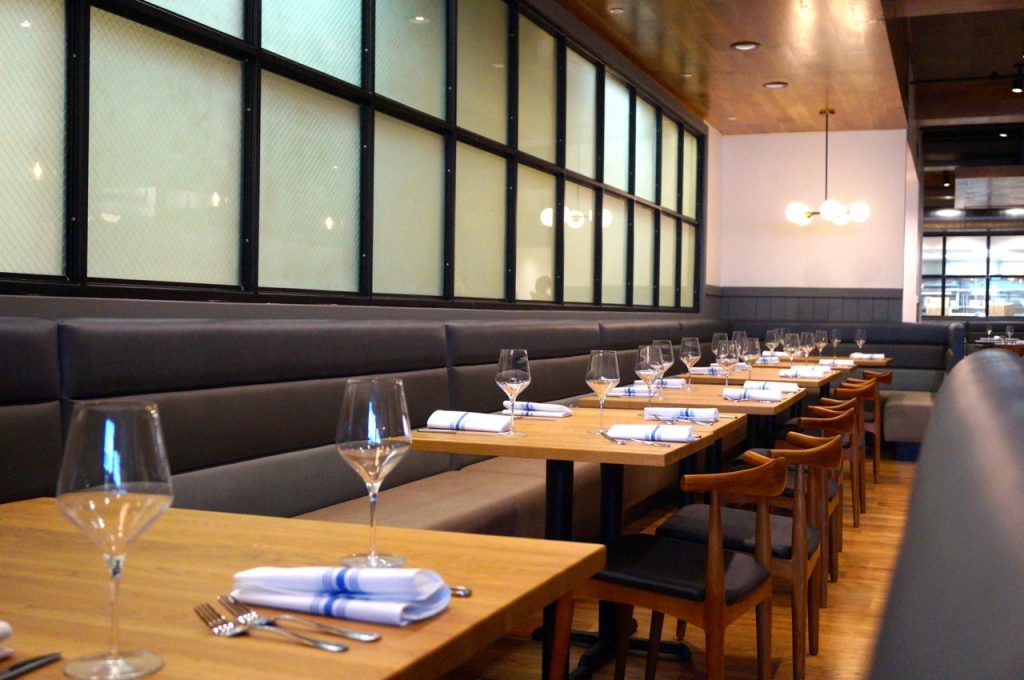 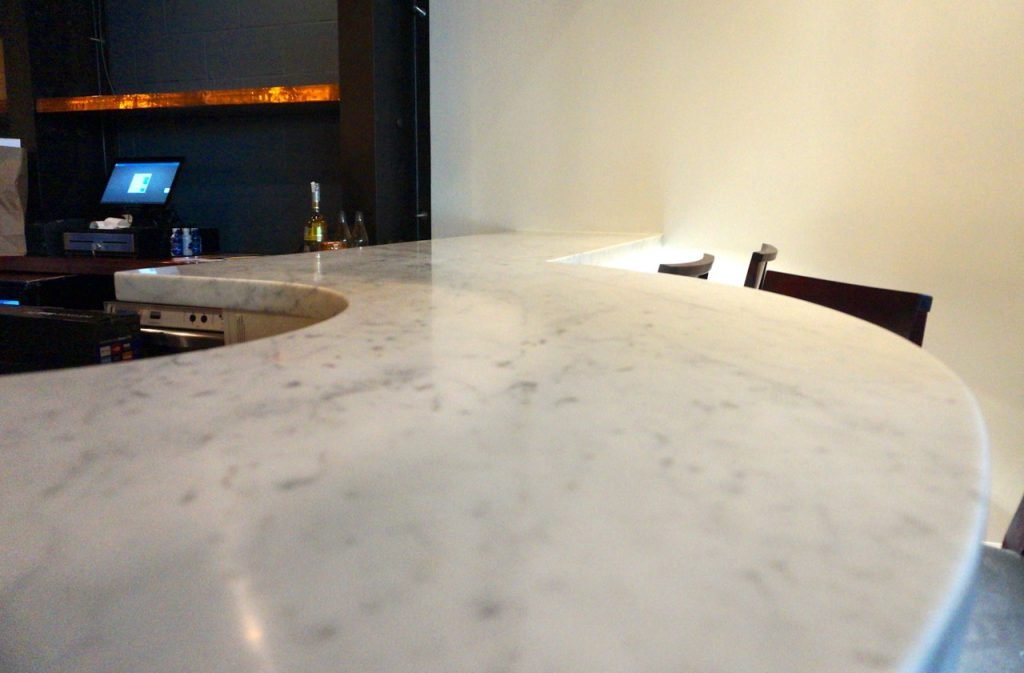 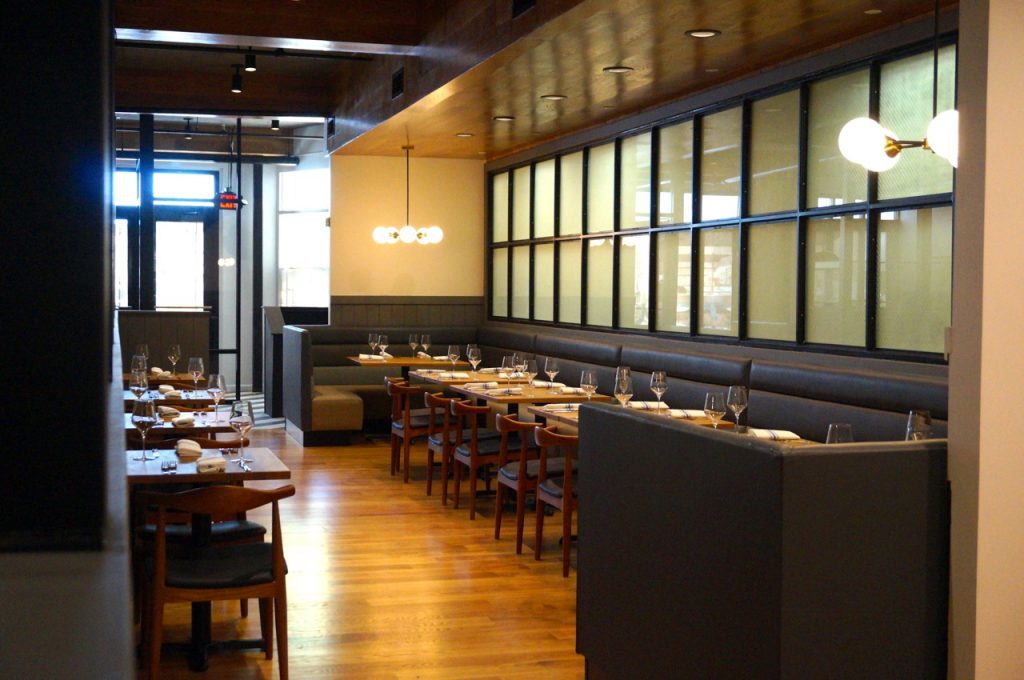 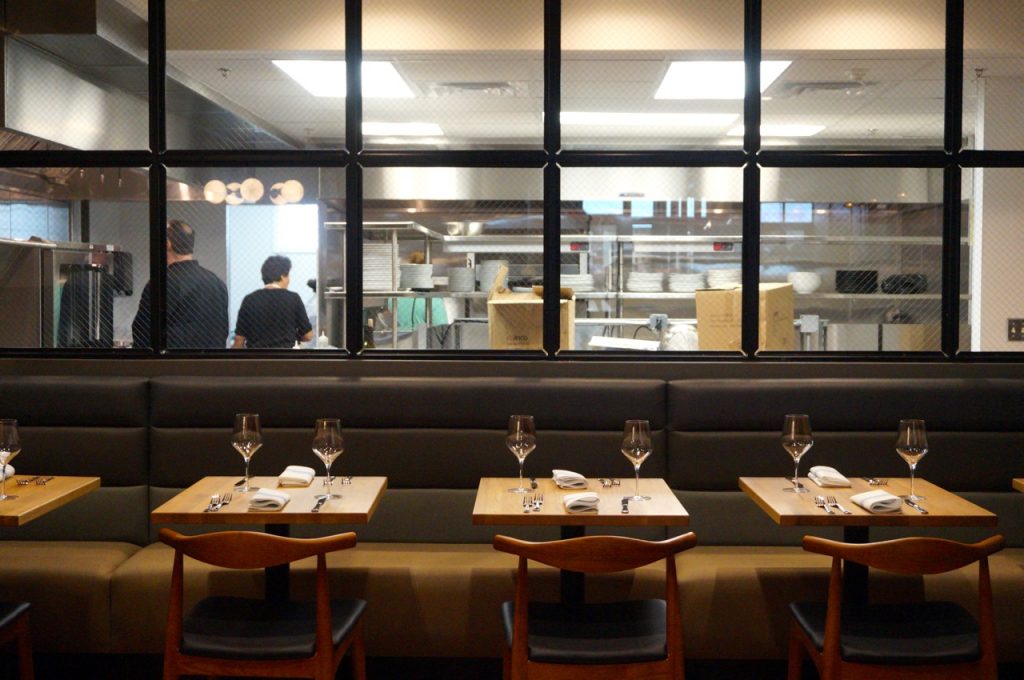 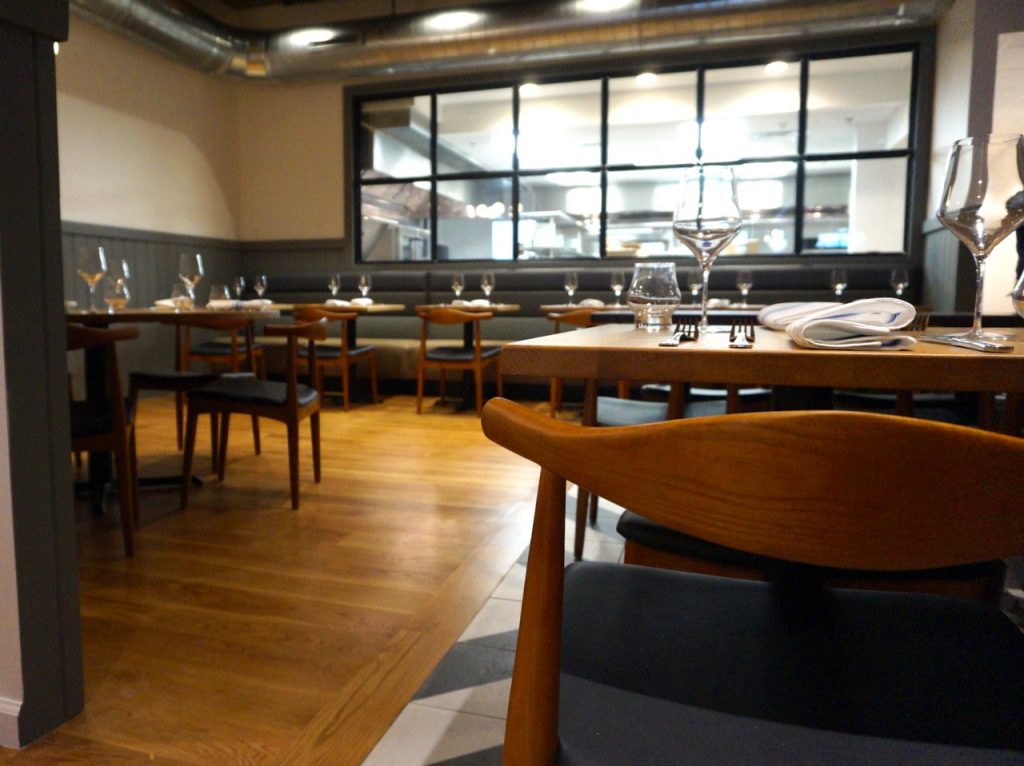 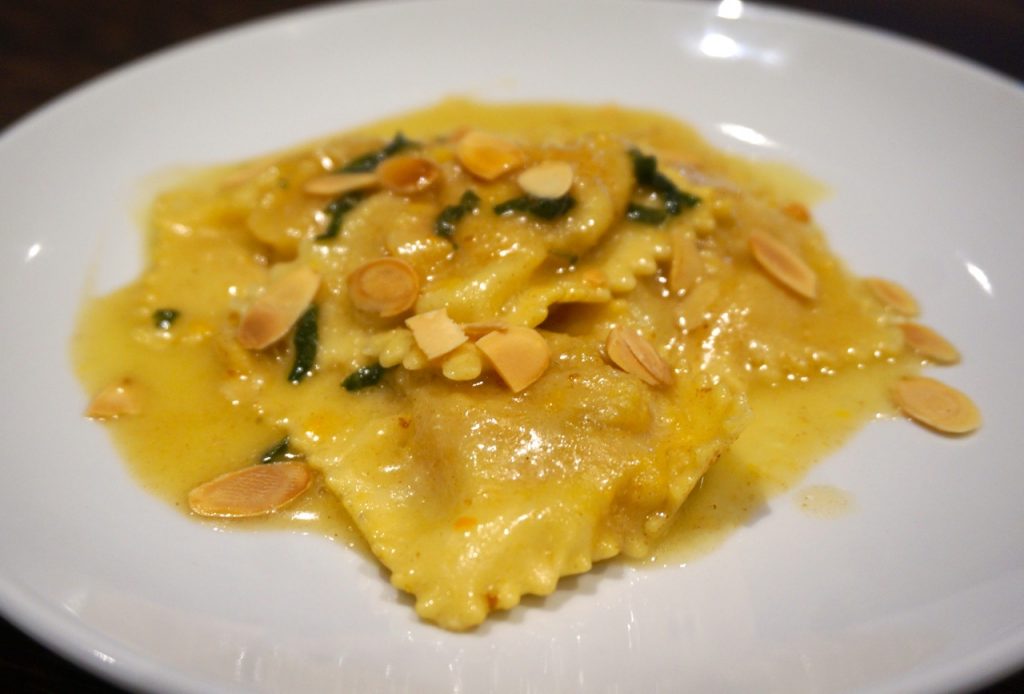 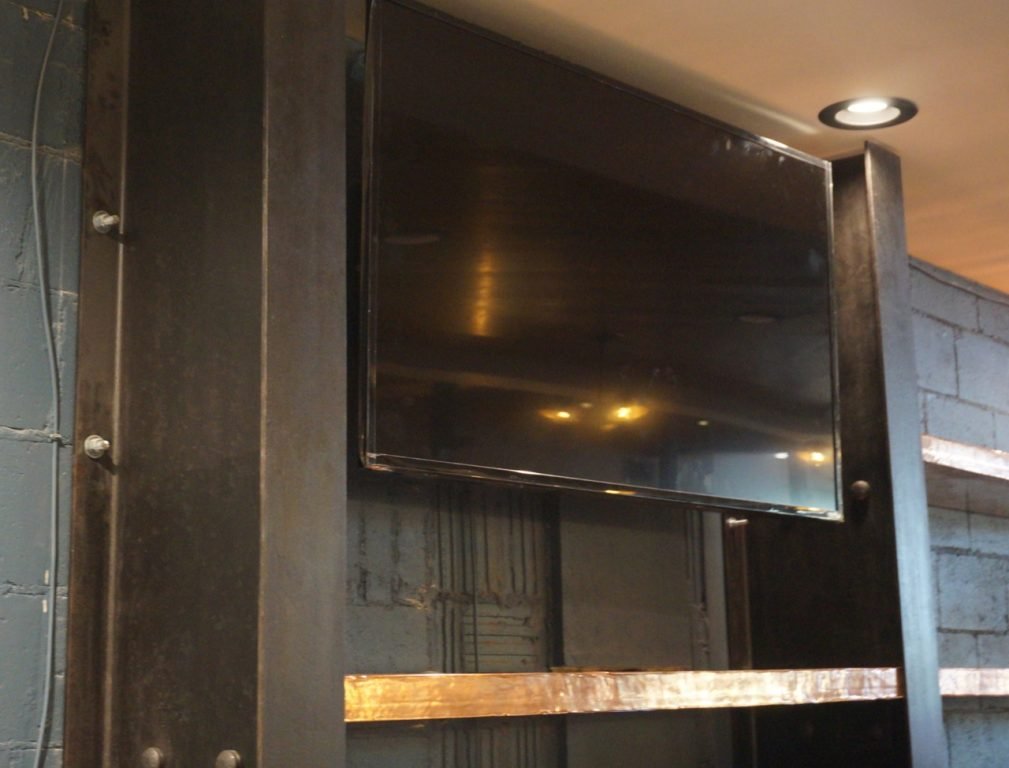 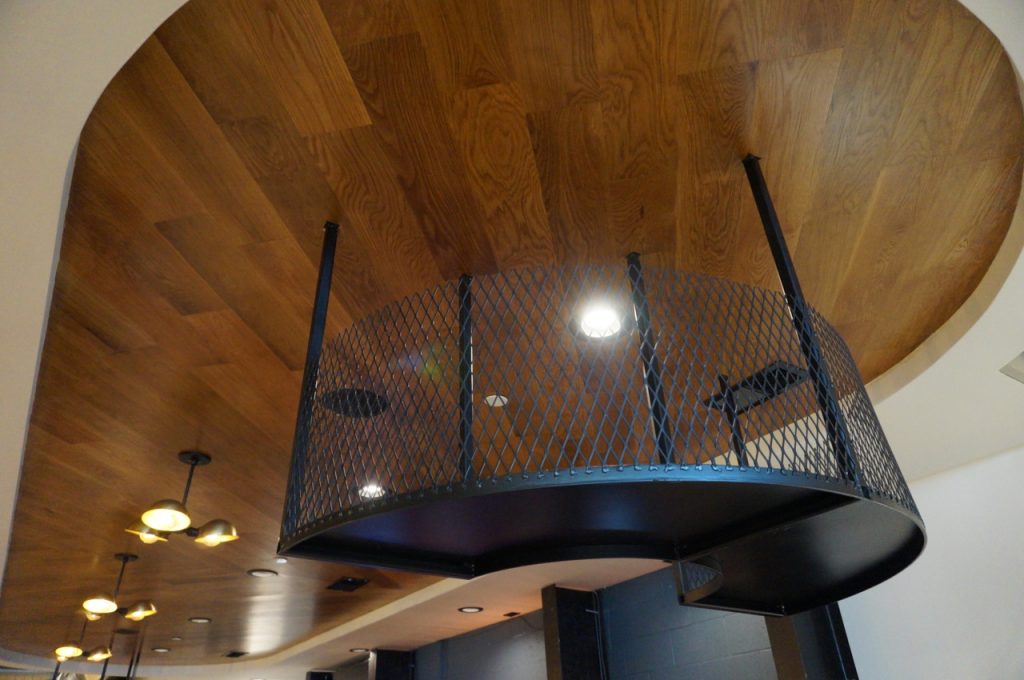