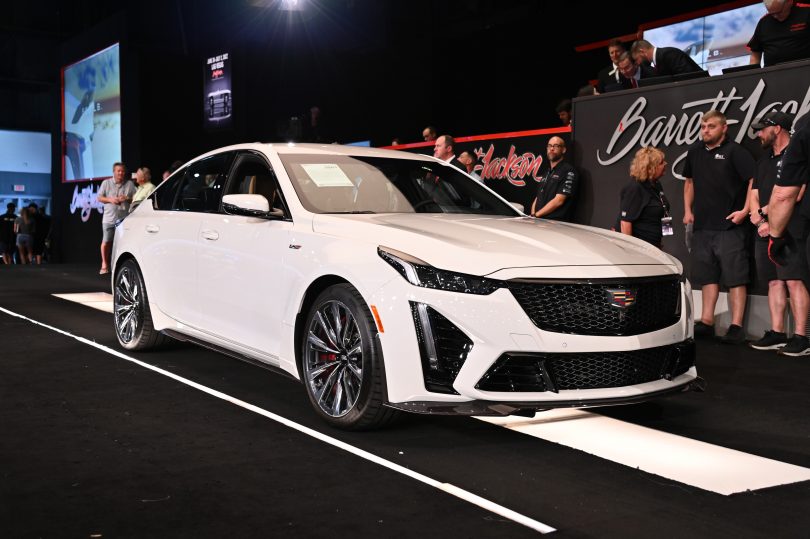 The opportunity to own the first 2023 Cadillac CT5-V Blackwing 120th Anniversary Edition raised $250,000 at the Barrett-Jackson Palm Beach auction.

West Hartford resident John Lyons is an avid car enthusiast and collector. He has consulted in the car industry for nearly two decades and follows the industry and trends closely. He has written for Car Collector, Sports Car Market, Old Cars Weekly, and written auction catalog descriptions for cars with values up to the seven figures that have been published by numerous auction houses. His consulting practice works with estates to assist in selling cars no longer needed by the families.

Down the Road … with John Lyons

Cadillac has a 120-year history that is both illustrious and somewhat checkered.

For years, Cadillac, which was founded by Henry Leland in 1902, was “The Standard of the World” but then the 1970s happened, and quality became much more of a focus. With customers leaving in droves for Mercedes, BMW, Audi, and the eventually Lexus and Infinti, Cadillac was left behind and GM needed to up its game to get Cadillac back into the mix.

Throughout the ‘90s, GM had improved engine design, upping horsepower and efficiency and delivering incredible engines like the mid ‘90’s LT1 5.7 liter V-8. This engine produced 260 horsepower and delivered an astonishing 26 mile per gallon in cars like the Buick Roadmaster, which was one of the largest American cars built during the era. Engine design and build quality was on its way into the new millennium, but clearly design was not.

Enter the legendary Ed Welburn, who became vice president of GM’s Design for North America in 2005, with a role that included leading GM’s Global Design Centers. 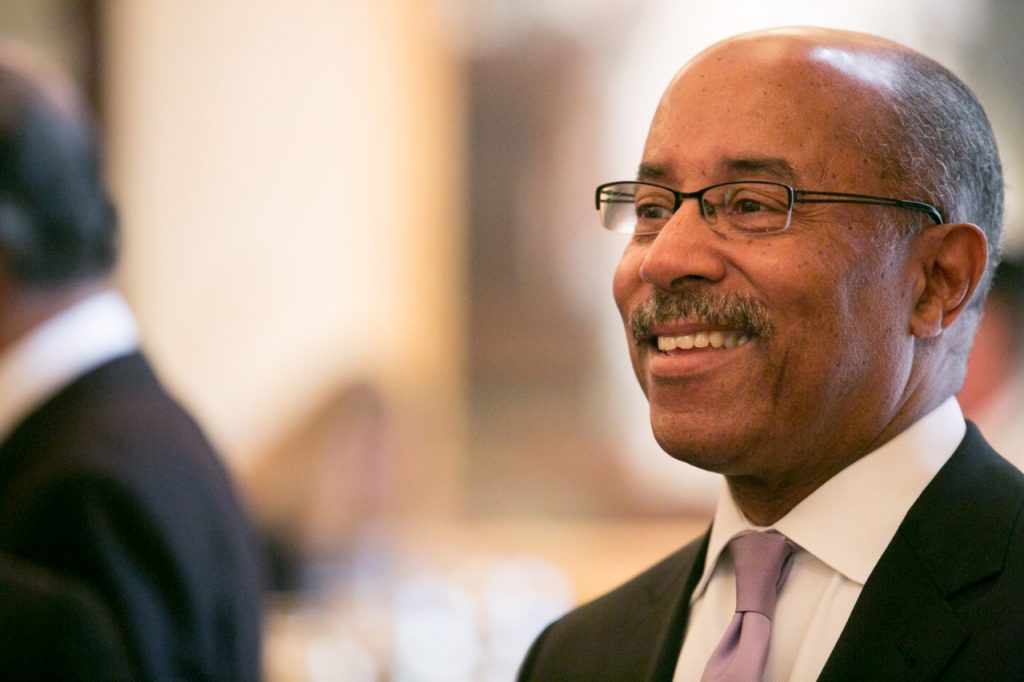 Welburn set out to completely reorganize how GM design worked globally. It was the beginning of a major turn for Cadillac. Engine design was going well, and now exterior design and interior ergonomics was starting to catch up.

Welburn would conclude his 44-year career at Cadillac in this position but his influence were apparent much earlier. The Cadillac CTS was a Welburn design and wow, did it turn heads when introduced in 2003.

Cadillac would only build on this legacy eventually turning out a 556-horsepower version called the CTS-V. Certain variants of that car have become collectible commanding far in excess of their original sticker price at auction when offered.

Welburn, being the purist, insisted on manual transmission as an option on the CTS-V and cars equipped with that transmission are highly sought after today.

The latest descendant of what is arguably his crowning achievement is the CT5-V Blackwing. The Blackwing offers elite performance coupled with incredible exclusivity.

With a sticker price ranging from the high $80s to $125,000 range for a loaded and limited production model, the Blackwing offers literal pulse pounding performance. For those seeking the absolute top of the performance / exclusivity pyramid, there is the Blackwing 120th Anniversary Edition, celebrating 12 decades of Cadillac excellence. This car prices at the higher end of the range.

This car offers a hand built 6.2 liter V-8 engine supercharged producing 668 horsepower and is available with either a six-speed manual transmission or a 10-speed paddle shifted automatic. It also is equipped with a carbon-ceramic brake package saving on weight and increasing durability. 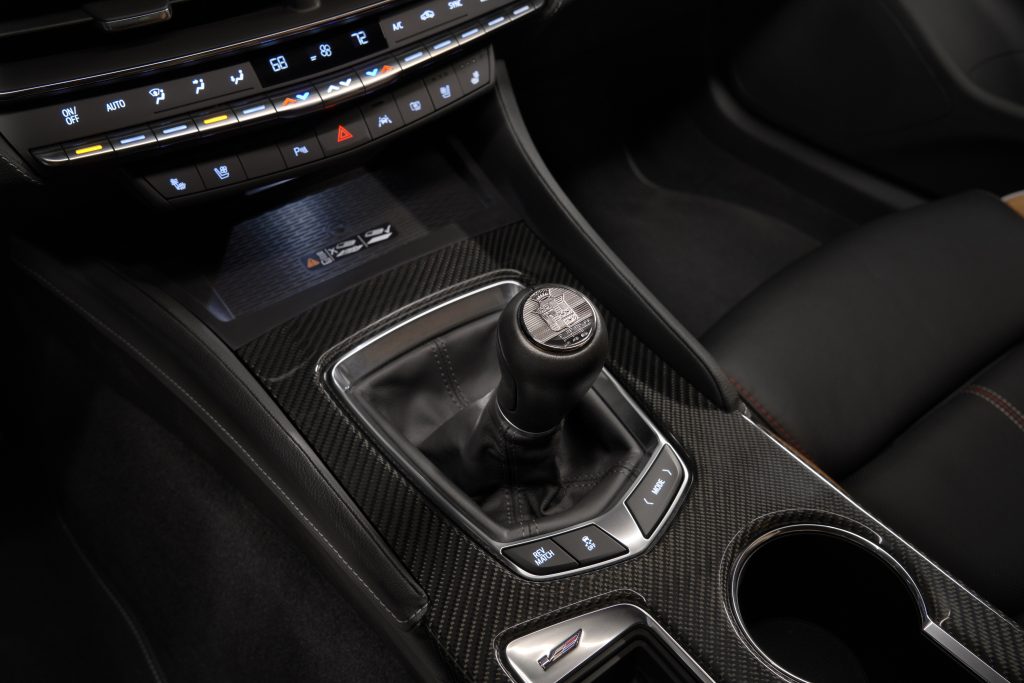 Each Anniversary Edition comes with a certificate of authenticity from Cadillac, commemorative plates, shifter medallion (for cars with manual transmission, and a driving academy experience to help buyers understand the practically unlimited potential of the car – and believe me, driving the car, it has everything performance-wise anyone could ever ask for.

I was able to test drive one this past January. Simply put, dollar-for-dollar I think it is the best car on the market (with the new mid-engined Corvette a very close second).

I drove the manual-equipped Blackwing and the power is unreal. The only car I have ever driven that rivals it on acceleration is the Tesla Model S (I’ve not driven the new Corvette yet) but the Cadillac is a completely superior experience* in all other aspects including handling and braking as the car has a race-bred feel to it and exudes confidence even in hard cornering and braking situations.

Starting and accelerating is invigorating as the exhaust note and engine sound is pure power and efficiency.

It is unlike any other car I have driven. Every inch of that engine is designed for one thing: peak performance. Likewise, the brakes are fabulous. They provide instant feedback to whatever my command is. Bear down, then they stop the Blackwing effortlessly. Using them for cornering, they don’t heat up one bit. Zero fade and zero loss of confidence.

If I were shopping for a car in this price range, this Cadillac would likely be in my top two cars on the shopping list, with the Corvette being the other one. If you do have the hankering and the means to buy one, used might be your only choice as the waiting time for a new one is up to a year long. Recently, a very low mileage 2022 with a sticker price of $95,000 sold at auction for $115,000, representing a premium of $20,000 over sticker. It was a manual transmission-equipped model. Expect an automatic to be slightly less cost.

This is an exciting time to be a car owner here. The incredible tech coupled with remarkable engine and design technology is resulting in some of the best cars the world has ever seen. Each year, manufacturers keep outdoing themselves, and cars like this Blackwing are the result.

A couple of concluding noted on Ed Welburn:

He retired on July 1, 2016. At that time, GM dedicated its Center for African American Art at the Detroit Institute of Arts to Welburn. He also received the Detroit Free Press’ first Automotive Difference Maker Lifetime Achievement Award that year.

In March of that year, I was lucky enough to sit next to him at dinner and hear first-hand how some of his design ideas became reality.

*The Tesla Model S is not a performance car. It focuses more on technology. The brakes and suspension of the Tesla are not designed for the type of driving I did in the Blackwing or what GM intended. I will review the Model S in an upcoming column.

West Hartford resident John Lyons writes a monthly column reviewing cars and talking about the industry. He will also provide tips for those purchasing a car to help readers get the best deal.

A version of this column appeared in the July issue of West Hartford LIFE.