West Hartford Police said that a portion of New Britain Avenue in West Hartford will likely remain closed through rush hour Tuesday while wires are removed and a new utility pole is installed. 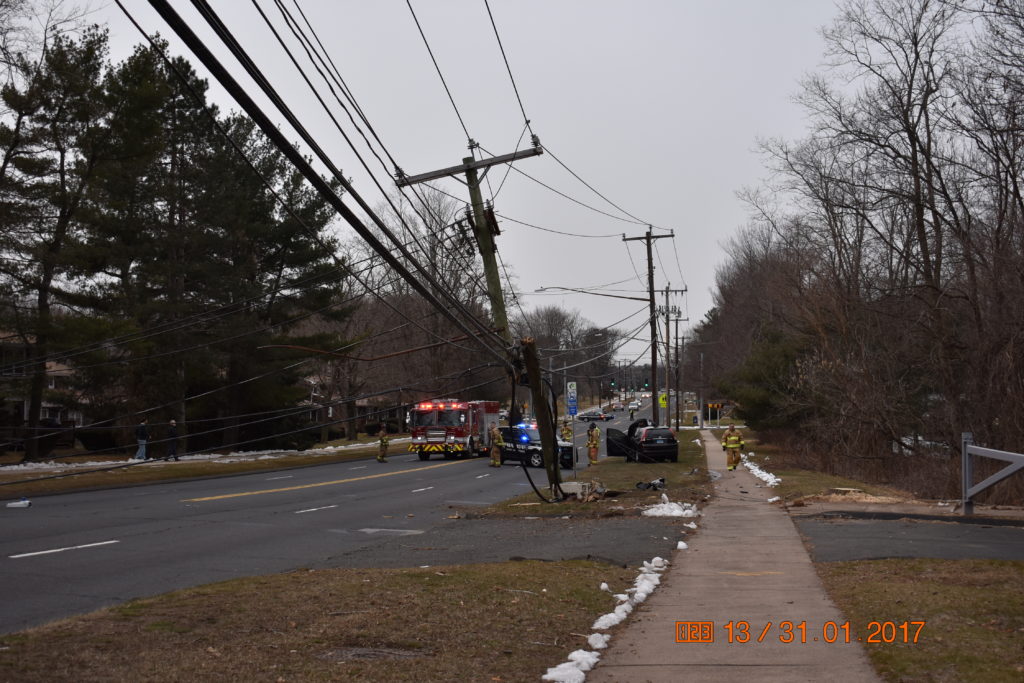 A 2013 Honda CVR severed a utility pole and came to rest against another pole, bringing down wires and closing a portion of New Britain Avenue for hours on Tuesday. Courtesy of West Hartford Police

A single car crash Tuesday morning has resulted in the closure of the section of New Britain Avenue from Knollwood Road to Wolcott Road while crews clean up wires that are strewn across the road and replace a severed utility pole.

That portion of the road is likely to remain closed through rush hour and into the evening, with traffic being detoured in the area, police said.

According to police, Norma Barrett, 36, of Hartford, was driving a 2013 Honda CVR westbound on New Britain Avenue. At 9:31 a.m., police said, she swerved to the right, lost control, and struck two utility poles.

Capt. Jeff Rose said that pole contained a significant amount of “specialized equipment” and that will cause repairs to the area to take a long time.

Barrett’s air bags were deployed, police said. She sustained only minor injuries and was treated on the scene and also transported to St. Francis Hospital.

The incident occurred at the intersection of New Britain Avenue and Davenport Road. Police said they have not yet been able to determine any other factors that caused the crash and are continuing to investigate.

Barrett was issued a ticket for failing to drive in the proper lane, police said. 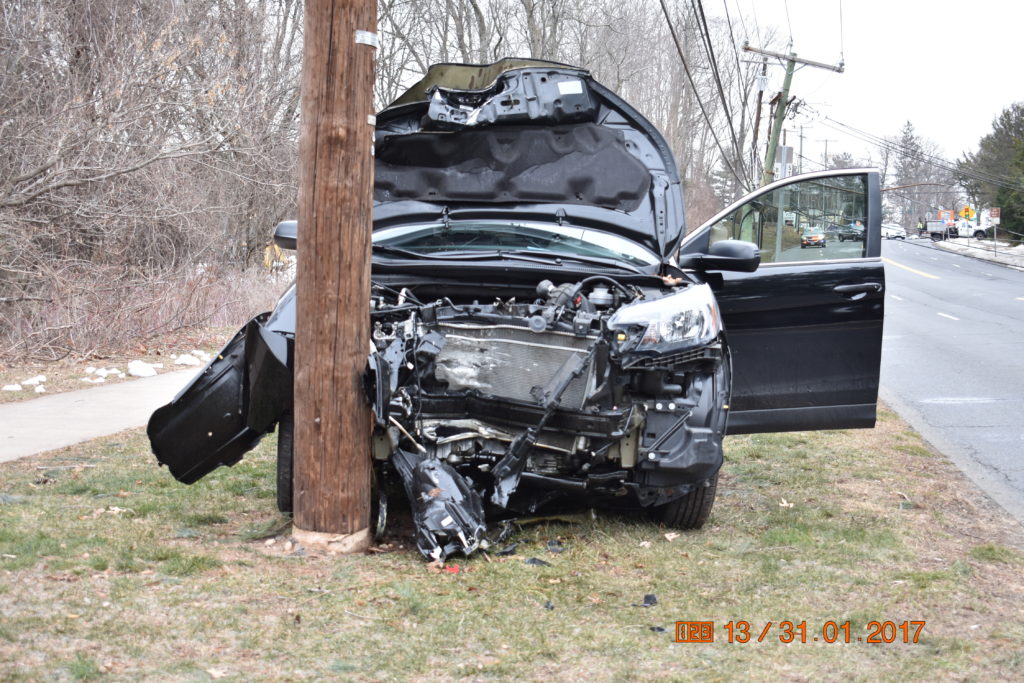 A 2013 Honda CVR severed a utility pole and came to rest against another pole, bringing down wires and closing a portion of New Britain Avenue for hours on Tuesday. Courtesy of West Hartford Police