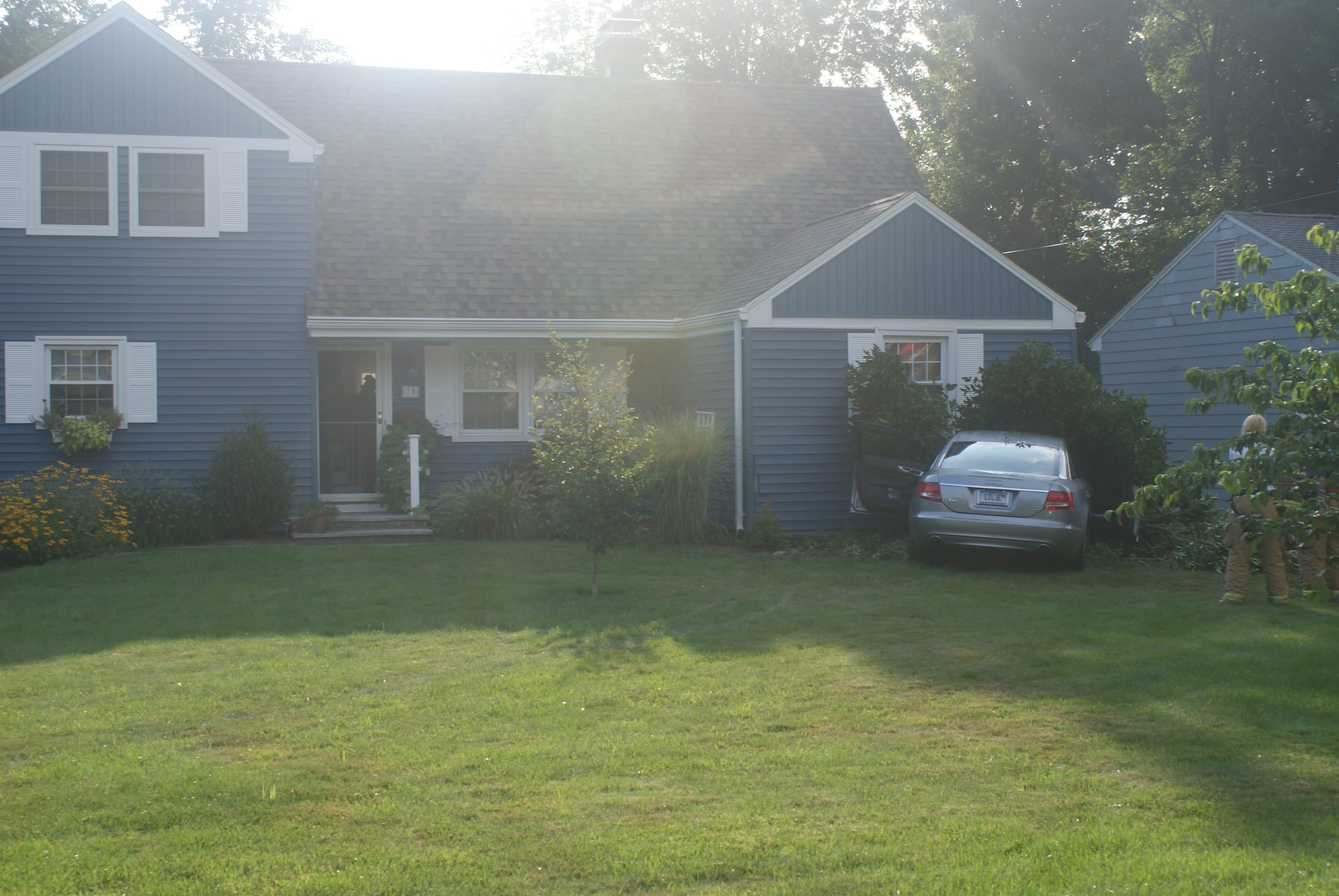 A vehicle crashed into this house at 70 Brookmoor Rd., West Hartford on Wednesday morning. Photo courtesy of West Hartford Police

The homeowner was in the room of her West Hartford home when the car suddenly crashed into it. 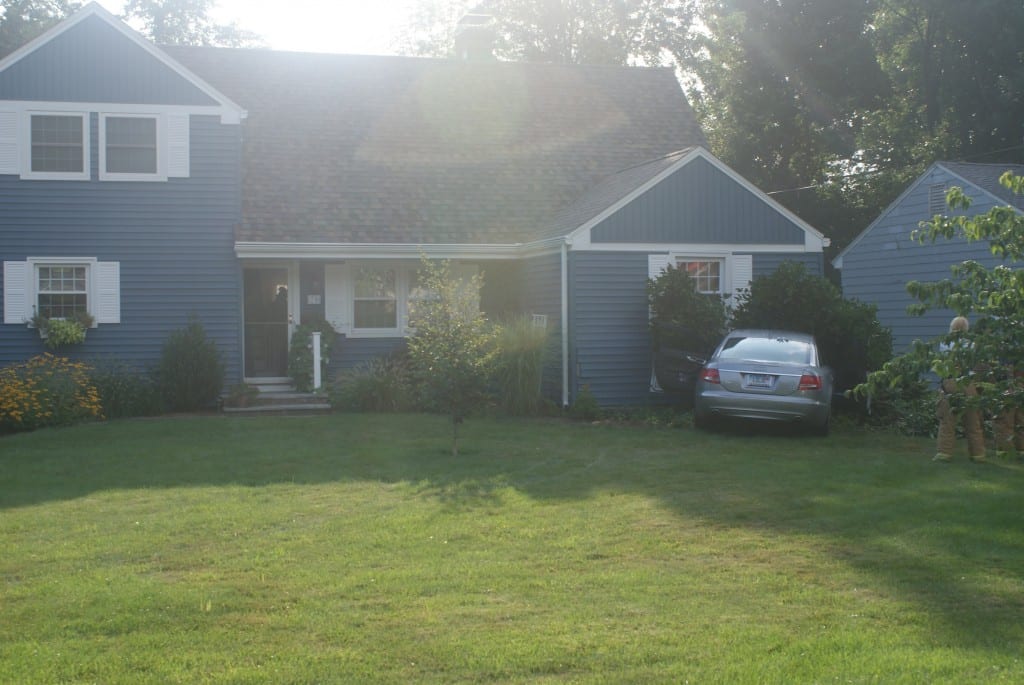 A vehicle crashed into this house at 70 Brookmoor Rd., West Hartford on Wednesday morning. Photo courtesy of West Hartford Police

A West Hartford woman considers herself very lucky to have escaped injury after a car driven by another West Hartford resident veered off the road and crashed into her house Wednesday morning.

“I was lying on the couch and all of a sudden the wall shattered, bookcases were falling,” said Marilyn Holt, who lives at 70 Brookmoor Rd.

Holt said she hadn’t heard anything before the impact, but when she went outside she saw a car embedded in the wall of her home.

According to West Hartford Police Capt. Jeff Rose, the vehicle, a 2008 Audi A6 sedan driven by Richard Liljedahl, 60, of 39 Racebrook Lane, West Hartford, was heading south on Brookmoor when it veered off to the left and struck Holt’s house. The accident occurred at 7:47 a.m., police said.

The vehicle hit a row of bushes and did extensive damage to the wall and windows of Holt’s den, police said. Holt said that her couch was untouched, and the TV remotes were still lined up neatly on the ottoman, but the rest of the room was trashed.

Rose said that the building inspector has already surveyed the property and has determined that the house can remain occupied since the damage, although extensive, was limited to that one room.

Holt said that the room that the car hit, the den, is the only part of the house that does not have a second story about it.

“It was very shocking. I didn’t hear the brakes, didn’t hear it coming at all. The airbags didn’t even deploy,” Holt said. “I’m lucky to be here, and it’s lucky that he’s in the hospital.”

Rose said that the driver appeared to have only minor injuries but was transported to Hartford Hospital by ambulance for evaluation.

Rose said that police do not yet know what caused the accident and are trying to determine if the driver experienced a medical issue. There were no other vehicles on the road at the time other than one that was behind Liljedahl.