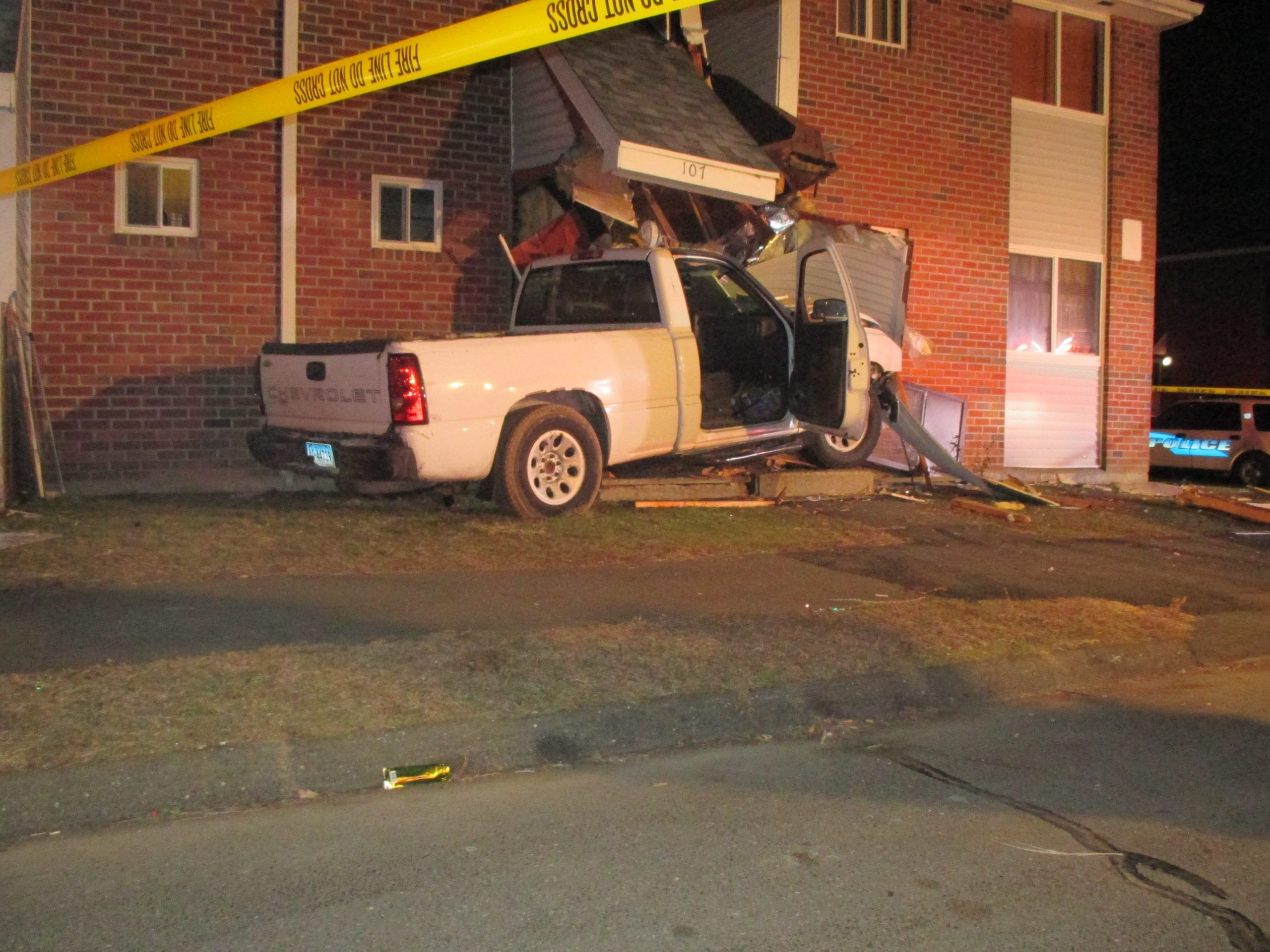 The driver of a Chevy Silverado crashed into an apartment building in West Hartford. Photo courtesy of West Hartford Police

West Hartford Police charged a man after he crashed into the entryway of a Hillcrest Avenue residence. 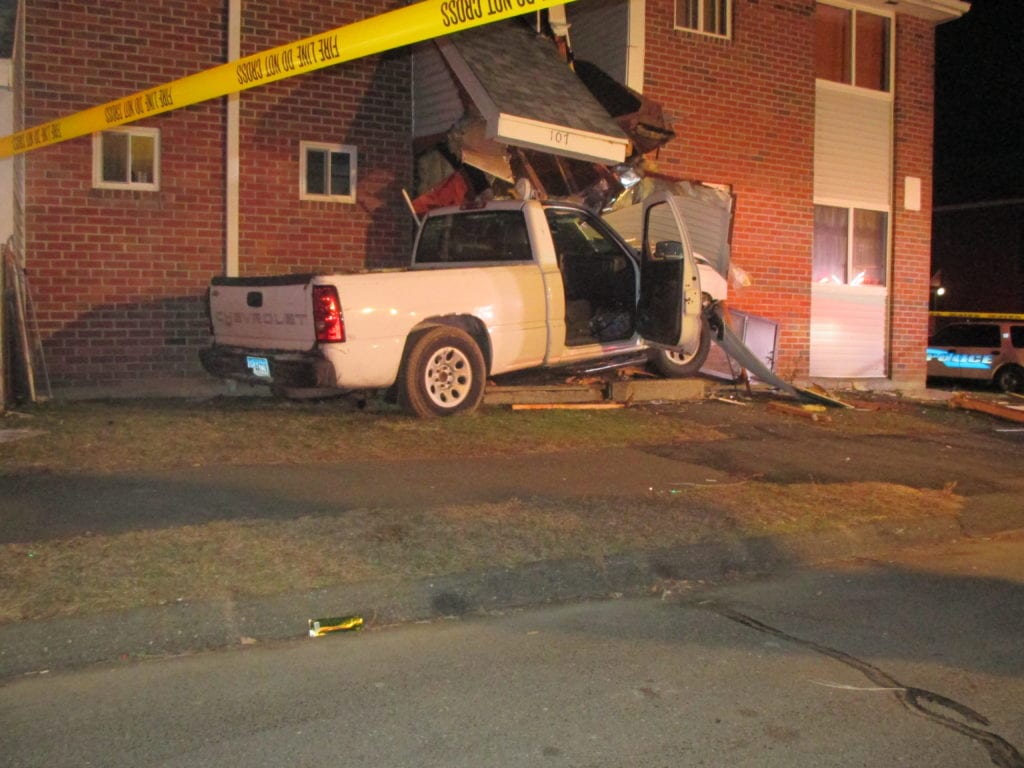 The driver of a Chevy Silverado crashed into an apartment building in West Hartford. Photo courtesy of West Hartford Police

West Hartford Police have charged a man with DWI after he crashed his truck into the front entryway of an occupied apartment building late on New Year’s Day.

According to Capt. Jeff Rose, Jose Serrano, 41, of Abbotsford Avenue in West Hartford, was heading northbound in the apartment complex driveway when he drove off the road and into the front of 107 Hillcrest Ave.

Serrano was driving a 2006 Chevy Silvarado and his wife, Damaris Velez-Ruiz, 45, was a passenger in the truck. He told police that his brakes had failed, Rose said.

Rose said that it was a miracle that neither Serrano nor Velez-Ruiz, nor anyone in the residence, was injured in the incident. The entryway to the building sustained extensive damage but Rose said he believes it will be able to be repaired.

Serrano refused to take a breath test, but was later charged with DWI. He was also found to be driving with a suspended license. He was released on $1,000 bond and is due in court on Jan. 12.