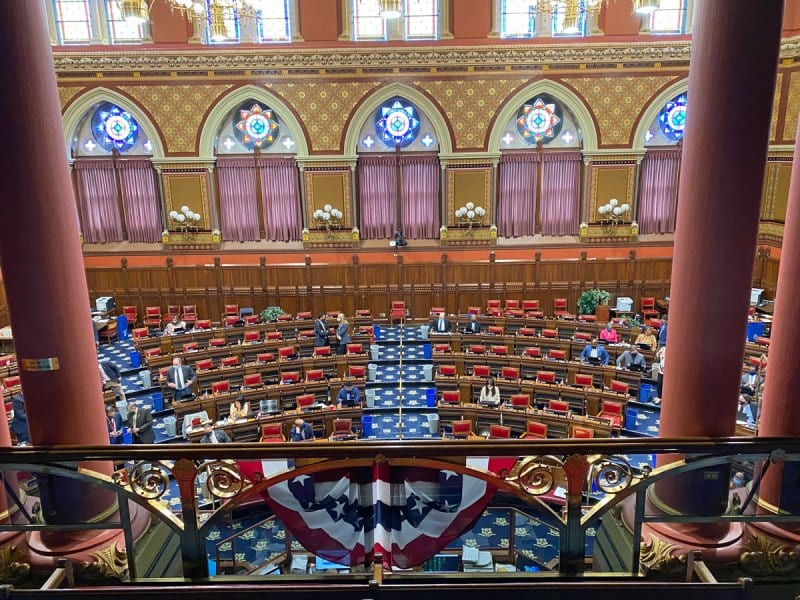 The most pressing issue will be whether or not students will have to continue to wear masks when they return to school.

Gov. Ned Lamont’s emergency powers to manage the COVID-19 pandemic expire on July 20, but a new law passed in May requires legislators to vote to extend them.

Ritter said they will ask for Lamont’s powers to be extended for six months and the most pressing issue the governor will have to contend with is continued mask wearing for children who can’t be vaccinated and attend school.

“We’re not going to know by July 20,” whether mask wearing for the fall will have to continue, Ritter said.

Ritter said the extension gives Lamont time to contemplate the issue and look at the most recent data.

Legislative leadership still has the right to veto any new executive orders Lamont may issue.

Lt. Gov. Susan Bysiewicz, as acting governor while Lamont is out of state on vacation, issued an executive order Thursday continuing the practice of requiring state contractors to disclose campaign contributions to candidates for statewide office or the General Assembly. The rule started under former Republican Gov. M. Jodi Rell and was continued by Democratic Gov. Dannel P. Malloy.

Ritter expects some executive orders to expire too.

After two months of steep declines, cases of COVID-19 have been creeping back up.

But lawmakers will be reopening the state Capitol and letting people back inside for the first time since March 2020.

In a memo to staff last week, the Office of Legislative Management said the building will reopen on Tuesday, July 6.

“Public access to the Capitol and LOB will be limited to the first floors of each building,” Jim Tamburro, head of Legislative Management said in a memo. “Legislators and staff may elect to be available to meet with constituents by appointment only in designated areas.”

He added: “Additional costs associated with use outside of normal operational hours may be charged to the responsible party.”