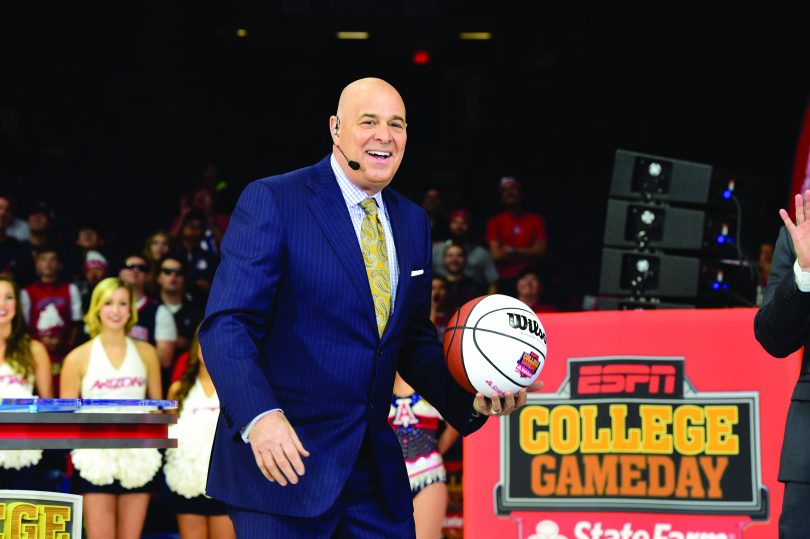 The West Hartford-based Mandell JCC will hold a Basketball Academy, led by ESPN Analyst and two-time ACC Coach of the Year Seth Greenberg, at the organization’s Valley Sports and Community Center.

Coach Greenberg, with 35 years experience as a college basketball coach, two-time ACC Coach of the Year and ESPN college basketball analyst, will lead all aspects of camp – skill & drill sessions along with competitions – and will be on-court daily interacting with players. He will be utilizing techniques with all campers that he used successfully to develop top competitive college teams and seven NBA players. Greenberg will be assisted by coaches from Quinnipiac University, University of Hartford, and JCC Sports Director Taylor Losey, as well as Division I players.

Greenberg joined ESPN in 2012 as a college basketball analyst, bringing 35 years of coaching experience to the job. He appears on various platforms, most often as a game or studio analyst, and is a regular on SportsCenter, ESPN Radio, and ESPNU.

Greenberg posted a record of 383-293 in his 22 years as a head coach (Long Beach State, South Florida, Virginia Tech) and secured 11 postseason appearances. He led the Virginia Tech Hokies for nine seasons (2003-12), where he was a two-time ACC Coach of the Year and reached the post-season six times. He is second on the school’s all-time wins list with 170-123 record, and his Hokies were 3-3 against no. 1 ranked teams with all three losses coming on the final possession of the game.

Following graduation from Fairleigh Dickinson – where he was a four-year letter winner under head coach Al LoBalbo – Greenberg began his coaching career as an assistant at Columbia in 1978. He moved to Pittsburgh two years later where he was part of a coaching staff that made two appearances in the NCAA Tournament. He then spent the 1983-84 season as an assistant coach at Virginia and helped lead the team to the Final Four.

Greenberg then moved to Miami from 1985-87 before becoming the associate head coach at Long Beach State. He was named the head coach of the program in 1990 and led the 49ers to two NCAA Championship appearances, an NIT berth, and a Big West Championship in his six years at the helm. Before leaving Long Beach State in 1996 for the head coaching position at South Florida, the team captured the Big West regular-season title. He compiled a 108-100 record at USF before taking the job at Virginia Tech in 2003.

The Mandell JCC Valley Sports & Community Center offers a variety of sports and enrichment classes for all ages including soccer, basketball, volleyball and more. For more information on all programs, visit www.mandelljccvalley.org. To register call 860-693-2378.

The Mandell Jewish Community Center is open to everyone and supported by funds raised by the Jewish Federation of Greater Hartford, a recipient of funding from the Jewish Community Foundation of Greater Hartford, and a member of the JCC Association of North America. For updates, follow the Mandell JCC on Facebook and Twitter. All dates and programs subject to change.