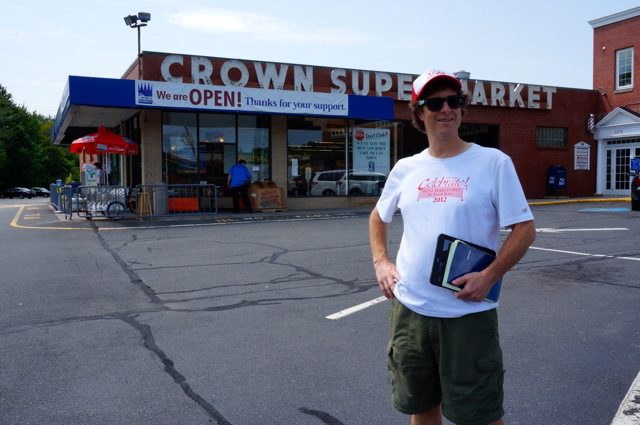 Route 44 in West Hartford was likely already the most familiar territory to Hartford Courant reporter Dan Haar when he set out on July 7, 2014, to walk the entire Connecticut stretch of the U.S. highway from east to west, from Salisbury to Putnam. As a longtime West Hartford resident, Haar has probably driven along Albany Avenue hundreds, maybe thousands of times.

One of his first observations was that walking through West Hartford was not so easy, Haar said. “West Hartford is not pedestrian-friendly on route 44. Avon Mountain was the most treacherous stretch,” said Haar. And he purposely walked that stretch on a Sunday, when traffic was lightest.

While the walking part may not have been the highlight of Haar’s trek through West Hartford, he did have some great experiences at stops he made along the way. In some cases, he’s going back to write more detailed stories.

The majority of route 44 in Connecticut, said Haar, is residential. The only long stretch that’s primarily commercial is in Avon and Simsbury. West Hartford residents may think of Bishops Corner as a commercial intersection, but Haar said that it is “very much a crossroads in a residential development.” When you walk, he said, “You pass by all sorts of houses you don’t usually notice.”

Haar’s first stop in West Hartford was at Renbrook School on Avon Mountain. A man was sitting at what appeared to be a reception desk in the entryway, and Haar said he joked and asked the man if he was the “president.” But he was sort of right with the guess. The man actually turned out to be Dean of Students Howard Wright, who is also an Abraham Lincoln impersonator. Wright gave a fantastic tour of the school, Haar said.

Wrought Iron Works, Haar said, was also a fascinating stop. In the late 1990s, an orthodontist wanted to turn the historical property at 2575 Albany Ave. into an office, but community members protested. Ultimately the West Hartford Ornamental Iron Shop business was sold, and reopened as Wrought Iron Works in 2000.  The new owners, who are from the Dominican Republic, are second-generation rod iron craftsmen. “They are still doing essentially the same thing, in essentially the same way,” Haar said, and are very proud to continue the tradition of iron work at that site.

Crown Supermarket, which nearly closed last winter until a group of prominent businesspeople (Alan Lazowski, Henry M. Zachs, and Brian Newman) announced their plans to purchase the landmark business, was also a stop along the way. Haar plans to revisit Crown to do a more in depth story about the store’s revival.

The purpose of his quest, Haar said, is not to accomplish an athletic feat. The stretch of 44 through Connecticut is a total of 106 miles. “If I did it in two days it would be a challenge,” Haar said. He’s walking an average of 7 to 8 miles a day.

Rather than a physical challenge, what Haar is doing along the way is looking at the route, and the state, from a different perspective – finding the stories, and the people behind the stories, that might otherwise never be told. He’s had the idea for this trek brewing for many years, but it materialized this year in the context of the Courant’s 250th anniversary celebration.

The project is taking a bit longer than Haar planned, because he has found so many fascinating stories along the way. And while he is walking every inch of the route, he doesn’t “live on 44” for the duration. When he’s close to West Hartford he goes home for the night, and he’s also taken a few short breaks to catch up on writing stories and for family obligations.

There are 43 posts in Haar’s blog so far, and many more stories to be written. His original background is as a photojournalist, and Haar has chronicled his trek through images as well as words.

Haar’s favorite outfit to wear while walking includes a 2012 Celebrate West Hartford technical shirt. Look for him in that white shirt, along with his Courant 250th anniversary baseball cap, heading east toward the Rhode Island border. And if you have a story related to route 44, he would probably love to talk to you. 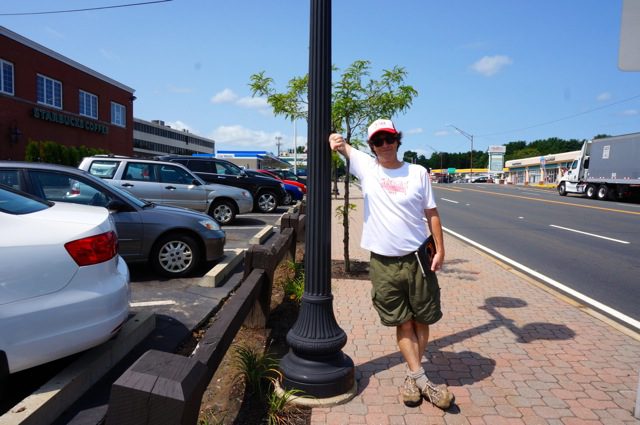