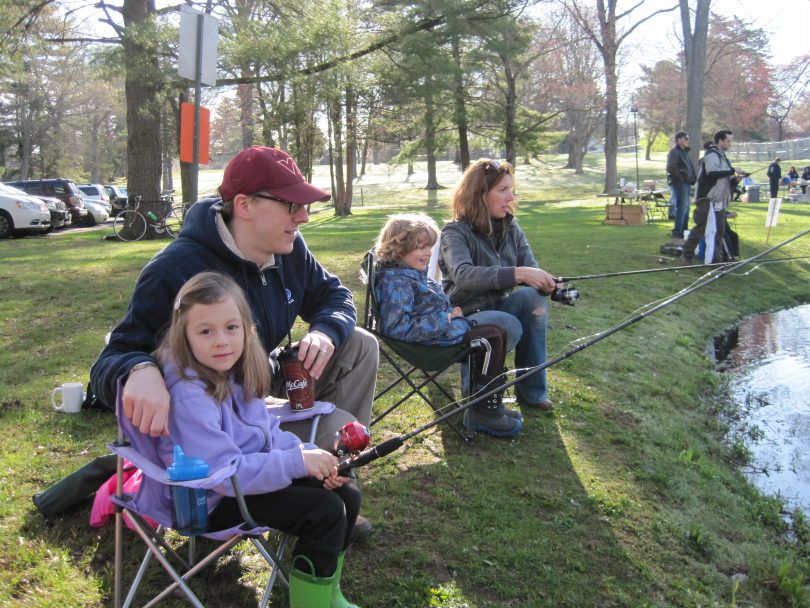 The first ever Family Fishing Festival will take place Saturday, May 13, in Fernridge Park in West Hartford.

Every May since the early 1970s West Hartford has held a fishing event, which for many children and their families has been an anticipated rite of springtime.

This year, however, rather than a traditional kids’ fishing derby, West Hartford will host the inaugural Family Fishing Festival. The event will be held on Saturday, May 13, from 9 a.m.-noon, at Fernridge Park, 567 Fern St.

“There’s really been an evolution that started a couple of years ago,” said Westmoor Park Naturalist Doug Jackson, who organizes the event for the West Hartford Department of Leisure Services. 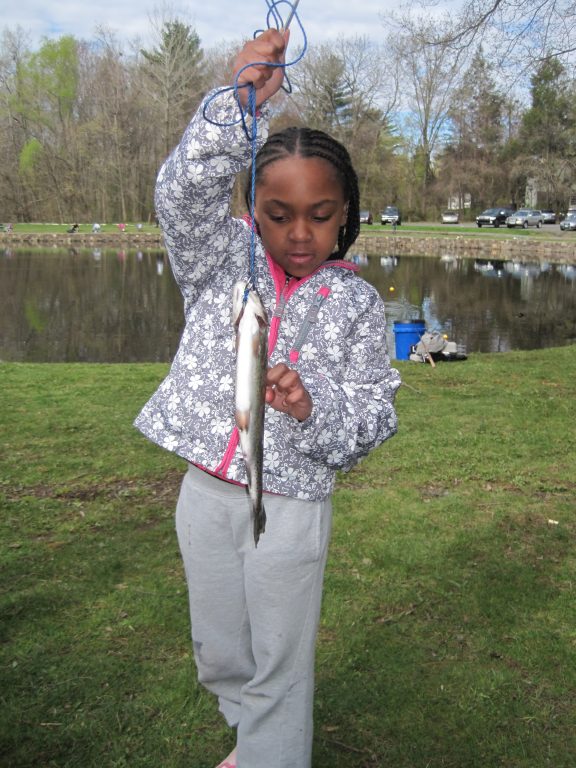 A young angler shows off her catch at a past West Hartford Fishing Derby. Courtesy photo

The fishing derby was really a really well-attended community event, but about five years ago attendance began dropping, Jackson said. Ten years ago it would be at capacity, with 200 attending, but five years ago it was a struggle to get 100 participants, and in the past few years there have only been between 70 and 80 children attending. The ticket price had remained $5 per child.

Jackson said he reached out to Department of Energy and Environmental Protection (DEEP) fishery staff to get some ideas on how to increase participation, and at the same time became certified in the Connecticut Aquatic Research Education (CARE) program. Along with that education, Jackson also learned about Windsor’s family fishing day.

Jackson believes that West Hartford children are still interested in fishing, but there’s not as much adult support as there was in the past. “We thought a free, educational festival about fish and their habitat might stimulate a family to take up fishing as a group activity.”

Jackson said that the pond will be stocked with 201 trout on the day of the Family Fishing Festival. One-hundred of the trout will measure 10-11 inches, 50 will be 12-13 inches, and there will also be some larger fish.

“That’s the catch of the day,” Jackson said. While there’s no specific reward for anyone catching the whopper, it’s all about “the thrill and excitement” if someone does hook it.

There will be prizes awarded for participating in the educational activities, Jackson said, which is a key focus of the fishing festival. Tables set up throughout the park will provide information about casting skills; fish identification; understanding what else lives in the pond like water birds, reptiles, muskrats, and invertebrates; and knot tying.

Tips about fresh water angling will be provided – with information about tackle and knots, and how to choose the right reel, bait, and lure. Information about “responsible and ethical fishing and catch and release techniques” will also be covered.

The Westmoor Park 4H Club will be on hand selling baked goods and drinks, and bait will be for sale as well.

Friends of Fernridge Park will also be at the Family Fishing Festival, providing participants with information about their organization – and Jackson said they have been very welcoming to the event.

The location had changed from Spice Bush Swamp to Fernridge several years ago, after heavy rains and flooding made it impossible to release fish for the event into the heavy current. 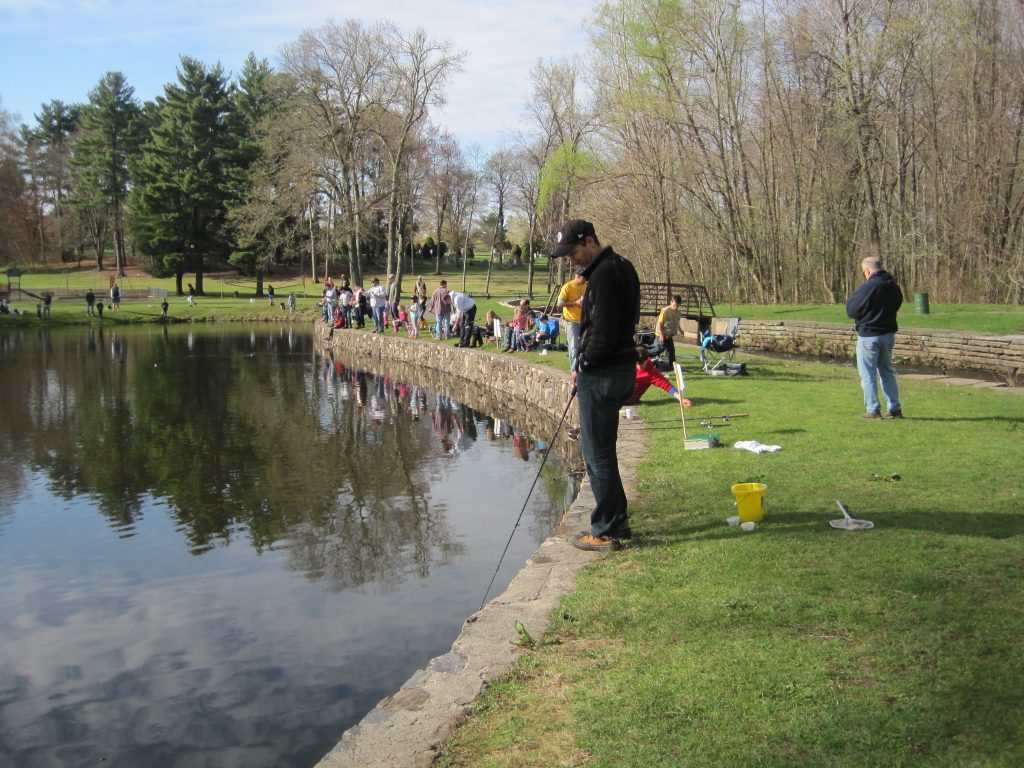 “We tried Fernridge and everybody loved it better. There’s more parking, better access all around the pond, less brush and tangles. For kids, Spice Bush was much less hospitable,” said Jackson.

“The emphasis of a family fishing day is more on education. It’s about learning to fish and enjoying the experience,” Jackson said.

West Hartford Parks & Recreation Advisory Board Chair Chris Bennett, a lifelong fisherman who has participated in the derby with his children, plans to volunteer this year. “While I’ll miss the competition of the derby, I think it will be fun to help kids catch, identify and release their fish. In past years, I’ve seen different perch, bass, and sunfish, along with the trout,” he said in a news release about the Family Fishing Festival. “I’m always surprised at how large some of the fish are.”

The event is free, but pre-registration through Westmoor Park by May 10 is required. Participation is limited to 200. All children must be accompanied by an adult and adults are permitted to participate with their children at no cost as well. Click here for more information or to register.

May 13 is also Connecticut’s “Fish for Free” Day, set aside by the DEEP for residents to fish without the need for purchasing a state fishing license.

Sponsors of the event include the Metropolitan District Commission, which helps fund the purchase of trout to stock the pond, and the Farmington Valley chapter of Trout Unlimited.